Mounting support for a review of Poel and Payne 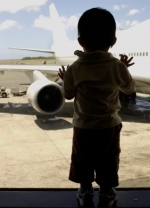 Mr Justice Mostyn has said a review of Payne v Payne [2001] 1 FLR 1052 by the Supreme Court is urgently needed. It follows Lord Justice Wall, now President of the Family Division, adding his support last February in Re D (Children) [2010] EWCA Civ 50 for a review of Payne.

The case before Mostyn J was F v M [2010] EWHC 1346 in which the mother had sought leave to remove her 5-year-old child to live in north-eastern France. Mostyn J refused the application saying that Poel v Poel [1970] 1 WLR 1469 and Payne have the tendency to almost invariably allow applications to succeed, save in those cases where it is demonstrably irrational, absurd or malevolent.

The Payne and Poel cases are controversial as they give a child's primary carer considerable freedom to relocate abroad with the child. The Payne case involved a father unsuccessfully appealing against an order allowing the mother to remove their children to New Zealand. The similar decision in Poel in 1970 is still the leading authority in relocation cases and is often criticised for coming from a era with completely different social attitudes towards shared parenting.

In his judgment, the recently appointed High Court Judge and editor of Jordan's International Family Law journal, criticised the judgments for "rewarding selfishness and uncontrolled emotions".

Mostyn J queries the fairness of this approach: "The core question of the putative relocator is always ‘how would you react if leave were refused?' The parent who stoically accepts that she would accept the decision, make the most of it, move on and work to promote contact with the other parent is far more likely to be refused leave than the parent who states that she will collapse emotionally and psychologically."

He continued: "In my view (for what it is worth) a review of the ideology of Poel/Payne by the Supreme Court is urgently needed, where the ‘emerging body of significant research in various jurisdictions' would be brought into account."

Mostyn J stated that he found that the Washington Declaration (March 2010) supplied a more balanced and neutral approach to a relocation application, as it specifically ordains a non-presumptive approach. "It requires the court in a real rather than a synthetic way to take into account the impact on both the child and the left-behind parent of the disruption of the periodicity and quantum of the prevailing contact arrangement," the judge said.

Fathers rights lobby groups have welcomed the judge's comments. Becky Sibert from Families need Fathers said: "We are pleased The Honourable Mr Justice Mostyn appreciates the importance of shared parenting and the harm of denying a child the love of both parents and their wider family. We believe the time for review of Payne is long overdue. We hope that this judgement will positively move things forward in children's best interest."

Family law practitioners have also been calling for a review of Payne. In his Newswatch opinion column a few day before Justice Mostyn's decision was released, international family lawyer David Hodson described the Washington Declaration as a major step forward. He said a review of Payne is "desperately needed" in England which has "probably the world's most liberal and generous relocation law and which has attracted much criticism from English lobbying groups, family lawyers and some judges".

Head of family at leading law firm Mishcon de Reya, Sandra Davis writes in her Newswatch opinion column today that she agrees that it's time for a rethink of Poel and Payne. "The choice to have children necessarily involves sacrifices", Sandra writes. "One of those sacrifices must be to prioritise a child's needs to maintain a fulfilling relationship with both of his parents over an often selfish desire to start afresh following parental separation."

Even Lord Justice Thorpe, who was the leading judge in Payne, accepts that the case for a shift away from Poel in England and Wales "is not difficult to articulate". Writing in June's Family Law journal (p 565), Thorpe LJ states: "The principles stated in Poel were substantially founded on the concept of the custodial parent. Furthermore there is an emerging body of significant research in various jurisdictions that must be brought into account."

The full text of the Washington Declaration is published in Issue 2 of International Family Law at p 211.