Volume of divorce petitions fall, but take longer to process 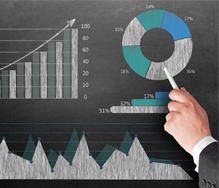 New Ministry of Justice (MoJ) statistics about the family court are just out. The headline is that the number of divorce petitions is down on the same period last year. There were 28,144 divorce petitions issued during April to June 2019, down 13% from the same quarter in 2018.

The reason for the drop in petition numbers? Some commentators are confident that legal aid cuts can be blamed for falling divorce rate. However whilst this may be a factor, there is no evidence to establish this or any other single reason. It could be linked to marriage rates being at historical lows. The truth is we just don't know.

One thing we do know is that 40%, 11,129, of the divorce petitions issued were filed digitally. This represents a good many litigants in person but we are not told how many. Online divorce was only launched in May 2018 following a small pilot so it is too early to make quarter comparisons.

The MoJ says that recently there have been changes to administration processes for divorce proceedings not only with the launch of digital applications but also the opening of the first Courts and Tribunal Service Centre in March 2009. It adds, “During this time an increase in workload has led to a backlog of cases in progress which in turn has increased the average time taken for divorce cases to reach decree nisi and decree absolute”.

For those granted decree nisi in the quarter to June 2019, the mean average time from the date of the petition was 33 weeks, five weeks up from the same period last year. The mean time from petition to decree absolute is 58 weeks up three weeks compared to the same period in 2018.

So with this fall in divorce how are the regional divorce centres doing? I picked two which are not processing digital divorces, the South West Divorce Unit in Southampton and London & South East Divorce Unit in Bury St Edmunds (BSE). One thing to bear in mind is that Southampton does not update its figures as often as BSE hence we are comparing Southampton at 17th September with BSE on 27th. On 17th September, Southampton was processing petitions from 11th September. In contrast, on 27th September BSE was only processing petitions from 29th August. How can the figures of two divorce centres differ so much? Why is it taking BSE almost a month to issue a petition?

If BSE’s record on petitions is poor it is taking even longer to issue financial relief applications, processing Forms A only from 14 August, a six week delay. The corresponding date for Southampton is 16 September.

I approached the Courts Service for comment but await their reply. In the meantime, I have a petition and Form A to issue which I won’t be filing at BSE.