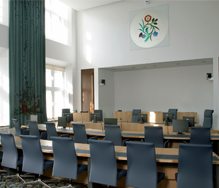 The Supreme Court has today allowed the appeals by a majority of 4-1, and determines PH’s ordinary residence at the relevant time to be Wiltshire. Lord Carnwath gives a judgment with which Lady Hale, Lord Hughes and Lord Toulson agree. Lord Wilson gives a dissenting judgment.

The below is the Supreme Court press summary.

Background to the Appeals

This appeal concerns “PH”, a young man with physical and learning disabilities, who was born in Wiltshire in 1986. He lacks capacity to decide for himself where he lives. Since 1991, PH has been living with foster parents in South Gloucestershire. In 1991 PH’s parents moved away from Wiltshire to Cornwall. PH occasionally visited them there, including at the end of 2004 just before his eighteenth birthday. Since he turned eighteen, PH has lived in two care homes in Somerset. The cost of PH’s care is currently estimated to be £80,000 per year for the rest of his life. There is no dispute that he is entitled to support. The issue is which local authority is responsible for providing PH’s support – South Gloucestershire, Cornwall, or Wiltshire? This depends, under sections 24(1) and 24(5) of the National Assistance Act 1948, on where PH was “ordinarily resident” immediately before he attained majority.

Wiltshire Council arranged PH’s foster placement under the Children Act 1989. Section 105(6)(c) provides that, in determining a child’s ordinary residence for the purposes of the 1989 Act, there shall be disregarded any period in which the child lives in any place while he is being provided with accommodation by or on behalf of the local authority. At the time PH turned 18, the National Assistance Act 1948 section 21 obliged local authorities to arrange accommodation for people over eighteen with disabilities who need care and attention not otherwise available to them (the application of the 1948 Act has since been restricted to Wales). By section 24(5), a person provided with accommodation under the 1948 Act is deemed to continue to be ordinarily resident in the area in which he was ordinarily resident immediately before that accommodation was provided for him. Section 105(6)(c) and section 24(5) have been referred to as “deeming” or “disregard” provisions.

Cornwall Council judicially reviewed the Secretary of State’s decision. The High Court dismissed its challenge. The Court of Appeal disagreed, holding that PH’s place of ordinary residence as at his eighteenth birthday was South Gloucestershire, and further that the deeming provisions did not apply to PH since each applied only for the purposes of their own Act.

Reasons for the Judgment

Lord Carnwath considers that the Secretary of State’s reasons for selecting Cornwall, which started not from assessment of the duration and quality of PH’s actual residence but from an attempt to ascertain his “base” by reference to his family relationships, cannot be supported. There is no suggestion that PH’s brief periods of staying with his parents at holiday times could amount to ordinary residence. [49]

Lord Carnwath further reasons that though attribution of responsibility to South Gloucestershire may fit the language of the statute, it runs directly counter to the statute’s policy. The only connection with that county was PH’s historic placement under a statute, the 1989 Act, which specifically excluded the placement from consideration as ordinary residence for the purposes of the 1989 Act. The policy in both the 1989 and 1948 Acts is that ordinary residence of a person provided with accommodation should not be affected, for the purposes of an authority’s responsibilities, by the location of that person’s placement. The purpose of the deeming provisions in both Acts is that an authority should not be able to export its responsibility for providing accommodation by “exporting” the person who is in need of it. It would be undesirable if, despite the similarity and purpose of these provisions, there is a hiatus in the legislation. It could also have adverse consequences on local authorities’ willingness to receive children who need specialist care from another local authority. [52-55]

Lord Carnwath notes that in construing section 24 of the 1948 Act, the statutory context is critical. The relevant provisions in each Act have the same function, namely allocating fiscal and administrative responsibility between local authorities. [57] PH was at the relevant time living somewhere he had been placed by a local authority under the 1989 Act. It would be wrong to interpret section 24 of the 1948 Act so as to regard PH as having been ordinarily resident in South Gloucestershire by reason of a form of residence whose legal characteristics are found in the 1989 Act. One of those characteristics is that the foster placement did not affect his ordinary residence under the 1989 Act’s statutory scheme. [58- 59] It follows that PH’s placement in South Gloucestershire by Wiltshire is not to be regarded as changing his ordinary residence. Until he turned eighteen, for fiscal and administrative purposes his ordinary residence continued to be in Wiltshire, regardless of where they determined that he should live. [60] Therefore the appeal is allowed and in the declaration of the Court of Appeal references to South Gloucestershire are substituted for references to Wiltshire. [61]

Lord Wilson, dissenting, reasons that at the relevant date PH and his family had all moved away from Wiltshire. [62] South Gloucestershire is the result that the law clearly compels on the established meaning of “ordinary residence”, though public policy militates against it. [65-66, 68] Though he did not adopt it voluntarily, PH was happy and settled there. [74] Parliament has not chosen to widen the provisions in the 1948 Act so as to disregard an adult’s previous placement as a minor under the 1989 Act. The majority’s analysis that the “legal characteristics” of a minor’s residence under the 1989 Act make it irrelevant to determining ordinary residence under section 24 of the 1948 Act makes the statutory disregards in section 105(6) of the 1989 Act and section 24(5) of the 1948 Act redundant. [70-71]

An article by her Honour Nasreen Pearce highlighting all the latest Court of Protection developments will be published in August Family Law.

Mental Capacity
Offers practical guidance on the Act and the...
£68.99
View product