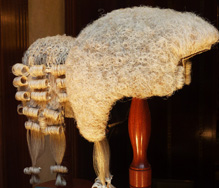 The number of applications made increased compared to last year. The 2015-16 competition received 238 applications, this year there were 254.

Alexis Campbell and Brent Molyneux of 29 Bedford Row have written and lectured for Family Law.

Sam Momtaz, who is involved in an independent review into the application of Sharia Law in England, and Mark Twomey are both contributors to Family Law.

This year's competition saw a total of 198 male applicants with 82 being successful, a success rate of 41.4 per cent.

A total of 37 advocates from ethnic minority backgrounds applied in the current round, with 16 making the grade, a success rate of 43.2 per cent. This marks the second highest appointment of ethnic minority advocates since 1995.

Solicitors accounted for 13 applications with six being successful, making this the most successful year for solicitors in the past 12 years.

Alongside the lawyers being appointed QC, Her Majesty has also approved the appointment of six  new Honorary Queen's Counsel.

'I  congratulate each one of the 113 successful applicants. The selection process  is exceptionally thorough. The application form itself is comprehensive and  time consuming; we then collect confidential assessments from judges, fellow  advocates and professional clients, who give freely of their time to provide evidence about an applicant’s  demonstration of the competencies.  Those  with sufficient evidence of excellence are interviewed by one legal and one lay  member of the Panel.  The Selection Panel as a whole then considers all the evidence and  makes a collective decision as to which applicants should be recommended for  appointment.

We  are pleased that the number of women applying and being successful continues to  rise, and that the proportion of women amongst those appointed is at its  highest level ever. However, we would still like to see more women apply.  We have commissioned research to see whether  there are barriers which may deter well-qualified women from applying.  QCA expect to publish that research later  this year.  I was also pleased to note a slight  rise in BME applicants to 15% of applications and that the success rate for BME  applicants was in line with that for other applicants.   As a  result, the proportion of applicants from BME backgrounds amongst those  appointed was also at the highest level ever.

Every year, the Panel has the difficult task of  identifying the truly excellent advocates. I have been impressed with the standard of applicants during my time on  the Panel. It has been a privilege to work with so many esteemed colleagues on  the Selection Panel over the years.  I am  confident that those appointed truly deserve to be Queen’s Counsel.'

'I commend each of the 113 barristers and solicitors, alongside the five Honorary Queen’s Counsel, for their appointments.

There is more to be done, but my message is clear - when you widen the pool of talent from which lawyers and judges are drawn, you make the justice system stronger.'