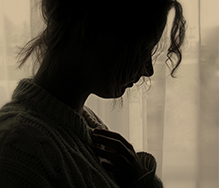 The Foreign Office has dropped its requirement for victims of forced marriage to pay fees to cover the cost of their repatriation.

The foreign secretary, Jeremy Hunt, made the pledge in a letter to the chair of the foreign affairs select committee, Tom Tugendhat, after charities complained the fees were causing victims to take out big loans. Tugendhat had raised the issue directly with Hunt in a letter on 2 January after the practice was exposed by newspaper the The Times.

Jeremy Hunt said victims’ fees will no longer be charged in an “immediate policy change” and outstanding debts will be cancelled.

Young women have had to pay hundreds of pounds for plane tickets, basic food and shelter or, if they are over 18, take out emergency loans with the Foreign Office, The Times revealed last week.

Tom Tugendhat, who chairs the foreign affairs select committee, wrote to Hunt saying he was "deeply concerned" by the revelations.