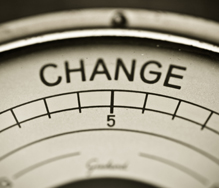 Each of these standard orders contained, or referred to, a power of arrest and assumed that section 63H of the Family Law Act 1996 was still in force. That provision has been repealed by section 120(5) of the Anti-Social Behaviour, Crime and Policing Act 2014. Instead, the standard orders should have contained the same warning notice that breach may amount to a criminal offence and a ‘Note to Arresting Officer’ as appears in standard order 10.1—Non-molestation order. Mostyn J has issued corrective orders which take effect immediately and are attached to the guidance.