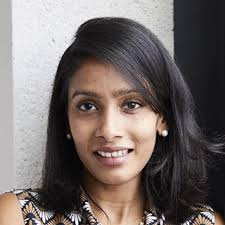 In the recent case of L v F [2017] EWCA Civ 2121 the Court of Appeal reinstated a first instance judgment that refused to grant a mother permission to relocate to Italy with the parties’ child. The case offers a reminder of the approach that the court must take when deciding whether or not to grant an appeal.

This case concerned an appeal by the father against a High Court decision that had allowed the mother’s appeal of an order at first instance. The first instance order had refused her application for permission to take the parties’ child to live in the parents’ home region in Italy.

The facts of the case were not unusual. The father and mother were both Italian nationals, who had moved to England at different stages over a decade before their son’s birth (referred to as ‘D’). Following the parties’ separation in December 2015, the care of D was shared equally between the parents. The application was a leave to remove to Italy by the mother. She also pleaded in the alternative that if she was unsuccessful in obtaining permission to relocate, that D live with her and stay with the father for five days a fortnight in term time and half of the school holidays. This was opposed by the father, who wanted the existing arrangements to continue. Within the proceedings, the mother alleged that she had experienced emotional, psychological and financial abuse at the hands of the father.

At first instance, Her Honour Judge Owens, having heard from both the mother and father, as well as Cafcass, came to the finely balanced conclusion that it would be in the child’s best interests to remain in the UK and for both parents to share his care (a week on/week off arrangement).

She said in her judgment:

‘The lack of detail in [the mother’s] plans, coupled with the impact upon D of losing regular and frequent direct contact with his father, when balanced against the impact on D of his mother remaining in England, leads me to conclude that the balance tips against her application.’

The judgment was contrary to the Cafcass officer’s recommendation, which was that mother be given permission to relocate to Italy and that, until that point, the care of D be shared, but with fewer movements between the parties.

Appeal to the High Court

The mother was granted permission to appeal to the High Court and her grounds of appeal were:

Accordingly, the mother’s appeal was allowed to be remitted to a different circuit judge for rehearing in the first instance of the arrangements for D, and thereafter, of any renewed application by the mother to relocate to Italy.

Appeal to the Court of Appeal

The father then appealed this decision to the Court of Appeal identifying five respects in which he argued that Ms Justice Russell’s decision was wrong in law, namely:

The Court of Appeal’s judgment was unanimous, concluding that the first instance decision was neither wrong nor unjust but that the decision on appeal was wrong and unjust because of serious procedural irregularity. Turning to each of the five appeal points, it was held that:

The appeal was allowed and the trial judgment restored.

Stephen Foster, Head of Divorce and Family at Stewarts, commented:

'This case is a reminder of the narrow grounds available to parties for appealing a decision at first instance. Furthermore, it is clear from the Court of Appeal’s judgment that they intend to keep the Brexit floodgates in relation to international leave to remove cases firmly shut, at least until the implications of the decision to leave the EU are more clearly understood.'

This article was originally published by Stewarts
Categories:
Articles