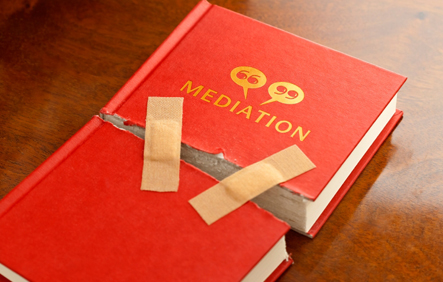 The latest round of Ministry of Justice Court Statistics show that compulsory Mediation Information and Assessment Meetings (MIAMs) have not had the impact on public mediation numbers that the Government had hoped for, argues family law organisation Resolution.

The Legal Aid Quarterly statistics show that there were 1,778 publicly funded mediation starts between April and June, which is up slightly from 1,751 in the previous quarter. However, these figures show a significant year on year fall, with 2,706 mediation starts in the equivalent period in 2013 – which is even more surprising as that was the first three months after the legal aid cuts and the start of the government push to family mediation.

This stands in stark contrast to the rise in mediation take up in private law, with indications from members of Resolution – which represents the largest number of mediators in England and Wales suggesting that private mediations have almost doubled since 2011. This, argues Jo Edwards, Chair of Resolution, points to the creation of a two tier justice system where out of court dispute resolution processes such as mediation are becoming the preserve of those who can afford them.

'While the introduction of compulsory MIAMs has made a small impact on the plummeting public mediation numbers, it has not yet been the panacea the Government hoped for. There is still a huge disparity between publicly and privately funded mediation, which we believe is a direct result of the cuts to family legal aid and consequent loss of solicitor referrals into mediation.

Resolution is concerned that this shows that access to justice, and in particular ways for couples to resolve disputes out of court, are being denied to those who lack the means to pay for it.

Since the cuts to legal aid, we’ve seen mediation numbers drop, while the numbers of people representing themselves have risen to a point where they are causing delays and serious problems in the courts. The April-June Court Statistics data from the Ministry of Justice shows that the average time for the disposal of a care or supervision application has dropped to just under 30 weeks, which is welcome news.

However, this has not been the experience for other types of cases. A survey of Resolution members, conducted three months after the 22 April reforms were introduced, shows that there have been significant delays to cases in the family court. 45% of our members report that cases involving financial disputes, are taking longer, and 37% report the same for cases relating to arrangements for children.

Resolution members work hard to help people resolve matters outside of court, but the reality is this is not possible for everyone – these delays mean people are waiting longer before they are able to move on with their lives, and children of separating parents are being left in limbo while their parents wait for a court date.

In addition, the lack of legal aid means fewer people are talking to solicitors about their separation, who would previously have signposted them towards mediation.

We believe that the Government needs to allocate some of the £86m underspend in civil legal aid for initial legal advice for separating couples, so that people know what their options are and how they can access out-of-court solutions such as mediation. It’s clear from these statistics that more needs to be done to prevent the creation of a two tier justice system, where those without the means to pay are left to fend for themselves.'