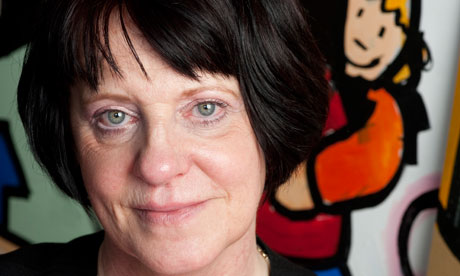 The first in-depth rights based examination of the impact of Legal Aid changes on children since 2013 shows that in 70% of private family cases one or both parties did not have legal representation. Under the ‘exceptional funding’ regime, which the Government created to ensure Legal Aid was still given to people whose human rights were at risk, only 57 grants were provided in its first year, rather than the 3,700 the Ministry of Justice had expected, due to the complexity of and strict criteria applied to the system. The findings are published today by the Office of the Children’s Commissioner in a Child Rights Impact Assessment of changes to civil and prison law Legal Aid since April 2013.

The Office of the Children’s Commissioner’s report, 'Legal aid changes since April 2013: Child Rights Impact Assessment' follows in-depth research on the effects of changes to Legal Aid. The work was done in light of the UN Committee on the Rights of the Child’s recommendation that governments should assess the impact of all proposed legislation on children. Along with lawyers, charities and others working with families, the Commissioner remains concerned about the serious potential effects of changes to Legal Aid on a wide range of children’s rights. The research included interviews with children and young people affected by the changes, desk based research and legal analysis.

Key findings on the reforms include:
Although ‘exceptional funding’ was meant to be available in cases where failure to fund could infringe the applicant’s rights under the Human Rights Act 1998 or under EU law, in practice this requires complex preparatory work, impractical for a child without a solicitor.

Only 57 cases were granted exceptional funding compared to the 3,700 the Ministry of Justice expected.

Article continues below...
In the family courts the number of private cases where:

The report also found worrying individual cases such as:
An application by a father for contact with his daughter when the mother alleged the mother had been raped by him. As the father had no Legal Aid, the prospect of him cross-examining the mother in person in court was raised. The judgement suggested that if necessary, payment for representation would need to be made by HM Courts and Tribunal Service. Rather than saving money, this simply shifted the payment from one part of the Government to another.

Many people were interviewed and their personal experiences contribute to our report. The majority reported that when they presented their problem to the relevant authority without legal support, they were ignored.

'The human cost of Legal Aid reforms is clearly immense. Behind the evidence in our research are countless heart rending stories of children and vulnerable young adults whose lives have been seriously affected by their inability to access legal representation. This means, in effect, that they cannot seek, let alone receive, justice. We should not expect children and young adults to face the complexities of the legal system on their own. These systems are daunting enough for adults, let alone vulnerable children and young people.

The detailed analysis in our Child Rights Impact Assessment demonstrate that the Legal Aid reforms do not make sense. The system is so difficult to navigate that it leads to people having no legal representation. That in turn can prevent decision-makers making decisions properly, as well as stopping individuals obtaining the justice they need.

Our research also shows that some short term savings to one part of the legal system – Legal Aid - are simply shifting costs to another, because judges direct that representation has to be funded, and this does not strike me as being a saving.

This report and its analysis give us a powerful reminder of both the severe legal problems some very vulnerable children and young people face, and the importance of legal assistance in resolving them.'

The full report is available to download here.
Categories:
News