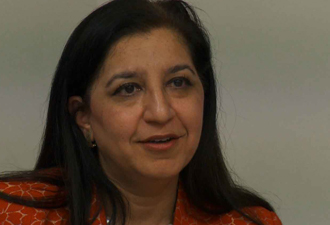 Nullity when there is a voidable marriage abroad


The issue before the Court in K v K [2016] EWHC 3380 (Fam) was whether nullity should be granted for a voidable marriage conducted abroad between British residents.

The parties had come to agree that they were not lawfully married by the 1999 UK Nikah; the petitioner conceded that she no longer sought a divorce; however nullity was important for her, as if that were granted, she would be free to pursue a financial remedy.

There was a complex factual matrix. The respondent and the petitioner were aged 74 and 61 respectively.

In 1964, the respondent was married to a Mrs B; it was held that the marriage probably subsisted until her death in 2015.

In 1972 the petitioner was married to a Mr Z. That marriage was terminated by Talaq divorce by Mr Z in Pakistan in 1994, by which time the petitioner was already habitually resident in England; it was asserted the divorce was not obtained by due process and not accepted in English law.

In 1999, the parties entered into a Nikah Islamic marriage ceremony at a Shia mosque in Tooting, South London. At the time, the Respondent was still married to Mrs B. The Respondent asserted that the Petitioner knew of this; the Petitioner said that she would have never contemplated a polygamous marriage and that she was told he was divorced. Both parties agreed that the 1999 Nikah marriage was not recognisable as a valid marriage as it was never registered under English law.

The parties were Sunni Muslim, however the Nikah was a Shia ceremony. When her mother raised serious concerns as to whether the 1999 ceremony was valid, the Petitioner stopped having sexual relations with the respondent.

On 7 January 2003, the petitioner changed her name to Mrs K, asserting that this was a step taken by her to regularise her marital status.

On 15 April 2003, the Petitioner was granted a Khula divorce from Mr Z (‘no fault’ Islamic divorce requested by the wife).

On 15 August 2003, the Petitioner claimed that a Nikah proxy ceremony took place on the telephone between the parties (both in the UK), officiated by an Imam in Pakistan in the presence of 2 male witnesses; the petitioner believed this was a valid marriage.

On 28 August 2003, the petitioner alleged there was a formal marriage ceremony at a property ‘WH’ in Pakistan owned by the respondent. At that ceremony, they were given the marriage deed. The Court was provided with both the original Urdu marriage deed and an English translation dated 22 January 2008. The Judge was content that the translation was not done for the purposes of these proceedings and had no reason to believe that it was anything other than accurate.

That marriage deed recorded that the marriage was celebrated on 15 August 2003 (the date of the alleged proxy marriage between the parties in London and the Imam in Pakistan). This was the marriage date that she now sought to annul.

"The unrivalled and authoritative source...
£509.99
View product
The respondent disputed all of this saying:
When faced with evidence of the petitioner’s passport confirming her travel dates, he was forced to concede that she may have visited Pakistan. The Judge commented, 'In alleging fraud, a party sets himself a steep evidential hill to climb'. It was one of the many points to which the Judge referred in relation to veracity of the respondent’s comments and his credibility as a witness.

The respondent strongly disputed that the petitioner had attended ‘WH’ in 2003, saying it had been rented out and providing the lease. After seeking permission, to which objections were raised by the respondent, the petitioner was granted permission to introduce into evidence two photographs which showed the parties outside WH. The respondent was unable to reconcile his previous answers.

The Judge noted that the two potential witnesses to the 2003 ceremony were not contacted by the respondent and said 'it is, in my judgment, still further evidence of the Respondent’s obfuscation and his willingness to say anything that he thinks will suit his case'.

Mr Justice Francis further noted that even though the respondent had leave under a previous order made by District Judge Robinson to make a Part 25 application under FPR 2010 (to apply for a single joint expert to deal with the allegation of the veracity of the marriage deed dated August 2003), he failed to do so.

The Judge found:
In response to the assertion made by the respondent that the petitioner was engaged in a sophisticated and devious plan involving fraudulent documents being produced as evidence of a marriage contract between the parties, the judge found the petitioner to be a 'straightforward and unsophisticated woman with whom fraud of this magnitude and sophistication seems to be rather unlikely'.

Referring to the expert report of Professor Werner Menski of SOAS (School of African and Oriental Studies), the Judge noted that by the time the expert had come to give his evidence, the parties had largely been able to agree his reports - the Nikah of August 2003 was not registered, and the respondent was still married to his first wife and had not secured her consent for a polygamous marriage.

Therefore, due to these failures, the marriage was not registered according to the civil law of Pakistan and so was not capable of recognition as a valid marriage under English law. Counsel on behalf of the respondent severely criticised the petitioner for making a number of amendments; the Judge was satisfied that pleadings had to change as facts unfolded, eg divorce to nullity.

The Judge then went on to consider a number of authorities starting with a case of Rampal v Rampal (No 2) [2001] 2 FLR 1179 – a bigamist’s claim for financial relief by way of nullity was allowed.

Counsel for the respondent placed heavy reliance on the decision of Mr Justice Holman in Dukali v Lamrani [2012] EWHC 1748 in which Holman J stated:

'… under English Law, a ceremony or event, which may have the characteristics or appearance of a marriage, may create a valid marriage, or a void marriage (that is, one which is capable of founding a decree of nullity under s 11 MCA 1973), or a "non-existent marriage" or simply a "non-marriage".'
The Judge referred to the comments made by Justice Bodey in Hudson v Leigh EWHC 1306 (Fam) wherein Bodey J stated:

'Questionable ceremonies should I think be addressed on a case by case basis taking account of a number of factors, including where the key participants, and especially the officiating official, believed, intended and understood that the ceremony would give rise to the status of lawful marriage under English Law.'
The Judge found that although the ceremony carried out in August 2003 did not give rise to a valid marriage, the fact that the parties intended and believed that this was a valid ceremony of marriage was highly material when deciding this on a case by case basis. Therefore, he concluded that he was completely satisfied that the petitioner was entitled to the decree of nullity.

This case may appear at first reading to set a precedent for unregistered nikahs in the UK to be dissolved by way of nullity, thus paving the way for claims for financial remedy. However, it is clear the 1999 nikah was a ‘red herring’. Unregistered nikah marriages conducted in the UK are still ‘non-marriages’ and do not give rise to any financial relief. The nullity decree rests and falls on the Pakistan marriage of 2003, which was held to be voidable. This builds on the judgment of Moylan J in Asaad v Kurter [2013] EWHC 3852 (Fam), in which an unregistered Syriac Orthodox marriage was held to be voidable and the wife could bring a claim for financial relief under English law.