Government to debate ‘no fault divorces’ 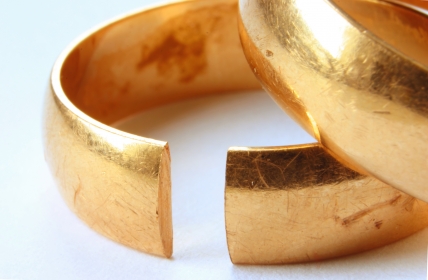 The House of Commons is due to debate Conservative MP Richard Bacon’s private member’s bill, which seeks to introduce an extra ground for legal separation to the 1973 Matrimonial Causes Act, for the second time on Friday (22 January 2016). MPs will debate the proposed reforms to the law, which would mean divorces where neither party has to admit wrongdoing would become available.

The South Norfolk MP’s bill also states that the courts should be able to grant divorces if they are satisfied there is 'an individual statement from each party that the marriage has broken down irretrievably, signed freely and independently'.

MPs passed the first reading of Mr Bacon's No Fault Divorce Bill last October, after the second reading on Friday it will need to go through a committee debate and through the House of Lords before it is passed.

Peter Morris, a Partner and specialist family and divorce lawyer at Irwin Mitchell, said the law as it current stands fails to recognise that many couples split amicably, and the system often results in one party having to wrongly admit fault in court.

'While the decision to end a marriage should never be taken lightly, the law should reflect the simple fact that sometimes, through no fault of either party, couples can grow apart. Divorce law needs to be brought into the 21st century and reflect the attitudes in modern society.

At the moment even if a couple is divorcing amicably, unless they have lived apart for two years and both consent, one of them will have to agree to admit wrongdoing in formal court documents  even if they are without blame, and therein lies the need for this legal reform.

The current system is contradictory because people are required to tell the truth in court but expected to cite reasons which may be exaggerated in order to get a divorce. Anecdotally, we hear of cases where couples have even invented reasons in order to satisfy the legal test for a divorce.

We encourage practices which help children when their parents split, and we actively encourage taking a constructive approach to help make what can be a very traumatic process as easy as possible.

The Government needs to realise that legislation must reflect modern values as it is counterproductive to have a law where there is no other option than to point the finger of blame and find one party at fault.

No fault divorce can mean that the separation has less of an impact on any children involved and may help avoid the mudslinging that can sometimes accompany court proceedings.'