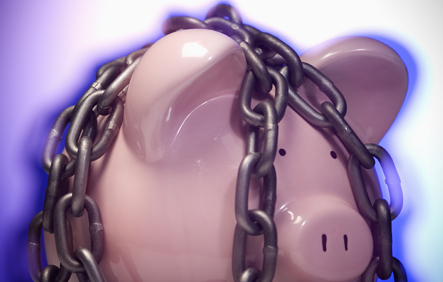 The estimate was reached by divorce and separation service LawyerSupportedMediation.com (LSM) which analysed recently published Legal Aid Agency (LAA) data to calculate that the Ministry of Justice is on course to reduce its spend on solicitors’ fees by over £100 million compared to 2012/13.

Shared across the 1,208 law firms with a government contract for providing family law services, this represents a £90,000 black hole that will need to be filled by a corresponding increase in private fees to stave off redundancies and maintain lawyer numbers.

'This is actually an opportunity for impacted solicitors to innovate and bring down the cost of family law services. Research already shows that nearly half of the 250,000 plus people who separate each year don’t consult lawyers for advice. Hourly rates of more than £200 per hour put thousands off and divorce solicitors will need to find new ways of their fixing fees for a meaningful service if they’re going to attract new business and survive in their current numbers.'

But while the analysis showed solicitors were benefiting from 'a post-LASPO lag', family barristers were none so fortunate. Payments made to barristers by the LAA for impacted family law proceedings fell from £38 million in 2012/13 to £15 million in 2013/14. This is a drop of 61% and echoes the Bar Council’s recent warning of an exodus of its members after surveying them about falling caseload.

Article continues below...
To calculate how much the LAA will save in 2014/15, LSM looked at the number of certificates for civil representation being granted by the LAA to family solicitors in 2013/14. The first half of the year showed a spike in the number of certificates granted as family solicitors rushed through legal aid casework before the April 1st funding deadline.

However, the second half of the year (October 2013 to March 2014) showed the true level of legal aid work now available as the number of certificates plummeted by 84% for disputes relating to child contact, residence and finance cases. Using this data, LSM estimated that the LAA would save £109 million on solicitors fees compared to 2012/13 – the last full year before the cuts were introduced.

LSM also predicted family barristers would also continue to suffer a fall in legal aid income as referrals from solicitors virtually dried up for impacted family proceedings. As a result, LSM estimated that barristers were likely to see income fall from £38 million in 2012/13 to £6 million in 2014/15.

LSM, which offers fixed legal advice in support of family mediation to bring down the cost of contested divorce, highlighted the shifting dynamic between solicitor and barrister as a source of muted friction that could yet go public should more family barristers start using a direct access scheme aimed at cutting out solicitors.

'How impacted barristers respond will go some way to defining how family law services will evolve. To survive, barristers may have little choice but to start competing with solicitors for divorcing clients. If they do, this will break the historic referral bond between the two professions and create the colourful spectacle of fixed fee barristers being hired by clients with the express purpose of keeping them both out of court,' added Marc Lopatin.
Categories:
News