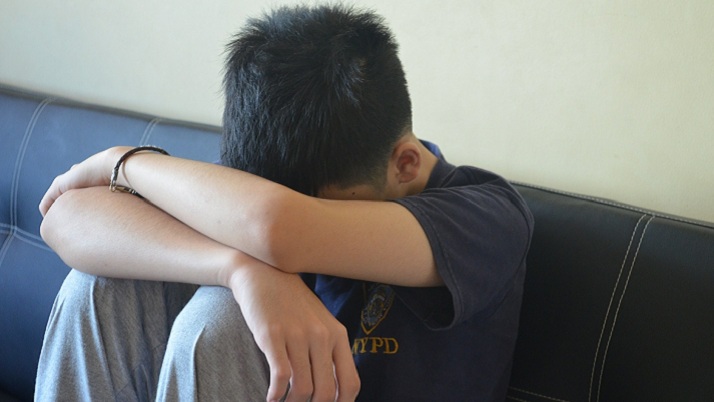 Family analysis: How should the court manage the impact of discriminatory behaviour on a child when evaluating welfare? Lyndsey Sambrooks-Wright, a barrister at 2 Dr Johnson’s Buildings, discusses the Court of Appeal’s decision in Re M (Children).

In Re M (Children) [2017] EWCA Civ 2164 the Court of Appeal allowed an appeal by a transgender parent, following the breakdown of the marriage, against an order dismissing the parent's application for direct contact with their children, who continued to live with their mother within an ultra-orthodox Jewish community. The court remitted the case to the Family Court for re-consideration.

What was the background, and what were the key issues at appeal?

This is an appeal against the decision of Peter Jackson J in J v B (Ultra-Orthodox Judaism: Transgender) [2017] EWFC 4, [2018] 1 FLR 58. That matter concerned the father’s application for contact with the parties’ five children, then aged two to 12. The children continued to live with their mother in the North Manchester Charedi Jewish community, which the father left in June 2015 to live as a transgender person. The Charedi community, the mother and the oldest child strongly opposed direct contact taking place. The younger children sought contact with their father. No contact had taken place since the father’s departure from the community.

Although Peter Jackson J felt that the children could ‘adapt considerably’ to contact with their father, the father’s application for direct contact was dismissed. It was determined that while the children would suffer serious harm if deprived of a relationship with their father, the probability was that the children and their mother would be rejected by their community if direct contact took place. The consequences of such a rejection were so great that they prevailed over the ‘many advantages of contact’. The judge acknowledged that the community’s ostracisation of the father—and potentially of the children—because of the father’s transgender status amounted to unlawful discrimination against the father and the children.

Directions were made instead for limited indirect contact, the creation of ‘narratives’ for the children and a family assistance order. The father applied for permission to appeal, which was granted by King LJ on 16 June 2017. Two organisations (Stonewall Equality Ltd and Keshet Diversity UK) were given permission to intervene by way of written submissions.

The father’s grounds of appeal were threefold, ie that:

What did the Court of Appeal decide, and to what extent does the judgment clarify the law in this area?

The following core points were emphasised:

The Court of Appeal found the following:

The matter was remitted for further hearing before Hayden J, in the expectation that a compromise position would be reached. The Court of Appeal observed that the best interests of the children in the medium to longer term necessitated more contact with their father. While the children were likely to have received professional assistance by the time direct contact took place, the court must ‘persevere’ with the issue of contact (para [138]).

What are the practical and/or wider implications of the judgment? Why is the case significant?

This appeal considers how the court should manage the impact of discriminatory behaviour on a child when evaluating welfare. The outcome is rightly deemed to have ‘profound significance for the law in general and family law in particular’ (para [5]).

While Peter Jackson J found that psychological harm would be caused to the children if rejected by their religious community, the Court of Appeal went further. It was determined that freedom of religion reaches its limits when it involves psychological harm to children (para [72]). It was also emphasised that religious issues should not restrain a court from taking a robust approach to intransigence in contact cases (para [61]).

While the Court of Appeal declined to determine issues arising under the Equality Act 2010 (EqA 2010) or the European Convention for the Protection of Human Rights and Fundamental Freedoms (ECHR), the following guidance will assist both family law and human rights practitioners.

Only the children’s school was potentially in breach of EqA 2010 – the idea of ‘community’ is too nebulous (para [86]). ‘Associative discrimination’ falls under the Act. Should a school therefore discriminate against a pupil because of a parent’s transgender status, that constitutes direct discrimination (para [91] and [94]). Discrimination motivated or mandated by religious belief does not make that discrimination lawful (para [95]).

As a matter of public policy, unlawful action under EqA 2010 should not be treated as a reason to refuse direct contact (para [97]).

This issue was insufficiently addressed by Peter Jackson J. Parental agreement cannot absolve a court of the duty to comply with HRA 1998 (para [100]).

Article 9 provides for freedom of thought, conscience and religion, but distinguishes between having internal beliefs and manifesting those beliefs. The latter can be restricted under Art 9(2) by the necessary limitations of a democratic society or for the protection of the rights and freedoms of others. Such restriction must be proportionate and promote a legitimate aim (para [118]).

The required level of cogency, seriousness, cohesion and importance of any belief must be established, but it is not for the court to consider the legitimacy or manner of manifestation of that belief (para [120]). In the light of the father’s protected characteristics under EqA 2010, a discriminatory religious belief – particularly ostracisation of children from the community – might not be protected under Art 9 (para [122]). The community would therefore be expected to exercise flexibility in respect of their religious beliefs. In any event, enabling contact between father and child might justify a restriction under Art 9(2) (para [122]).

An order for direct contact was unlikely to violate the community’s rights under Art 9. This is because restricting the right to express religious beliefs would protect the children’s right to enjoy family life with their father (para [134]). The interests of the child remain the paramount consideration in matters of religion.