Almost half of Britons mistakenly believe unmarried couples have the same financial rights when it comes to children, survey finds 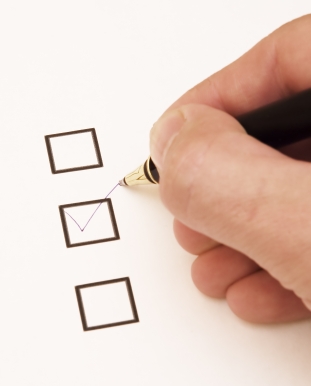 In stark contrast to existing laws, nearly half (47%) of Britons mistakenly believe that unmarried couples possess all of the same rights as married couples to seek additional financial support from one another for any children they have together. This perception – unearthed in a new survey undertaken by YouGov for the law firm Seddons – has highlighted the urgent need to progress Parliamentary legislation addressing this discrepancy.

Few are pursuing settlement mechanism which does exist, highlighting urgent need for reform.

Under the current system, the only way unmarried parents can seek financial support for a child in the event of a separation is under Schedule 1 of the Children Act 1989. However, statistics from a recent Freedom of Information request by Seddons to the Ministry of Justice indicates that few such couples are actually doing so.

In 2014, only 141 awards under Schedule 1 were recorded by The Principal Registry (High Holborn) of the Family Division (now known as the Central Family Court), which handles the vast majority of such claims in the London area. With a total of only 407 awards recorded since 2011, this is in stark contrast to the overall number of unmarried parents (both opposite- and same-sex) with dependent children in the UK, which the ONS reports was nearly 2.1 million as of 2014.

Taken together, these figures demonstrate the urgent need for legal reform and clarification of these rights, particularly given the increasing trend of cohabitating (unmarried) families in the UK, which grew by almost 30% between 2004 and 2014 according to ONS figures. Such reforms were initially attempted in the last Parliament through the Co-Habitation Rights private members bill introduced in the House of Lords. Although the bill was abandoned in the last Parliament in the run-up to last election, it has now been reintroduced in the House of Lords.

According to family law experts at Seddons, supporting the proposed legislation on the rights of unmarried parents for such financial settlements should be amongst the key priorities of the newly elected Tory majority government. Doing so would not only address this long-held discrepancy in rights between married and unmarried parents, but also help to bring much-needed clarity and public understanding surrounding the rights of unmarried couples when it comes to children.

Deborah Jeff, Partner and Head of Family at Seddons, commented:

'These insights shine a stark spotlight on the widespread confusion and misperceptions which exist in terms of the rights of unmarried parents regarding child-related financial settlements. It also appears that the single avenue which does exist – Schedule 1 claims – is widely underutilised, as shown in the data we’ve unearthed.

There is clearly widespread public support for equal rights between married and unmarried couples in this area. However, the law remains different and often less generous for children of unmarried parents in terms of capital settlements and is in dire need of reform to bring it into the modern age.

The newly reintroduced Cohabitation Rights Bill would go some way towards clarifying unmarried couples’ rights, so it is therefore imperative that the newly elected Government tackles this glaring issue with utmost urgency. Doing so would give much-needed clarity and redress to the millions of UK families involving unmarried parents. No longer can the proverbial can be kicked down the road on this issue.'