A day in the life of ... Danny Chapman 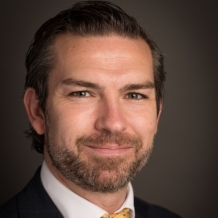 Danny Chapman is the Practice Manager at 36 Family, winner of the Clerking Team of the Year Award at the Family Law Awards 2017.

What is your position and what do you do on a  day-to-day basis?

I am the Practice Manager, a post which in the old days would have been called Senior Clerk. My main responsibility is to manage the practices of my barristers. But that doesn’t just mean filling their diaries with as much work as I can lay my hands on. It’s more about supplying them with the kind of work that will enhance their careers, making recommendations to them about how they can improve their profiles, and also helping them to find the right work-life balance: very easy to overlook. I feel that if a barrister, or anyone for that matter, is happy in their life, this will provide the best platform to showcase their talent and to give their absolute best to any task.

I am also charged with trying to build the profile of the team by arranging and attending events, whether they be seminars or drinks parties. (Obviously the latter is preferred!)

On top of these various responsibilities I have the privilege and pleasure of managing the best clerking team I have ever worked with. Without their dedication and skill, we wouldn’t be where we are as a set today, so take a bow, Ashley, Adam, Lucinda, Frazer and Frankie.

How long have you been in this role and what brought  you here?

I was the joint First Junior in my previous set and had been for 10 years. I was looking for a new challenge and then as luck would have it, I saw the advert that 36 were looking for a Practice Manager. At the time the role sounded a little alien to me, there weren’t many PMs in the industry. Of course, now there are lots of us!

Looking back to 2013, I think the job was particularly appealing because the Family Team at 36 wasn’t quite up with the best known in London, so there was clearly plenty of growth I could achieve. It was apparent, even from my interview, that the leadership of the team had a real hunger to improve, to modernise and to succeed (which remains the driving force behind everything we do today). Very quickly after I started, it was also obvious to me that in my team of barristers, I had a pool of huge talent which hadn’t perhaps been pushed before to achieve all that was possible, so with hard work and a shove in the right direction I had a team which could really fly.

Too many to count but not many that can be repeated without risking receiving my P45.

I do remember one very busy day in the clerks’ room (at a previous set of mine). One of our silks called down asking me to find out some information from the Clerk of the Rules. I made the enquiry, but it was very clear that the Clerk of the Rules was snowed under and not in the mood to be bothered by barristers’ clerks. I found out the info and relayed it back to the silk, who immediately asked to call again to ask something else. I explained that the Clerk of the Rules was very busy, so if there was anything else we needed to know could the silk please let me know now so I could deal with all of the whole issues in one call. I was told this was the last piece of information we required, so I made the call and informed the silk. Of course, as it turned out this wasn’t the last request. By the time I was asked to call for a fifth time, I e-mailed the question to the CoR instead, apologising for the constant phone calls and explaining that the barrister was being a pain in the you know what.

I was so busy when the e-mailed response came in around an hour later that I simply forwarded it to the silk in question … without deleting my original email … or my description of the silk. One grovelling apology later, that lesson was learned!

The best part of the day for me is when I get to meet new people. The worst part is doing any form of admin work. Unfortunately, the two seem to go hand in hand so there’s no escaping.

Apart from beer and money, it’s progress. When I see the direct results of what I’m doing, it’s like a drug and I want more. The feeling of getting an instruction from a new and prestigious firm is like scoring a goal at football; sadly for the team I play in, I tend to be better at the former than the latter!

Oddly enough, neither. A Berocca in the morning usually gets me through the day.

What would you say to anyone thinking of a career in  your field?

I would say that you can’t go into this job half-hearted. It’s a 24/7 job and you have to be willing to commit to it. You also have to have a very understanding wife, which I am thankful to say I have. That said, if you are willing to commit to it, it is a great job and is very rewarding. I am lucky enough to work with and alongside barristers, solicitors, clerks and many others, for most of whom I have huge respect and many of whom I can also count as friends. Not everyone can say that about their job.

As the many readers who have had the misfortune of accompanying me to KBox on a Thursday night will know, it’s anything by Billy Joel, and, of course, The Piña Colada Song.

I’m going to split this answer into two if I may and give a barrister answer, and a clerking one.

Firstly (and I’m not just being political!) it’s my 3 Heads of Team, Will Tyler QC, Hannah Markham QC and Andrzej Bojarski. They have shown incredible vision and foresight and they all have a real understanding of how a set of Chambers should be run. They are supportive, understanding (thank God) and, most importantly, amazing at what they do. It is an honour to clerk them.

From a clerking perspective I would say Steve McCrone of 1 Hare Court and James Shortall of 29 Bedford Row. I am very lucky to have worked with them both in the past and for me they continue to set the benchmark that every family clerk should aspire to.

I love spending time with my family, and for my sins, I’m still playing football. Both are great ways of keeping the fat at bay, at least for a few more years anyway.

The Godfather. Or any books on the life of Brian Clough. That man was bonkers, but brilliant!

I have no idea! I would have loved to have been a pop star, but my progress was always slightly stunted by the complete lack of talent. Maybe a Commodity Broker?

If you could change one thing about the family justice  system what would it be and why?

I myself was part of a broken relationship 7 years ago, with 2 children involved. There was no other reason behind the break-up other than that we were no longer compatible. As we weren’t married, we just agreed between ourselves on who got what, who would see the children, when and we then went our own separate ways. Had we been married, this would have been a completely different process. Well done to Resolution for all your hard work in trying to push this Bill through. I have no doubt it will happen, but hopefully sooner rather than later!

What has winning the Family Law Award meant to you?

It’s been brilliant! The fact that the Clerking Team award was voted for by the legal community makes it mean so much more to us. We know how hard we work and how much we try to provide a first-class service, but it was fantastic to find out that so many others had seen and recognised that as well. The award proudly sits on the mantelpiece in Reception, doubling up as a handy weapon in case our receptionist ever has to deal with an unruly solicitor!