The Family Law Awards 2017: celebrating the amazing talent within the family law community 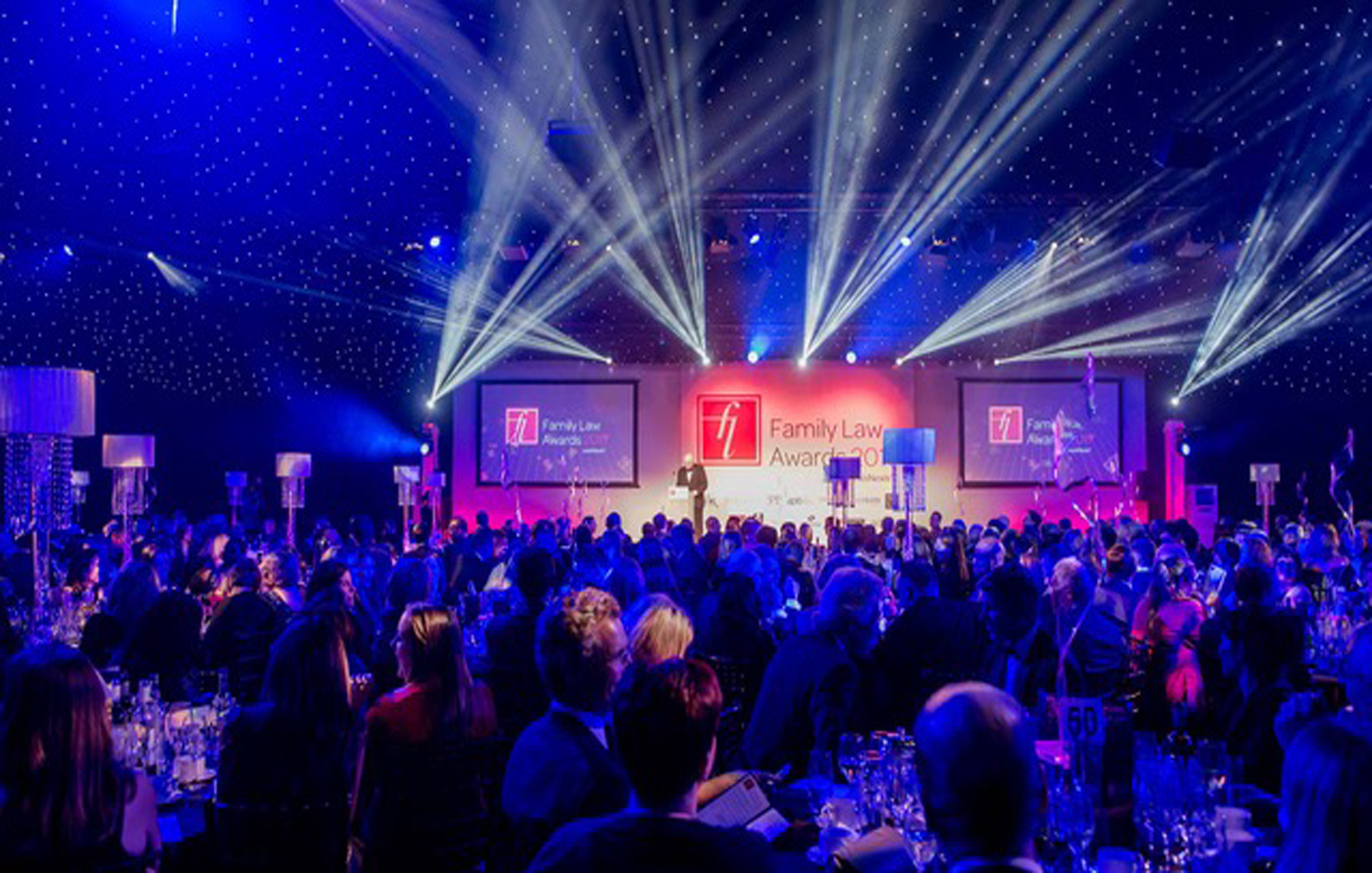 Over 500 family lawyers enjoyed a sparkling evening at the seventh annual Family Law Awards last night at the Ballroom South Bank in London.

Finalists, sponsors and guests celebrated the hard work, commitment and successes throughout the year among the nominees and the family law profession as a whole.

Sir Mark Hedley once again expertly hosted the event during which awards were presented across 19 categories.

The 2017 charity partner was the National Pro Bono Centre, the ‘hub’ for legal pro bono charities across the legal sector. Representatives of the Centre selected the winner of the Family Law Pro Bono Lawyer of the Year award, which was awarded to Alex Laing of Coram Chambers.

The remaining shortlist and winners were chosen by a judging panel made up of the heads of the Family Law Bar Association, Resolution, CILEx and the Association of Lawyers for Children, along with Family Law and LexisNexis editors and executives.

In keeping with tradition, three of this year’s awards were voted for by the family law community (Chartered Legal Executive or Paralegal, Commentator and the Clerking Team awards).

The prestigious Cornwell Award for Outstanding Contribution to Family Law, sponsored by 4 Paper Buildings, was awarded to the late Sir Nicholas Wall, former President of the Family Law Division. Accepting the award, Lady Margaret Wall announced that the family has set up an Annual Lecture in Sir Nicholas’s name, the first of which will be given by Lady Hale in May 2018.

‘The Family Law Awards are designed to champion the truly exceptional achievements of family lawyers across the profession. I’m honoured that so many have joined us to celebrate this evening as we turn the spotlight on their valuable work. Our congratulations to all those nominated and shortlisted for their efforts, and our thanks to the judges and all those who took the time to nominate.’

Family Law and LexisNexis would like to congratulate all the winners and shortlisted nominees and thank everyone who submitted a nomination and voted.

See Twitter for details of all the night's action #familylawawards

Photos of the winners are available on the Family Law Awards website.

The full list of winners is set  out below