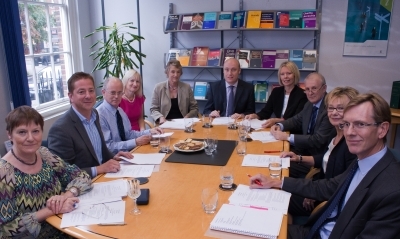 The ceremony will take place at the Hilton Park Lane on 18 October 2011.

The judging panel was made up of the heads of the three family law practitioners' associations, the Family Law Bar Association, Resolution and the Association of Lawyers for Children, along with Family Law editors and publishing executives. Judges were not allowed to vote for their own firm or chambers or for any of their colleagues.

We were overwhelmed with the positive response from the family law community. Almost a thousand people voted in the two awards open to the family law community to decide. In the six categories decided by the judging panel, we were delighted by the number of nominations we received from across the country. They revealed the amazing, and often unpaid, work many family lawyers are doing to help their clients.

We hope the Family Law Awards go some way to provide encouragement to family lawyers and recognise their commitment, hard work and outstanding achievements.

The short-listed nominees are (in alphabetical order):

MOST INNOVATIVE FAMILY LAWYER OF THE YEAR AWARD:

OUTSTANDING CONTRIBUTION TO THE FIELD OF FAMILY LAW AWARD:

If you wish to attend the awards ceremony, tickets can be purchased from our website for just £50 each. Discounts for multiple tickets are also available, please call us on 0117 918 1295 for further information quoting promotion code R324. Alternatively pay only £25 when also purchasing a ticket for the Family Law Conference 2011 which immediately precedes the awards ceremony: familylawtraining.co.uk/flc.

We would like to congratulate all the short-listed nominees and thank everyone who submitted a nomination and voted.