No role for lawyers to boost mediation

Recommendations offered by the Family Mediation Taskforce to Government start off well enough. Its title is spot on: 'What more can be done, locally and nationally, to encourage more people to use family mediation to resolve their disputes?'

Alas, that’s about as far as it goes. The report reminds the reader that taskforces tend to be commissioned by politicians for politicians. They are not supposed to embarrass ministers or recommend they scrap flawed assumptions.

In this instance, it’s clear that the Taskforce wasn’t convened to question the enduring wisdom of trying to establish family mediation as a front line service despite it living in the shadow of referring lawyers for over three decades.

Judging by the Taskforce’s recommendations it seems Messrs Grayling and Hughes still believe that some policy tweaks and low-level spending will turn the aforementioned cultural norm on its head.

With no serious challenge to ministerial thinking, the recommendations made by the Taskforce do little to address how to establish a financially viable and scalable market for family mediation.

Promoting mediation as a front line service - or a first port of call - is deeply flawed given the primacy of meeting client need. The Taskforce’s decision to recommend additional subsidy where existing subsidy has failed is evidence that ministers continue to believe promoting mediation in its own right will lead to a vast increase of attendee numbers.

It’s not as if the MoJ has been twiddling its thumbs on the communications and awareness front since April 2013. It has produced materials for mediators, convened referral bodies and chatted up the consumer press whenever opportunity presented itself.

Yet only one member of the Taskforce is listed as a communications/marketing professional. This is relevant since key recommendations - such as free MIAMs for all and paying for first joint session of mediation when one party is private and the other funded - are marketing devices intended to eek out more willingness for mediators to work with.

But as the Taskforce duly notes, people want a service that constrains the behaviour of the other party and they want to talk to someone who is on their side. They often want to exploit a power imbalance or reverse it. It explains why family lawyers are – and family mediators aren’t – to be found on the nation’s high streets paying rent and business rates.

Having said that, making MIAMS free for all is not without merit. It makes a great deal of sense given the MoJ is now expecting the nation’s mediators to change the mind of each and every Applicant forcibly diverted to them en route to court. Being able to offer them and the Respondent a free MIAM - irrespective of their financial status - is clearly a good thing.

But this remains in the context of averting litigation, hardly the moment when mediation can have its greatest impact. This takes us back to how to individual mediation services can expand and convert more passing traffic?

Lets quickly remind ourselves of how this played out in 2013/14 (when the link with referring lawyers was severed). Publicly-funded mediation plummeted by almost 40% leading to the closure of mediation services overly dependent on subsidy.

Those referrals from lawyers were presumably made in spite of the absence of any financial incentive. As the Taskforce ruefully notes, publicly funded lawyers made fewer than 30 claims for Help with Mediation in 2013/14 amounting to a legal aid bill of £6,000! In response to this spectacular lack of commercial alignment, the Taskforce recommends paying an advising lawyer £300 – as opposed £200 – for drafting a consent order.

Lets break that down: you’re a publicly funded legal aid lawyer with individual and departmental monthly targets. You’re being told you can earn an extra £100 to support mediation assuming you’re the lawyer doing the paperwork, the parties are divorcing, the case is finance/all issues and it reaches agreement at mediation.

Above all – and in light of the lessons of 2013/14 – does the taskforce really think family lawyers will just on sit their hands should free MIAMS for all result in tens of thousands of separating couples making a beeline for family mediators? Every lawyer in the land would respond by promoting free initial meetings as a matter of course.

You can – as MoJ ministers seem intent on doing – exclude lawyers from your plans. But making a competitor of the go-to high street adviser is doing family mediation no favours.

If ministers are serious about scaling up the benefits of family mediation, they will recognise the fallacy of positioning it as a front line service. You can’t legislate for long-term cultural change but you can get more people in front of mediators.

Bringing separating couples to a point of readiness to mediate requires innovation and the careful choreography of advising lawyer and mediator. One suspects the Taskforce knew this all along. 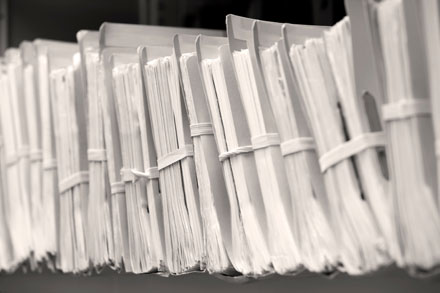