Sep 29, 2018, 19:53 PM
Fatimah Farag, David Hodson and Madeleine Gordon of iFLG explain the progress with the Istanbul Convention on the Prevention of Domestic Violence following the Royal Assent on 27th April to the Private Members Bill, which brings forward the Convention’s ratification by the UK
Slug : london-reaches-across-europe-to-embrace-istanbul-and-work-together-to-combat-domestic-violence
Meta Title : London reaches across Europe to embrace Istanbul and work together to combat domestic violence
Meta Keywords :
Canonical URL : http://www.jordanpublishing.co.uk/practice-areas/family/news_and_comment/london-reaches-across-europe-to-embrace-istanbul-and-work-together-to-combat-domestic-violence
Trending Article : No
Prioritise In Trending Articles : No
Date : May 12, 2017, 08:24 AM
Article ID : 114112

Fatimah Farag, David Hodson and Madeleine Gordon of iFLG explain the progress with the Istanbul Convention on the Prevention of Domestic Violence following the Royal Assent on 27th April to the Private Members Bill, which brings forward the Convention’s ratification by the UK

On 8 June 2012, the UK government made a commitment to help end violence against women by signing and promising to ratify The Council of Europe Convention on Preventing and Combating Violence against Women and Domestic Violence (CETS No.210) (the 'Istanbul Convention').

To the dismay of many, it did not initially appear that the government intended to follow through on this promise. Questions were raised (seemingly from government) as to whether the requisite extra-territorial effect of the Istanbul Convention could feasibly be incorporated into English law. Challenges were (understandably) mounted by politicians who said that the Istanbul Convention discriminated against male victims of violence. The Istanbul Convention’s ratification seemed to be slipping down the priority list of our lawmakers.

Then there was in the last day of this Parliament some welcome news. On 27 April 2017, the Preventing and Combating Violence Against Women and Domestic Violence (Ratification of Convention) Bill, which takes the first step towards incorporating the Istanbul Convention into domestic law, was given Royal Assent and became an Act of Parliament.

Born from an acknowledgement that a harmonised structural and legislative response to domestic violence was needed to ensure that victims receive the same protection wherever they are in Europe, the Istanbul Convention was opened for signature on 11 May 2011 in Istanbul, Turkey. The aim of the Convention was, and remains, to provide a comprehensive legal framework and approach to combat violence against women.

The Convention lays a strong emphasis on prevention of violence. The measures set forth in the Convention include granting the police the power immediately to remove perpetrators of domestic violence from the home, setting up national telephone helplines and accessible shelters, and increased availability of rape and sexual violence crisis shelters (which continue to be rare across Europe).

The Convention also defines and criminalises various forms of violence against women, including stalking, sexual harassment and psychological violence. In order for states to give effect to the Convention, they are required to introduce new offences and co-ordinated policies where they are not adequately met by existing domestic criminal legislation and policy measures. The Convention also aims to encourage states to work to eliminate ‘cultural justifications’ for violence against women, such as ‘tradition’ or ‘honour’. We have written previously on the issue of ‘honour’ based violence and legislative changes in Pakistan to address this and please see this article here.

The Council of Europe states in the Safe From Fear Safe From Violence FAQ document it produced in 2013 that ‘by accepting the Convention, governments are obliged to change their laws, introduce practical measures and allocate resources to create a zero tolerance zone for violence against women and domestic violence. Preventing and combating such violence is no longer a matter of goodwill but a legally binding obligation. The Convention makes it clear that violence against women and domestic violence can no longer be considered as a private matter but that states have an obligation to prevent violence, protect victims and punish the perpetrators. This will help victims all over Europe’.

On 12 March 2012, Turkey became the first country to ratify the Convention and 22 countries have now ratified. On 4 March 2016 the European Union Commission proposed that the EU itself ratify the Istanbul Convention (as in law it is, or regarded as, a legal entity equivalent to sovereign states). Although this is yet to occur, the EU accession should mean a mandate for better data collection at an EU level, accountability for the EU at the international level and encourage remaining EU member states to ratify or at least introduce appropriate domestic provisions. It does not however bind EU member states and is not signing on their behalf.

The UK government had flagged the issue of extra-territorial effect as a significant barrier to the ratification of the Istanbul Convention. It recognised the requirement in Article 44 of the Istanbul Convention for domestic legislation to include provisions allowing the UK’s legislation potential extra-territorial effect so that jurisdiction could be established over an offence committed by, or against, a UK national outside of our territory.

The UK already exercises extra-territorial jurisdiction in relation to many serious offences, including several relevant to the Convention, such as forced marriage, FGM, trafficking and sexual offences against children. However, other offences like rape, sexual assault and domestic violence are not covered by extra-territorial effect. Significant changes in domestic law would be required for the extra-territorial effect to be properly asserted and the Istanbul Convention’s provision to have full effect as intended.

There were also concerns raised by the Government as to the necessity of ensuring a consistent approach to ratification across the devolved administrations of Northern Ireland, Scotland and Wales. These devolved administrations would need to be coordinated in order to ensure that ratification resulted in wholesale implementation of the Convention by each of our home nations, including the extra-territorial jurisdiction provisions.

Aside from the issue of extra-territorial effect, public opposition was mounted by some, such as Philip Davies MP, who opposed the ratification of the Istanbul Convention on the basis that it only addresses violence against women, as opposed to violence against both genders. Article 2 of the Istanbul Convention sets out that the protective measures of the Convention are to apply to all forms of violence against women, including domestic violence, identifying that these issues sadly affect women disproportionately. However, the Article goes further to say that “parties are encouraged to apply this Convention to all victims of domestic violence” thus widening the potential scope of the Convention to apply it in this way i.e. to protect all victims, irrespective of gender. The UK government would therefore have the option, and be actively encouraged, to apply its provisions in such a way that male victims would receive the same support as female victims as a result of the Convention’s protective provisions. It would be overtly discriminatory for the UK government to ratify the Convention without making it clear that it and reciprocal countries treated gender alike.

The Preventing and Combating Violence Against Women and Domestic Violence (Ratification of Convention) Bill was first put forward as a private members’ bill by Dr Eilidh Whiteford MP to “make provision in connection with the ratification” of the Istanbul Convention. This was intended as a first step towards ensuring the eventual incorporation into domestic law of the Istanbul Convention and its comprehensive legal framework on ending violence against women and girls by requiring the government.
It had its first reading in the House of Commons on 29 June 2016, making its way through the various bill stages eventually to receive Royal Assent as an Act of Parliament on 27 April 2017.

The new law requires the government to set out a timetable for ratification of the Istanbul Convention, together with putting forward a comprehensive report setting out the steps which are required to be taken on a domestic level in order for the UK to ratify the Istanbul Convention. The government will be further required to report on an annual basis the progress being made towards ratification of the Convention; for example changes being made in domestic legislation to incorporate the extra-territorial effect, which had until now been viewed as a particularly significant challenge, including across the devolved administrations. This will therefore ensure that a consistent approach to ratification of the Convention is being taken by properly coordinating each of the devolved administrations. The first of these reports must be laid before the Houses of Parliament before 1 November 2017, sending the clear message that reform with a view to ratification of the Convention is now a priority.

Furthermore, once it has been deemed that the UK and its legislation is compliant with the requirements set out by the Istanbul Convention, the government will be required to make a statement to the Houses of Parliament determining that this is the case, and providing a date by which the government would expect the Istanbul Convention to be ratified.

The clear emphasis of the new Act is therefore on accountability of the government. The annual reporting requirements and deadlines are encouraging in that they put a clear onus on the government to take substantive action from now onwards to reform domestic legislation which is not yet compliant with the Istanbul Convention.

It is not yet certain how quickly these reforms can and will be introduced to give effect to the Istanbul Convention. Whilst provisions such as those giving extra-territorial effect to certain offences may take a difficult and lengthy route through the legislative process, it is anticipated that other provisions incorporating the various other requirements of the Istanbul Convention may have an easier time. By and large, the UK is one of the most advanced, Istanbul Convention ready countries in the world but additional legislation would provide:
Any next steps are likely to now be on hold until the General Election has taken place on 8 June this year. Coincidentally, this date is significant as it will mark five years since the government signed the Istanbul Convention and in doing so pledged its commitment to bring into effect the protective measures embodied by the Convention. We will be following and reporting on the progress made by the government in bringing this commitment to life.

iFLG strongly supports the positive movement towards wholesale protection and gender-neutral support of victims of violence and congratulates Dr Eilidh Whiteford, the IC Change campaign and the other coalition of supporters for their roles in bringing about this change in the law. It remains to be seen how long it will take for the UK to ratify the Istanbul Convention but the Royal Assent marks a pivotal step in the right direction and it now appears to be a question of when, rather than if, this will eventually happen.

For more on domestic violence law and practice in the international context see Chapter 20 of 'The International Family Law Practice', fifth edition, Family Law.
Fatimah Farag is an Assistant Solicitor with the International Family Law Group LLP. She undertakes a varied caseload but primarily deals with financial issues arising from the breakdown of a relationship. As well as managing her own caseload, Fatimah regularly works as a team member in complex financial cases and those with cross-jurisdictional issues. She is particularly sensitive when acting for clients for whom religion and culture plays a significant part in family life.

Madeleine Gordon is the Business Communications Manager for iFLG.

If you would like to know more or discuss these issues with us please contact us on enquiries@iflg.uk.com.


'If you're a family law practitioner whose work has international ramifications or dimensions, this book should be an essential purchase' 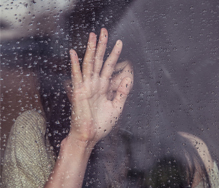