Jordan Publishing is pleased to announce that nominations are now open for the sixth annual Family Law Awards.

This year’s Family Law Awards will be held on Wednesday, 23 November 2016 at the Bloomsbury Big Top, one of the most exclusive event venues in London. This unique and innovative venue guarantees that this year’s ceremony will be unparalleled in grandeur and excitement.

The shortlist and winners will be chosen by a judging panel made up of the heads of the Family Law Bar Association, Resolution and the Association of Lawyers for Children, along with Family Law editors and publishing executives.

In keeping with tradition, three of this year's Awards will be voted for by the family law community (Clerking Team, Legal Executive or Paralegal, and Commentator Awards). A shortlist of four nominees will be selected by Jordan Publishing from the nominations received and voting will open on the Family Law Awards website in the summer.

This year’s (optional) black tie event will feature a sparkling drinks reception, three-course meal and the awards ceremony. At last year’s ceremony over 660 glasses of champagne were poured and at least 450 meals served. A DJ, disco and cash bar will ensure that this year's celebrations continue long into the night.

Over the past six years, the Family Law Awards have established themselves as an annual highlight on the family law calendar. Last year we received over 1,400 nominations and we expect that number to go up considerably this year.

Jordan Publishing will once again be proudly supporting the National Pro Bono Centre. The charity supports a wide range of pro bono projects, helping individuals and community groups all over England and Wales.

Tickets are now available to purchase from the Awards website either individually at £175 + VAT or you can book a table of 10. All previous Family Law Awards ceremonies have sold out, so book early to avoid disappointment.

For a full list of Awards please visit www.familylawawards.com

Join the conversation about the Awards on Twitter using the hashtag: #famlawawards

Ensure you have your say and place your nominations today!
Categories :
Tags : 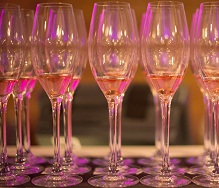