Women in recurrent care proceedings in England (2007-2016): Continuity and change in care demand over time 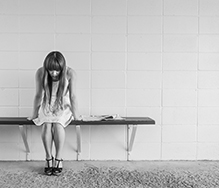 In this second article from the Centre for Child and Family Justice Research at Lancaster University, we also speak to current concerns about the continued high volume of care proceedings cases. Prompted by questions raised recently by the President of the Family Division we consider whether an increase in the number of ‘repeat mothers’ lies behind increased care demand. As stated by our colleagues Professor Judith Harwin and Dr Bachar Alrouh at p 407 above, the relentless rise in care proceedings is very concerning and requires concerted effort to uncover the factors that lie behind this increase.

This short article is divided into four sections. First we provide a new estimate of women’s cumulative risk of recurrence, updating the picture we published in 2015. Second we consider our estimate in relation to general population trends for childbearing women and the changing landscape of preventative services for this particular population. Third we present a forecast of likely care demand and consider how increased demand will bear on ‘repeat mothers’. Finally, we conclude that although women’s cumulative risk of return to court appears relatively stable over time, the continued scale of the problem is very concerning. Further, concerted effort to help women avoid return to court will reduce overall demand on the family justice system.

Order the 2021 edition
£629.99
View product
In 2015, we published the first estimate of recurrent care proceedings in England, exposing the scale of this issue. Funded by the Nuffield Foundation and using national electronic data held by Cafcass we were able to conclude that a sizeable proportion of women are repeat clients of the English Family Court and lose multiple infants and children through court order to public care and adoption. Based on all usable electronic records between 2007 and 2014, we estimated that almost 1 in every 4 women return to court within 7 years. We arrived at this figure by calculating the probability of recurrence using methods of survival analysis. Our exact estimate was that the cumulative risk of recurrence was 23.7% within 7 years, with the largest number of women returning to court following the birth of a new baby. We also identified heightened risk of recurrence for women who first became mothers aged 19 or younger.

With continued support from Cafcass, we have been able to update our original analysis, with the addition of information on cases starting in 2015 and 2016. Ideally, researchers would wait longer to undertake a further wave of data collection, however, the continued increase in care demand that threatens to overwhelm the family courts, warrants a more urgent response. Replicating the methods we used in our original analysis, but this time setting a minimum follow up period of 5 years for every woman recording an index episode in the fiscal years ending 2008 to 2011, our estimate is that 25.4% of women are at risk of re-appearing within 7 years of an index episode. Again the largest proportion will be women whose recurrence is prompted by the birth of a new baby. The association between risk of recurrence and age at first child remains strong, with those entering motherhood aged 19 or younger, being the most at risk. We currently find no significant modification of risk given the year in which the mother first appeared as a respondent in s 31 proceedings. Hence, the picture regarding risk of recurrence is relatively stable, albeit, with an increase of 1.7 percentage points. So, returning to the President’s question about the contribution that ‘repeat mothers’ are making to increased care demand, it does not appear that an increase in women’s recurrence is a key factor in driving up care demand, although the continued scale of this issue is very concerning.
The full version of this article appears in the April 2017 issue of Family Law.