Will extending jurisdiction to missing people overstretch the Court of Protection? 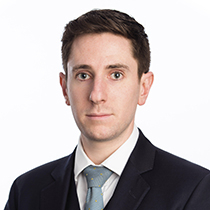 
Created by the Mental Capacity Act 2005, the Court of Protection makes decisions on behalf of people who do not have the capacity to make decisions for themselves. It makes finely balanced best interests assessments and oversees the appointment, functioning and discharge of deputies and attorneys.

Since its inception, its workload has skyrocketed. This influx of cases was accelerated by the Supreme Court case of P v Cheshire West and Chester Council; P and Q (by the Official Solicitor) v Surrey County Council [2014] UKSC 19. This case widened the interpretation of ‘deprivation of liberty’ in care home settings and meant that local authorities were under a duty to apply to the Court of Protection for authorisation in far more cases than had previously been envisaged.
Article continues below...

"the principal (monthly) periodical...
£389
View product
At the time of the Cheshire West judgment, many legal academics and practitioners were concerned by the court’s ability to cope with the added caseload that they looked set to inherit. More District Judges were brought in to deal with the influx of applications and the Law Commission was tasked with looking at whether the law could be streamlined.

Now, with the demands on the Court of Protection at an all-time high, Parliament has seen fit to add another string to its bow. The Guardianship (Missing Persons) Act 2017 (also known as Claudia’s Law) increases the Court of Protection’s jurisdiction to include any person who cannot make decisions for themselves by virtue of being ‘missing’.

The new Act, first introduced by Kevin Hollinrake MP as a Ten-Minute Rule Bill, received Royal Assent on 27 April 2017 to fill a gap in the current provisions for dealing with a missing person’s assets. It is not yet in force and will be accompanied by a Code of Practice in due course. The Explanatory Notes which accompanied the Bill in Parliament estimated that there could potentially be between 50 and 300 applications under this Act annually. How will the overstretched Court of Protection cope?

Before this Act, if a person went missing, their property and financial affairs were effectively deemed abandoned and no one had the legal authority to protect them on their behalf. The old regime eventually changed and, under the Presumption of Death Act 2013, family members could apply for a ‘Declaration of presumed dead’ which allowed them to managed their loved one’s property. This was understandably quite a distressing application to make and was complicated by the fact that the family had to wait seven years or provide proof that the person was thought to be dead before being granted any authority.

Section 1 of the Act defines, for the first time, who a ‘missing person’ is. It is a person who is absent from their usual place of residence and their usual day-to-day activities. Additionally, their whereabouts must be unknown or, if their location is known, they must be unable to make decisions relating to their property for reasons other than their mental capacity.

Interestingly, sub-s (4) of this section includes within the definition of ‘missing persons’ a person who is detained, whether in a prison or another place. (If you have ever wondered what would happen to your prized stamp collection if you were sent to prison, then wonder no longer.) These prisoners are to be treated, for the purposes of this Act, as absent from his or her usual place of residence and usual day-to-day activities.

The mechanisms of the new Act work in a similar way to those of the Mental Capacity Act 2005. Under s 2, eligible people are able to apply for a ‘guardianship order’ to give them authority to manage the property and financial affairs of a missing person. The guardianship would be administered by the Office of the Public Guardian and would be renewable depending on circumstances.

The guardianship order that is granted by the court must appoint the guardian to exercise some or all of the missing person’s rights and powers in relation to the relevant property or financial affairs. Theoretically, therefore, family members could be authorised to look after part of a person’s assets such as their house but would have to leave their bank accounts untouched.

Furthermore, the order may impose duties, conditions or restrictions, including providing security and reports to the Public Guardian. This level of flexibility allows the court to tailor its orders to individual situations so that it can always act in the best interests of those for whom it is making decisions.

This Act takes us forward significantly in terms of what families can do to look after their missing loved one’s property. It also brings the UK in line with other jurisdictions in this regard. Australia, for example, amended their equivalent Act in 2010 to allow families and friends of a missing person to apply for an order appointing an administrator to deal with the missing person’s financial affairs. Despite this progress, there are still concerns as to the operation of this new system and the extent to which it adheres with human rights law.

There is a question in a House of Commons briefing paper from last year as to whether the Act appropriately protects a person’s rights under Art 1 of Protocol 1 of the European Convention on Human Rights. That is whether the Act has sufficient safeguards to ensure that a missing person does not lose their right to the peaceful enjoyment of their property. This is particularly important in the context of prisoners who may still want to maintain their property on the outside but are deemed to be ‘missing persons’ for the purposes of the Act.

Although the Act gives guardians power to dispose of and deal with another person’s property and financial affairs, this exists so as to protect the property of the missing person. The guardian is subject to the supervision of the Public Guardian and s 8(1) of the new Act requires the guardian to act in the best interests of the missing person. It is assumed that the new Code of Practice will include further clarification as to how the safeguards in the Act will operate.

In any event, the Court of Protection is constituted and very well experienced in making finely balanced decisions about whether a certain action would be in an incapacitated person’s best interests. When considering who to appoint as a guardian, the court must make a quasi-best interests assessment and have regard to a number of factors. Further, guardians are required to act in the best interests of the missing person for every decision that they make about their property or finances.

The Court of Protection has attracted criticism in recent years for sitting in private and the mainstream media have gone so far as to label it a ‘secret court’. This has been said to be contrary to the doctrine of open justice. The purpose of this privacy however is to protect the people at the heart of the cases. These individuals are, by definition, vulnerable because they lack capacity to make decisions for themselves. The court is often engaged with intimate discussions about these people’s lives and it would often therefore be inappropriate for this information to be open to the public.

In the wake of moves to allow reporters more access to family court hearings and owing to the on-going criticism, the court introduced a pilot scheme which makes its activities more transparent. Under the pilot, the general rule is that hearings will be in public, but the names of the people involved can’t be published.

Applications under the new Act relating to missing persons will involve private financial discussions but it is hard to see how these missing people can be said to be particularly vulnerable. In those circumstances, the general rule in the Court of Protection Rules 2017 that the Court will sit in private seems hard to justify.

There is likely to be a fair amount of litigation to clarify various aspects of this new regime. The most obvious need for clarification arises from s 25 of the Act which makes clear that the Act extends to England and Wales only. This again throws open the possibility of complicated questions of cross-border litigation.

We have been promised a Code of Practice to explain how the new mechanism of the Court of Protection will work in practice. According to s 22 of the new Act, when it is finalised, the Code of Practice will provide guidance for both the court and guardians on how their new powers should be exercised. Until the Act comes into force and the Code of Practice is drafted however, the Court of Protection cannot do anything for missing persons and will continue to protect only people who, by virtue of their mental incapacity, can’t make decisions for themselves.
Categories:
Articles