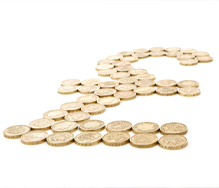 Katie O'Callaghan, Boodle HatfieldIt is Britain's biggest ever divorce award. A High Court judge has told a City banker to hand over £453 million to his estranged wife.

The couple – who cannot be identified – followed the blueprint of so many big-money divorce cases that reach the courts.

The 44-year-old wife had spent their 20-year-plus marriage at home, bringing up the couple’s two children. She argued that she was due nearly a half-share of the couple’s £1 billion fortune because of her 'equal contributions to the welfare of the family'.

The 61-year-old husband claimed to have showered his wife with jewellery, credit cards and access to a private plane, yacht and helicopter. He added that he was rich before the marriage and that he had made a 'special contribution' to the creation of wealth.

The judge disagreed and awarded the wife 41.5 per cent of the 'total marital assets', including their £90m art collection and £350,000 Aston Martin.

We mere mortals may not be able to identify with the huge sums involved here. But it is a vitally important case. This verdict supports the notion that there should no discrimination between breadwinners. Staying at home and raising the children is as important as working 12 hours a day on the trading floor.

London is called ‘the divorce capital of the world’ – and for good reason. The capital is one of the most generous cities in the world for the financially weaker spouse (usually the wife) to split up. Here, the starting point in any divorce is that the assets should be divided between both parties 50:50.

The premise behind this concept of ‘sharing the pot' is that the domestic role within a marriage – such as looking after the home and raising children – should stand on an equal footing with the financial contributions made by the main breadwinner.

You may not be surprised to hear that wealthy husbands are constantly looking for ways to get around this. One of these is to argue that they have made a 'special contribution' to the generation of the family wealth – i.e. their financial input to the marriage was so significant that they should be left with a higher proportion of the pot – as the husband in this case did.

The concept of special contribution has been argued by many but has only actually succeeded three times.

The most recent was that of billionaire hedge fund manager Sir Chris Hohn, who was ordered to hand a third of his £1bn fortune to his wife in 2014. She had fought for half. In that case, the judge ruled that Mr Hohn was a 'financial genius' and the 'generating force' behind the couple’s wealth. Until this week, that represented the highest asset case ever determined by the English Court.


Article continues below...
Last month, millionaire businessman Randy Work tried to persuade the Court of Appeal that it was wrong to award his ex wife an equal share of their assets. He claimed that he possessed a 'quality of genius' and had made all the family’s money, while his wife ‘stayed at home’ and raised their two children. A judge disagreed, accepting that Mandy Gray was a 'good homemaker and good mother', adding that it was down to her that Mr Work was able to amass his wealth. He was ordered to pay her half his £140m fortune.

Both that decision and this new case are vitally important for stay-at-home mothers.

It proves that hard work alone is not enough. To succeed in a ‘special contribution’ argument, a husband must show an exceptional and individual quality – something that is incredibly rare.

Indeed, in the wake of Randy Work’s case, many in the legal world thought the Court of Appeal might seek to abolish the ‘special contribution’ principle altogether. They think it inherently discriminatory that the breadwinner is given an opportunity to advance an argument for retaining a higher share of the family wealth – one the homemaker simply cannot compete with.

The reality is that a 'special domestic contribution' will never be found in a divorce case.

That does not look likely. But this week's £453 million case will certainly make it harder for the courts to find that one spouse is more worthy than the other. The notion that being a stay-at-home mother is somehow less important than having a career is, at last, dying out.

Modern marriage is a partnership of equals. It often involves both parties going out to work, juggling the demands of childcare and home. Can it really be right to value one party's input as dramatically higher than the other? What about the woman supporting her husband in his endeavours; the woman who sacrificed her own career to raise a family; the woman juggling a job and domestic duties? Do they not make a ‘special contribution’ every single day?

The £453 million divorce should provide women with a degree of comfort. It shows that the courts recognise the importance of avoiding discrimination against the financially weaker party – and that only in truly exceptional circumstances will a ‘special contribution’ argument be successful.

It doesn’t look like London is set to relinquish the title of ‘divorce capital of the world’ any time soon.

Find out more or request a free 1-week trial of the Family Law Reports.
Categories:
Articles