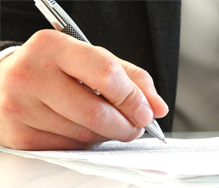 Although in common parlance and phraseology, a 'pre-nup' was treated with some trepidation by lawyers prior the leading 2010 case of Radmacher, heard in the Supreme Court. Overnight, the antediluvian reluctance by lawyers to encourage clients to embrace a pre-nup was cast aside, with perhaps just a little less enthusiasm than our American cousins.

In the seminal case, the Supreme Court considered the principles to be applied when deciding whether to hold a party to the terms of an ante-nuptial agreement. It held that the Court of Appeal had been correct in holding the husband to the terms of the pre-nuptial agreement, notwithstanding the fact that he had not received legal advice before signing the agreement some three months before the parties’ marriage. The Supreme Court held that the old rule that agreements providing for future separation were contrary to public policy was now obsolete and should be swept away.

"The unrivalled and authoritative source...
£509.99
View product
Although it perhaps might be fair to see that the take up on pre-nuptial agreements has not been as seismic as anticipated by some commentators, their continued popularity demonstrates that couples still have a significant appetite for protecting their assets, particularly amongst those engaging in marriage later in life, often for the second or third time.

Just like a pre-nuptial agreement, a post-nup spells out how a couple’s assets are to be distributed in the event of divorce. The difference being that a post-nup, as the name would suggest, is an agreement reached at any time after the marriage has begun. Like pre-nups, post-nups are not legally binding, but they do carry weight in the courts’ eyes, providing that they have been signed by both parties without duress following a process of disclosure and that both parties have received independent legal advice.

The Law Commission, the independent, statutory body advising on proposed changes to the law, recommends that a pre or post-nup should be considered binding on the parties, providing the parties’ needs are met.

Ongoing common law changes also points towards a greater use of pre-nups in the future. The recent ruling from the Court of Appeal in Hart v Hart, might arguably mean that it is vital to ensure there is a record of assets brought to the relationship prior to marriage, if it expects that needs of the parties will be readily met by any future matrimonial fruits. In this recent ruling, the Court of Appeal considered the wife’s appeal against a 2015 award of £3.5m from an asset pot of some £9.3m, after 23 years of marriage.

Post-nups are increasingly used when both husband and wife are earning but jointly decide one of them, frequently the wife, is going to take a career break to raise their children. In cases where her future earning capacity is likely to significantly diminish as a result, a post-nup can offer a comforting buffer and protection for any such reduction imposed on the wife in the event of divorce.

Additionally, post-nups continue to increase in popularity, reflecting the preference for high net worth individuals to negotiate a likely settlement outcome without the need for full and frank disclosure within court proceedings. In addition, these often high-profile individuals can seek to push a preference for concluding a settlement out of the glare of the public spotlight.

There is a tranche of society, largely formed of those with inherited wealth and high net worth, for whom we will likely see a continued increase in the use of nuptial agreements as part of a wide-ranging strategy to protect that wealth - in much the same way that off-shore storage of money and the use of financial trusts already forms part of that arsenal. These are frequently individuals for whom the sharing principle will apply, as needs are likely to be readily met. For the masses, in knowing that needs will trump all, take up for nuptial agreements is likely to be more modest.

This article was written by Philip Hunter of Hunter and Uro Family Law Solicitors, based in London. For more information about Hunter and Uro, click here.
Categories:
Articles