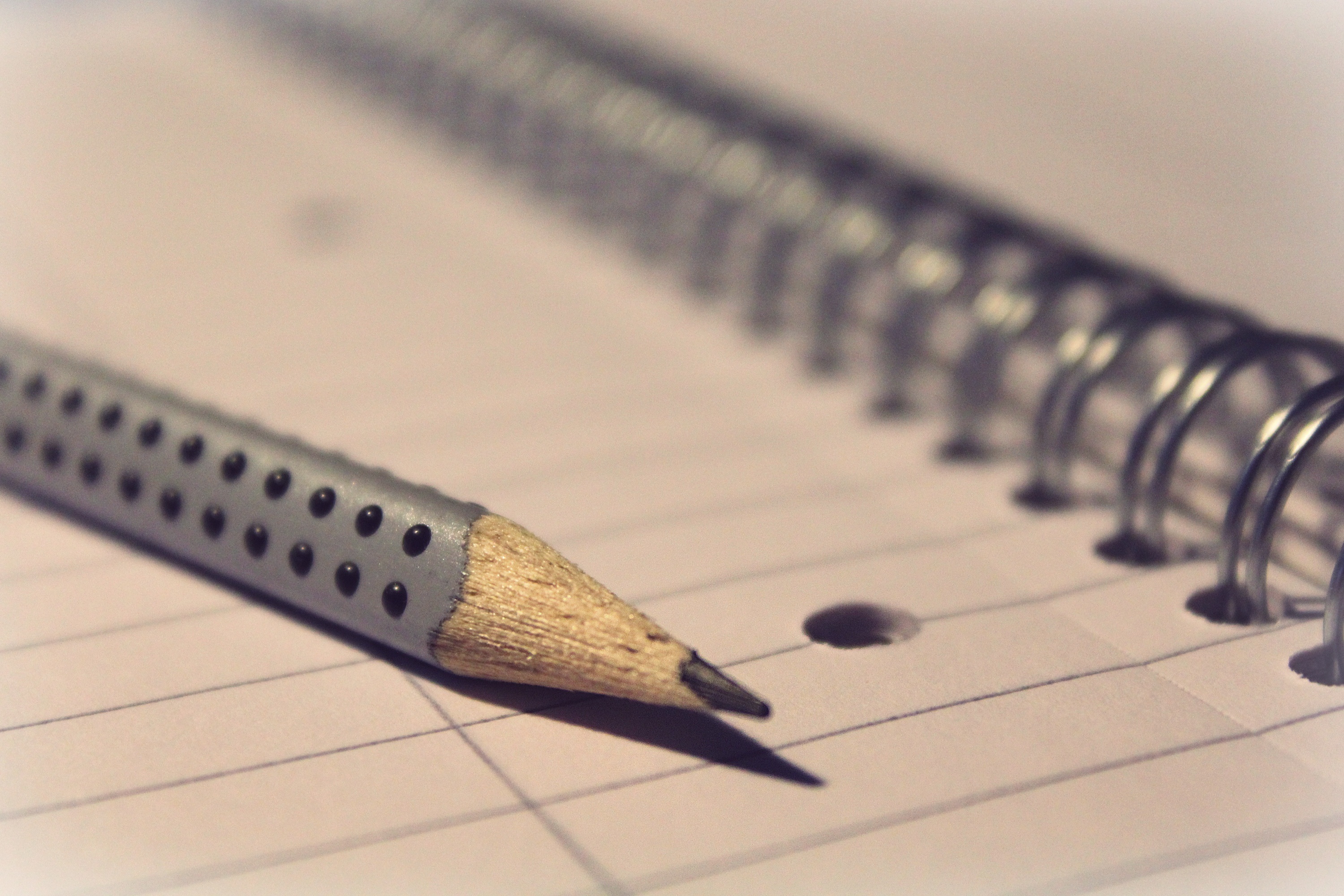 Drafting a consent order: How hard can it be?

In Minkin v Landsberg [2015] EWCA Civ 1152 Jackson LJ dismissed an appeal from a decision of DJ Jackson (!) that Ms Landsberg, a solicitor on a limited retainer, had no duty of care to her client.

The judgment is useful in that King LJ, with Tomlinson LJ concurring, adds some important observations about best practice for solicitors (and by analogy, it is submitted, for Direct Public Access barristers) in financial remedy / ancillary relief proceedings, and accurately documents the predicament of first instance judges caused by the increase in lawyerless litigation.

In the analysis at the end of this article, I offer some tips for practitioners, and some tips for would-be parties to financial remedy / ancillary relief litigation.

Background to the claim – the order by consent

Mrs M (the Claimant Wife, ‘W’) and Mr M (her erstwhile husband, ‘H’, not a party) had separated in 2007 after a 16-year marriage. The assets were a house in Hertfordshire, a Spanish flat and H’s financial advice business.  Early in 2009, W and H had reached an agreement concerning their matrimonial finances.  This was set out in a home-made document headed ‘Minutes of Agreement to Consent to an Order’.  W was to receive 2/3 of the proceeds of sale of the house (after various debts had been discharged), H would have the Spanish flat, H would pay to W spousal maintenance of £300 per month, and child maintenance of £800 per month.

Shortly thereafter, W had second thoughts.  She consulted a firm of solicitors – TT – who stated that further disclosure would be necessary in order to back up their advice to W that the deal did not seem to be satisfactory.

TT also wrote to H’s solicitors in Feb 2009, copying in W, expressing W’s concern that she signed the order under duress, that H was bullying her, and stating that her consent was withdrawn.

H and W nonetheless presented a consent order to the court on 4 March 2009.  The court rejected it, due to lack of specificity as to repayment of H’s debts.  The approval hearing was adjourned to 7 April 2009.  In the meantime W was referred to Ms Landsberg, a solicitor (D), by the Jewish Women’s Refuge. D assisted W under the Legal Help Scheme (a limited legal aid scheme then in operation).

On 9 March 2009 D wrote to W confirming W’s instructions, suggesting certain amendments to the current draft of the consent order, and setting out her advice on the basis of the information then presented to her. Following this, W wrote to D, confirming that D had correctly understood her instructions, acknowledging certain risks as to enforcement of maintenance if H were to live abroad, but stating that nonetheless she sought a swift resolution.

In late March 2009 the draft consent order as agreed between D and H’s solicitors was filed at court. TT had ceased acting for W, and by 6 April 2009 its file had arrived at D’s offices.  On 7 April 2009, H and W attended the county court without solicitors, and the court approved the settlement and made a formal order in those terms.

‘Endless problems arose’ thereafter (para [20]), leading to further litigation between W and H, with various costs orders being made against W.  W blamed D for her advice – or lack of it – and thereafter sued D for negligence.

The negligence claim was tried by DJ Jackson on 4 November 2014 over 4 days.  D argued that the scope of her retainer was strictly limited.

In her judgment, summarised at para [27], DJ Jackson found that the retainer was ‘a limited retainer, namely to embody the matters agreed ... in a consent order which the court would approve’.  W, an intelligent woman, ‘who knew her own mind and understood the legal issues’ had not told D that her agreement had been under duress, or that she wished to resile from it.  D had ‘handled the litigation after March 2009 competently’, ‘was not responsible for the costs orders’ and ‘was not under a duty to advise on the merits of the agreement reached’.  Even had C been negligent, the claim would fail as the damages were speculative.

The appeal to the Court of Appeal

W was aggrieved, and so appealed.  W asserted that D’s retainer was not limited to the extent held by DJ Jackson, and that D had been under a duty to give broader advice.

The court distilled the principles pertaining to solicitor negligence from:

i)       ‘A solicitor's contractual duty is to carry out the tasks which the client has instructed and the solicitor has agreed to undertake.

ii)      It is implicit in the solicitor's retainer that he/she will proffer advice which is reasonably incidental to the work that he/she is carrying out.

iii)     In determining what advice is reasonably incidental, it is necessary to have regard to all the circumstances of the case, including the character and experience of the client.

iv)     In relation to (iii), it is not possible to give definitive guidance, but one can give fairly bland illustrations.  An experienced businessman will not wish to pay for being told that which he/she already knows.  An impoverished client will not wish to pay for advice which he/she cannot afford.  An inexperienced client will expect to be warned of risks which are (or should be) apparent to the solicitor but not to the client.

v)      The solicitor and client may, by agreement, limit the duties which would otherwise form part of the solicitor's retainer.  As a matter of good practice the solicitor should confirm such agreement in writing.  If the solicitor does not do so, the court may not accept that any such restriction was agreed.’

Application to the facts

It was ‘contrary to good practice’ that D had not confirmed the limited nature of her retainer by W in writing (paras [41], [77]), but the Court of Appeal could not go behind the lower court’s having found this as a fact (para [41]).

Dismissal of appeal – no duty

Nonetheless, D was acting under a ‘defined and limited retainer’ (para [48]):

D did not have a duty to warn W that:

iii)     there had been no investigation of H’s means and assets.

All of those matters ‘were obvious to the claimant’, ‘an articulate and intelligent client, who knew her own mind’, and was ‘well versed in the litigation’ (paras [43] and [45]). W had already taken advice about the proposed order.  She had sought a swift conclusion, and she had rejected D’s warning as to potential enforcement problems.

D had no duty to investigate the question of duress, this having not been mentioned to D by W, W also not having shown to D the letter from February 2009 in which it had been alleged (para [45]).

D had no duty to read the incoming file from TT on the day it was received (para [48]).

It was common ground on appeal that DJ Jackson had made no decision on causation (para [53]).

This would not be remitted to the trial judge, because W could not succeed:

i)       W had ignored all the warnings from her first solicitor, TT; and

ii)      The oral evidence was not such that the judge could have found that W would have acted differently if given the warnings once again by D.

D’s counsel suggested that W had suffered no loss, the description by DJ Jackson of W’s quantification of damages as ‘speculative’ being ‘the right result by the wrong route’.  Had it been necessary for the court to decide quantum, then the case would have been remitted to the County Court, ‘in the circumstances, however, the damages issue does not arise’ (para [57]).

King LJ reminded practitioners that the ‘court … is not a rubber stamp’ (para [70]).  Despite having a ‘heavy influence’, ‘an agreement in a financial remedy case cannot oust the jurisdiction of the court’ (para [67]), the Supreme Court in Sharland v Sharland [2015] UKSC 60 having emphasised this at paras [19] and [20]).

How hard can it be to draft a consent order?

As King LJ reminded litigants: ‘the answer is ‘Very Hard’’ (para [71]).  The order is a ‘complex legal document which must deal with all aspects of the parties’ financial lives now and for the future’.

i)       the technicalities and the form for any pension sharing;

iv)     the exclusion or otherwise of Inheritance (Provision for Family and Dependants) Act 1975 claims.

Unrepresented parties and the new era of financial remedies

‘District Judges, more than any other level of the judiciary, are finding their lists are overwhelmed as a consequence of the increase in court time taken by each case where (as is now routinely the case) the parties appear as litigants in person.’

‘The district judge has neither the time, nor should he or she attempt, to interpret the minutiae of the agreement and draft/redraft the proposed consent order. That is not to say that he will not correct obvious errors and technical defects, but his task is to approve the order, not to sit with the parties and painstakingly work through with them every possible parameter of the draft in order to ensure they have considered every angle and future eventuality; to do so runs the risk that the judge will be seen to be giving advice or is seeking to interfere or undermine an otherwise unimpeachable agreement reached between the parties.’ (para [74])

– What if an order is made which directs one party to indemnify another as to debts or as to mortgage liability – a potential jurisdictional hot potato which has attracted extra-judicial comment from Mostyn J at para [84] of the Report of the Financial Remedies Working Group dated 31 June 2014 and indeed from solicitor David Hodson, here?

– What if a property adjustment order is made with no ‘back-up arrangements’ (as King LJ feared at para [71])? Of course, paras [34] and [35] of the decision of HHJ Platt in W v W [2009] 1 FLR 92 offer some reassurance – that the court can ‘work out’ an order, but it would of course be preferable for the order to be correctly drafted in the first place.

– What if a Mesher order or a Trust of Land set up by a financial order is ambiguous or otherwise incapable of being brought into effect?

– What if an order is made purporting to compel a third party to make a payment to one of the parties?