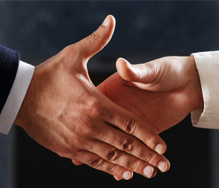 Mediate or Medi(wait)? Chris Longbottom, partner at Clarke Willmott LLP, is  a staunch advocate for Family Mediation. An attempt to get the parties around a table with an experienced family law mediator to discuss their issues and seek resolution in a time and cost effective manner is surely better than the alternative.

He also feels that a large part of our (family practitioners) role on divorce should be to put all the possible routes to the client at the outset and allow them to decide which route they believe will best suit them (indeed they will also know which route the other party islikely to want to go down or be more receptive towards) in reaching the right outcome in a quick and cost effective way; rather than concentrating just on their legal bases of their claims. This obviously also follows the Resolution Guide to Good Practice.

But is mediation for everybody and when is best to mediate?

Does everyone know at the outset what route isbest for them and really grasp the likely costs of each option? Does the client really understand their asset bases and the potential claims that may affect them dependent upon their values? Can you be sent to mediation at a time where feelings are just too raw and emotion overtakes common sense?

As many readers will know, mediation began as aconcept in the 1970s after Sir Morris advocated for an alternative to family law litigation as a way of resolving conflict. This developed into that which we now know as mediation during the 1970s and 1980s and was later codified in Part III of the Family Law Act 1996, and again in the Access to Justice Act 1999.

While I believe in mediation as a preferred course of action, I have found from experience that early mediation; where feelings are raw and where knowledge is low; rarely works and in many cases seems to cement the parties in their, perhaps unrealistic, positions and unwilling to mediate further.

Indeed the reverse can be true. I have taken instructions from clients who believe they have reached agreement (in a simplistic example) where the other party retains the family home on the basis that they retain their pension without any real consideration as to the true value of the pension, whether the other party has a pension to be accounted for, whether the scheme is such that there are hidden benefits, where they have equated cash to pension value and so on; only for that agreement to fall on itself when the parties take advice. It is often the case that at this point, trust between the parties would fail completely as one of the parties attempts to back-peddle and/ or explore other potential claims beyond those agreed and discussed.

We as practitioners do our upmost to protect ourclient’s position; however we do need to be realistic in our approach. Many times have I had to give the news to a client that their business, foreign property, pension or alike needs to be accounted for as an asset within the overall settlement of the parties claims against each other. I stress that many times – explaining the agreement reached to the court and why it is ‘fair’ inall the circumstances – is often more important a skill than preparing theconsent order.

My reply to the tweet was this: “Hmm. [I] thinkmany are sent to mediation without any real understanding of their asset base, potential claims, [and] potential settlement brackets. Surely having some (good) advice would assist in cases where people can’t/ won’t agree as theydon’t understand the potential claims…?”

My point was that I press upon clients (and opponents) that while mediation certainly has its place, it seems to me that attending such sessions with a clear understanding of your (and perhaps to anextent the other party’s) assets, their values and coupling that with sound advice as to the potential claims and outcomes the court would entertain (while setting out the costs/ benefit of running those claims) would assist both parties in reaching a settlement and feeling confident about such agreement being ratified by the court. I often suggest voluntary exchange of disclosurebefore mediation occurs for this reason.

The cost point is again one that should not be overlooked. Many clients would seek a claim (resulting in a failed mediation)which should not perhaps be run due to cost but perhaps would be a better toolfor negotiation. While it is clear that the costs of mediation would mostcertainly in most (if not all) cases substantially be lower than that ofsolicitor led negotiation/ litigation – the wasted cost of mediation needs tobe considered where it is doomed to fail for the reasons set out above.

Others simply see mediation as a way of further delay and adding further costs to the opposing party; attending with no real aimto settle. Having mediation sessions take place following detailed adviceallows the parties to not only consider their positions and ‘brackets’ for settlement negotiations but it also allows the parties to highlight the potential cost consequences of the case progressing to litigation. If mediation occurs at an early stage; it is difficult for the parties to give sense to (oftenwide brackets) cost estimates given at the outset by their solicitors in takingthe matter ‘to final hearing’. In effect, mediation following disclosure anddetailed advice allows for more considered offers to be made and discussed withthe pressure of cost consequences being clearly set out.

Surely narrowing the issues and at the same time highlighting the costs consequences of further litigation is the ultimate aim of mediation and this can only be strengthened with positive solicitor involvement before (and perhaps during) that process. Clearly, the role of the mediator needs to be held aloft the solicitors in such a case to ensure that the mediator simply becomes a conduit for indirect negotiation between the advocates.

It has been noted in Jane Robey’s piece of 31 October 2018 (“Removing blame from divorce will make it easier for separating couples to achieve a settlement”) that mediators often find themselves involved in discussions regarding the grounds for divorce themselves – I would add tothat that many mediators find themselves explaining S25 factors and more aswell as seeking full and frank disclosure. Is this really the role of the mediator or is it lazy soliciting? In my view the early advice regarding divorce and financial matters, options andcosts, disclosure and mutual exchange, detailed advice and perhaps settlement proposals for discussion should all be undertaken by the solicitor and clientprior to mediation to allow it the best chance of success. That obviously requires (up to) four like minded individuals – both parties and their advisors– to agree, be realistic and to hold aloft the role and importance of theindependent mediator (which may not always be possible).

In addition to this, solicitors should beadvising their client as to the court’s view of mediation as an alternative to litigation (as to its powers to seeking the parties to mediate/ the costsconsequence that may follow) and while it is noted that the trust between the parties as to, for example, their disclosure may be low and feelings raw; solicitors should be clear as to the parties need for full and frank disclosure and the penalties to failing to adhere to this – perhaps adding to the notion that the parties need to have a clear understanding of their assets before mediation occurs.

But mediation should not been seen as and become a replacement for the court. There will undoubtedly be cases which, even with the best intentions of the parties and their legal representatives, benefit from the court’s imposed time frames and uniform structure in approach for theparties to adhere to (again as in line with the Resolution Guide to Good Practicewhich, upon a recent refresher, confirms that this should not be seen as an aggressive step, contains guidance regarding providing a client with alloptions and if mediation is the preferred route; the pros and cons to put tothe client).

There are also now more than ever cases which involve technical arguments such issues involving pre-marital/ post separationaccrual and passive growth of business assets. Such a topic can attractarguments as to whether expert’s reports/ valuations are necessary at all let alone the court’s approach to whether the case will be determined on the basis of sharing.

That all said; is it the solicitor’s place to say when mediation should (or even occur at all)? Should it not be the partiesand their mediator who determine what can be agreed and perhaps what needsfurther input by/ through the solicitor?

I fear that many solicitors still see Mediation (and the requirement for a party to have a signed MIAM in most cases tocommence litigation) as a stepping stone at best and a hindrance to real progress at worse.

Jane Robey’s excellent earlier piece on 14September 2018, “Mediation Matters: An easy win for separating families andministers”, discusses a number of remedial actions that could help thegovernment improve the take-up of family mediation, such as the courts always properly checking that the respondent has been approached, rather than allowing a situation where forms have simply been signed to smooth the applicant's route to court and ensuring that all applicants and respondents to court have at the very least attended a MIAM before they have an appointment with court. I think this is clearly a needed next step and would assist in those cases where the solicitor has perhaps impressed the benefits of litigation over those of mediation and simply sought for the MIAM to be ‘signed off’ by the mediator which I fear happens more than we would all care to admit and expect.

The last figures from the MOJ suggests that justover two-thirds of MIAMS progress to full mediation and the latest (2017) familylawandmediation.co.uk figures suggest that the success rate of family finance mediation is 54%. I feel that it is incumbent upon the profession to help improve those figures; by setting up their client’s realistic expectations and financial disclosure in advance of mediation to improve its prospects of success as discussed above, especially at a time where the court system is bursting at its seams.