What’s in a name? The press and family law proceedings 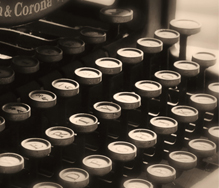 Edward Floyd
Senior Associate, Penningtons Manches
The prospect of publicity and press coverage is often a major factor in divorce cases. It is a fast developing area as it engages two competing principles (and ECHR rights) – Article 8 (the right to respect for private and family life) and Article 10 (freedom of expression, read alongside section 12(4) of the Human Rights Act 1998). On the one hand, there is demand for greater transparency in the family courts, and the public interest in being informed about the workings and processes of those courts. Balanced against this is the fact that the financial remedy process involves the compulsory provision of information that by its nature is personal and confidential. Media reporting of such cases can have distressing consequences for the parties, particularly where there are minor children who could be affected by a breach of the privacy interests of their parents.

The recent judgment in X v X (Anonymisation) [2016] EWHC 3512 (Fam) (16 December 2016) considered the circumstances in which the court will 'anonymise' a judgment in a financial case. The court considered submissions from the husband (in favour of anonymisation) and from the press. Although there was no 'celebrity' angle, this was a case that had already attracted media attention. The press were not excluded from the hearing itself, although it was agreed and directed that there should be no daily reporting, with it being decided at the end of the hearing, after judgment what could go into the public domain.

In deciding whether to allow the press to identify the parties in the anonymised judgment, the court performed a balancing act, asking itself whether the public interest in reporting outweighed the family’s right to privacy. It was accepted that it would be strange, that a case that had previously been publicised and was reported as starting and ending but the public would not know the outcome. However, the court ultimately gave greater weight to the potential intrusive and distressing media intrusion, particularly for children, and ruled to preserve the parties anonymity.

Couples often wish to protect their and their children’s privacy when they are going through divorce. There are a number of practical ways this can be achieved: