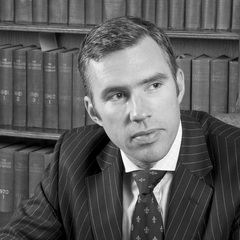 Max Davies
Barrister
One thing is certain. You cannot rely on the tabloids (or some of the broadsheets) to gain an understanding of the impact of financial remedy decisions in the appellate courts. News articles in respect of Vince v Wyatt [2015] UKSC 14 told us: ‘Legal experts said the ruling could open floodgates for claims by long-divorced ex-spouses seeking a share of their former partner’s earnings.’ (Evening Standard) and ‘A hippy whose ex-husband became a millionaire businessman years after they parted has won a cash fight which could open the floodgates for thousands more claims.’(Daily Mirror) Of Wright v Wright [2015] EWCA Civ 201 they printed ‘Divorced wife told to get a job and stop living off her ex-husband’ (Daily Telegraph) and ‘Judge tells ex-wife of millionaire horse surgeon: 'go out to work’ (Guardian). However, on reading the judgments it is clear that the facts of Vince v Wyatt will quite possibly never be replicated so it’s a bit soon to reach for sandbags and that Pitchford LJ didn’t tell Mrs Wright anything of the sort.

What is the common theme of these two very different cases? In each case the court has been concerned with that precious and important justice that is deserved by a divorced mother in respect of a past contribution to the welfare of the family by dedicating years of both time and direction to the rearing of children. Any busy lawyer with young children will know that these are wild horses pulling in different directions. What weight should that contribution carry? What is the fair result?

The two mothers pursue/d different goals and for different reasons.

Maintenance Matters
A user-friendly guide to the reasoning behind,...
£74.99
View product

A user-friendly guide to the reasoning...
£74.99
View product

"the principal (monthly) periodical...
£389
View product
Ms Wyatt wants financial assistance to purchase a property and capital to provide an income, a total amount of £1.9m. In reality she is unlikely to get an award resembling anything like that after Lord Wilson explained it was unrealistic and that in his opinion she had ‘a real prospect of comparatively modest success, perhaps of an order which would enable her … to purchase a somewhat more comfortable, and mortgage-free, home for herself and her remaining dependants’. When one bears in mind that, ‘She lives in a house with three or four bedrooms in Monmouth which in 2010 she purchased from the local authority on a discounted basis under the Right to Buy scheme for £60,000 by virtue of a mortgage in that amount,’ it is clear that she is unlikely to receive an award after that indication of anything more than the national average house price. The average UK mix-adjusted house price in September 2014 was £273,000 (ONS). But then what is ‘somewhat more comfortable’? That is no doubt in the eye of the beholder. For a man with a reported wealth of £110m, is that not a relatively small sum to account for the provision of care to the son you share of such a quality that only a mother can provide. Mr Vince was bold enough to speak on BBC Radio 4’s Today programme and made it clear that he continued to hope that Ms Wyatt would receive nothing. He explained that in his opinion it was wrong that she would receive anything after such a passage of time and that such principles were worth fighting for. Initial views on reading the judgment that the FDR before the Family Division would certainly compromise the matter may have been allayed.

Precisely what Mrs Wright wanted is not clear from the Court of Appeal judgment. One presumes she didn’t particularly want to have to go back into the workforce. She was encouraged to do so at first instance in 2008 at age 44 and then in 2013 by HHJ Roberts at age 49. All we are told in the judgement as to her past employment is ‘previously worked before her marriage as a legal secretary and as an administrator’. In fact, the respondent had done nothing since 2008 to look for work or to retrain or to prepare herself for work. It was, in fact, District Judge Penelope Cushing at first instance who had explained ‘There is a general expectation in these courts that once a child is in year 2, most mothers can consider part time work consistent with their obligation to their children.’ This was the second limb of those headlines. Go back to work when your youngest child is 7.

Are the courts, again, undervaluing the contribution made by the parent that provides care to the parties children? Paragraphs 34 and 35 of Vince v Wyatt confirm that it is an important consideration and the reason why Ms Wyatt has reasonable prospects of success (albeit that is irrelevant to the strike out provisions of FPR 2010, r 4.4 contrary to the decision of the Court of Appeal). What though is a fair reflection of that contribution in financial provision? Money can’t buy it. In reality that maternal (or paternal) undertaking is probably priceless. Might not dedication to a child as a single parent have stymied Mr Vince’s financial successes?

Is it a fair result that so often a primary carer has to consider seeking employment when the odds are against them in often low paid and relatively unrewarding work when the other parent enjoys the fruits and inspiration of a mature, unhindered career and children brought up attentively by the other parent? Should the court go further to balance this? If so, how should the balance be struck? Certainly in these two cases the wealthy, high-flying and successful husbands appear also to be achieving overall success in the courts.
Categories:
Articles