What does Brexit mean for families? 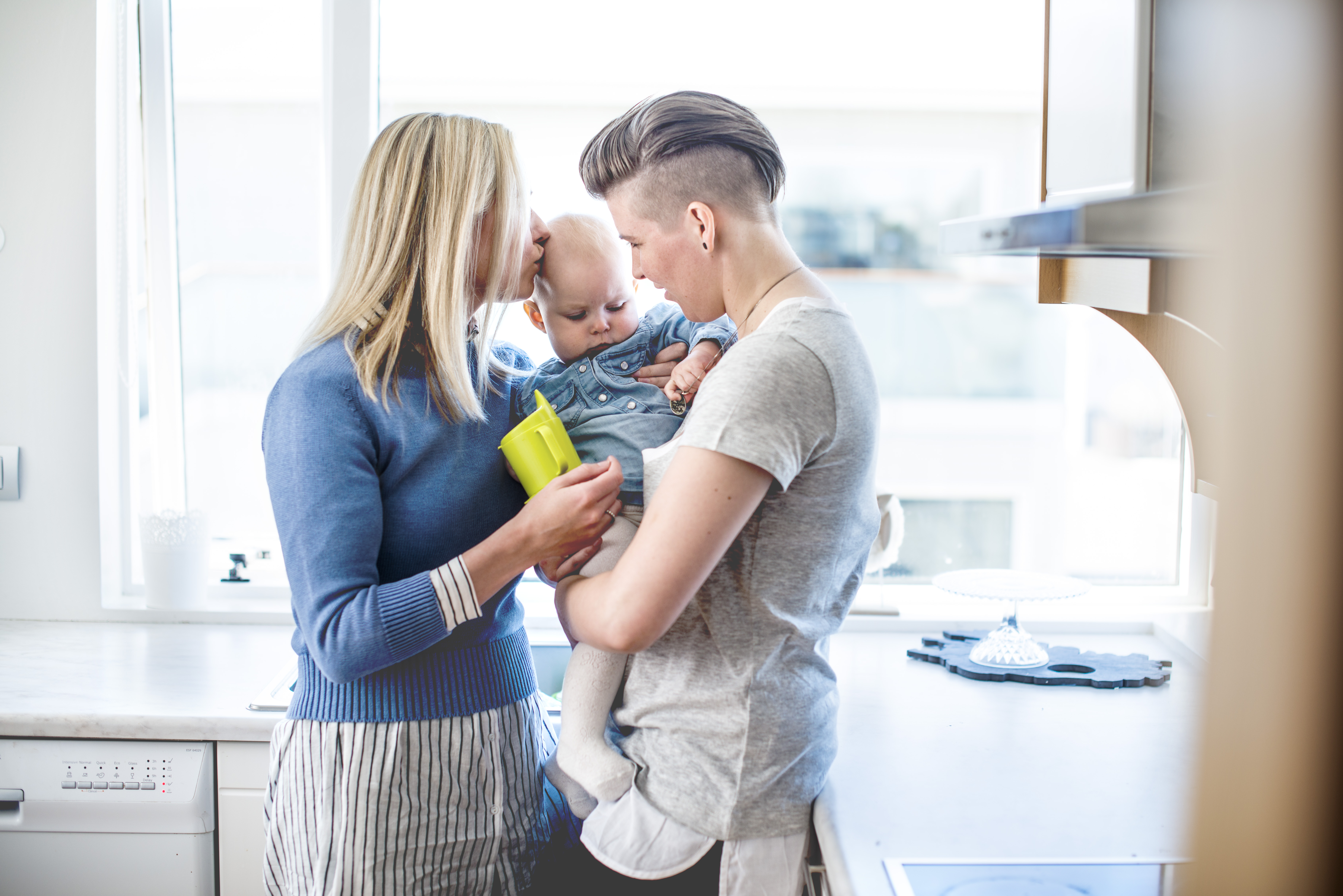 With a possible no-deal exit from the EU looming, constant reports of last minute negotiations in Brussels and a Saturday sitting of Parliament on only the fifth occasion since the outbreak of the Second World War, it is clear that Brexit has caused monumental political upheavals in the UK, the repercussions of which are likely to rumble on for some time. But what does Brexit mean for people’s personal affairs?

In this update, we look at some of the possible ramifications of Brexit within the Private Client arena.

The EU Succession Regulation (also known as Brussels IV) is relevant to estate planning for British nationals with assets situated in another EU country (other than Ireland or Denmark). For example, EU assets could include a holiday home in France, shares in a Spanish business, or a bank account in the Netherlands.

Since 17 August 2015, the Regulation has allowed British nationals with EU assets to ‘elect’ into their national law in their Wills, so that that national law governs succession to their estate in both the UK and EU. For British nationals, this will be the law of England and Wales, Scotland, or Northern Ireland, depending on the territory with which the person is most closely linked.

Making an election for English law in your Will means that you have the testamentary freedom to deal with your EU assets as you wish, and within a familiar legal system. By contrast, many EU countries have ‘forced heirship’ rules, which can mean that you are required to leave a proportion of your estate to certain beneficiaries (usually spouse and children, in fixed proportions).

Britain did not sign up to the Regulation when it was introduced; neither did Ireland or Denmark. This means that Britain is generally regarded as a ‘third state’ for the purposes of the Regulation (although there is some academic debate around this). The benefit of the Regulation to British nationals has been that the EU countries which did sign up will recognise a valid election for English law to apply.

So what will the position be post-Brexit? Whatever form Brexit takes, it is fairly clear that we will be a ‘third state’ for the purposes of the Regulation, and the academic debate mentioned above will no longer be in point. From a succession planning point of view, we will continue to advise on estate planning for those with overseas assets, including on whether making an election in an English Will is appropriate.

Brexit will not have any immediate impact on Inheritance Tax, or on the various Inheritance Tax reliefs currently available. Within the EU, the UK has been free to set its own taxation policy, and this will not change; however, over the years EU principles have had some influence on the detail of some reliefs. The question is therefore whether the UK Government might seek to change the position in relation to those reliefs affected, once it is free to do so.

The Inheritance Tax reliefs which we would highlight for particular attention are:

In the case of APR and Woodlands Relief, a 2008 case in the European Court of Justice led to some EU countries (including the UK, and Germany whose law was the subject of that case) being asked to extend these types of reliefs to agricultural property and woodlands situated in the European Economic Area (EEA). Prior to that, the UK Inheritance Tax reliefs applied only to agricultural property and woodlands situated in the UK. The rationale was that such a geographical limitation was discriminatory and restricted the freedom of movement of capital in the EU.

In a similar way, the charitable exemption from Inheritance Tax is available to charities within the EEA (but not those charities outside that area).

Although we are not aware of any current proposals to change these reliefs, which are enshrined in UK domestic law, Brexit opens up the possibility of changes to those reliefs. This is an area that should be kept under review, particularly where you have agricultural land or charitable interests within the EEA.

The impact of Brexit on the Matrimonial Courts

The UK and its laws are intrinsically linked with Europe and these include many EU laws which govern cross-border family cases. Every divorce petition issued in the UK is assessed on the basis of a set of EU rules, known as Matrimonial Proceedings, to decide if the UK courts have authority to deal with the matter.

If there is no withdrawal agreement with the EU (a 'no deal') then from 11:00pm on 31 October (unless an extension is granted or Article 50 is revoked) EU law will cease to apply. This will have an immediate impact on family proceedings in the UK, for example, in relation to the EU Maintenance Regulation, which currently provides a mechanism for deciding which law should apply to maintenance disputes and for enforcing maintenance decisions.

We will have to see what route the UK takes in the event of a no deal exit (for example, joining the EEA or the World Trade Organisation) in order to determine whether the same level of co-operation as exists at present (e.g. on enforcement) will be available or not.

The Hague Convention signed on 25 October 1980, of which the UK is a member, has significantly helped many parents recover and have returned their children who have been abducted or retained, often by the other parent throughout Hague Convention countries.

The UK’s signature to the Convention is separate from its EU Membership. It has the force of law in the UK by virtue of the Child Abduction and Custody Act 1985.

The Convention was further supported by Brussels IIa in 2004, a European Union Regulation. This was adopted by the UK on conflict of law issues in family law between member states, and is often regarded as providing greater certainty for the outcome of disputes, for example on child abduction imposing a strict time limit for cases to be decided by the court. This was beneficial not just for the parent but the affected child where time is of the essence.

The uncertainty over how the UK will exit the EU makes it difficult to ascertain the extent of the impact this would have on Family Law, but it could be significant.

Thanks to EU free movement rights, it is currently very easy for British citizens to travel to Europe. Our right to do this in future will change depending on whether there is a deal, or no deal Brexit.

Under both versions of the draft Withdrawal Agreement (as negotiated by Theresa May and then Boris Johnson), free movement rights will continue during a 'transition period' until 31 December 2020.

However, if there is a no deal Brexit, then free movement rights will end on Brexit day. It will then be up to each individual country to decide what rules it wishes to impose on British nationals. Whilst the UK Government has been negotiating with the EU as a whole regarding citizens’ rights under the Withdrawal Agreement, if there is no deal then because immigration rules are decided by countries individually, they could each choose to set different requirements. Several EU countries are signatories to the Schengen agreement (which means they may be treated as a block), but certainly not all.

The European Commission has recommended that British citizens should be given the right to visit EU countries for holidays without a visa, for up to 90 days in any 180 day period. However, this will need to be confirmed.

Whatever happens, the Common Travel Area between the UK and Ireland has already been protected by separate legislation. This means British citizens will continue to be able to travel to Ireland without a visa.

The Government has warned that before planning a trip to Europe, you should check that your passport has at least 6 months left to run from the planned date of travel and that it is no more than 10 years old. You should also make sure that you have suitable health insurance cover, as after Brexit your European Health Insurance Card may not be valid.

This article was first published at www.birketts.co.uk and is reproduced with permission.

Brexit and divorce – what next for families?
21 JUN 2017
Brexit: UK wants ‘close and comprehensive’ judicial cooperation with EU
23 AUG 2017
Love me or leave me: the possible impact of Brexit on families in the UK and beyond
Authors: Lisa Girdwood
3 SEP 2019
How a no-deal Brexit would impact divorce legislation and procedure
14 OCT 2019

Brexit and divorce – what next for families?
21 JUN 2017
Brexit: UK wants ‘close and comprehensive’ judicial cooperation with EU
23 AUG 2017
Love me or leave me: the possible impact of Brexit on families in the UK and beyond
Authors: Lisa Girdwood
3 SEP 2019
How a no-deal Brexit would impact divorce legislation and procedure
14 OCT 2019