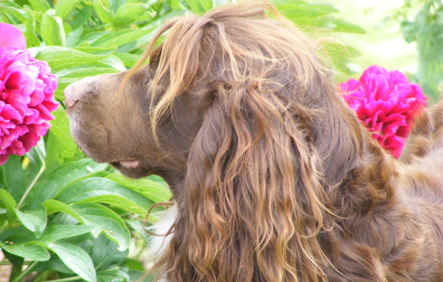 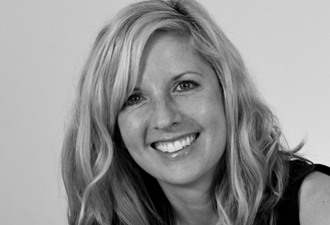 Rebecca Harling
Solicitor
We are a nation of animal-lovers. In today’s society our pets are increasingly regarded as one of the family. Unsurprisingly, against this back-drop, more and more pet owners are turning to solicitors to obtain ownership rights over their pet upon the breakdown of their relationship. A number of cases concerning pets are even being fought in the Court arena with an estimated one fifth of all contested financial proceedings involving issues related to the ownership of a pet.

The correct legal treatment of a pet in England and Wales is as personal property. In the eyes of the law the animal is a chattel, to be divided up in the same manner as the household furniture or jewellery. Pet-owners, however, see things very differently and pet ownership is a sensitive and often emotive subject, not unlike disputes over arrangements for children.

Arguing over the family pet may seem fairly trivial and disproportionate in terms of costs but this is often seen by parties as a touchstone in the settlement, with disagreements over the pet threatening to derail entire negotiations. People have very strong emotional ties to their pets and they can manifestly cling on to these vestments of their old life at a time of otherwise great instability and turmoil.

If the animal has a financial value this can add a further dimension to the process. Prize-winning pedigree dogs or thoroughbred race-horses, can be extremely valuable and are likely to be ascribed a monetary value, featuring on asset schedules. Such animals are likely to be of note within the overall division of the family’s assets. There may also be arguments over breeding rights, sharing in financial gain from any off-spring or possible future earnings relating to that animal.

In England and Wales, the Court will not have regard to the ‘welfare’ of the animal in the way that they clearly would in the context of a Children Act matter. However, arguments about lifestyle, day to day care of the animal and the continuation of the status quo may have some resonance. Arguments relating to the cost of maintaining a pet may also have impact in relation to income needs. Practically speaking, sharing a dog or cat after break-up may prove unworkable as many couples want to cut all emotional ties and simply do not wish to be visited by their ex every few weeks to pick up the dog and take him for a walk; though, this request can be a common one.

Article continues below...
There are few reported cases in England and Wales and those reported treat the animals in question strictly as chattels. S v S [2008] EWHC 519 (Fam), [2008] 2 FLR 113 where the wife was awarded a greater maintenance allowance in order to keep and maintain her horses and RK v RK (Financial Resources: Trust Assets) [2011] EWHC 3910 (Fam), [2013] 1 FLR 329 involving the ownership of a family dog are two noteworthy examples.

A recent article by Deborah Rook, ‘Who Gets Charlie? The Emergence of Pet Custody Disputes in Family Law: Adapting Theoretical Tools from Child Law’ (2014) 28(2) Int J Law Policy Family 177 has injected some much-needed academic discussion on the subject of pet ‘custody’ in England and Wales, through an examination of the treatment of pets in other jurisdictions.

The law in other countries, notably the USA, Israel and Switzerland, however, is evolving from a pure property test to determine ownership to one of the welfare of the animal. Judges in these jurisdictions are giving increasing emphasis to what is in the best interests of the pet in question. This would include a consideration of lifestyle – (does one party work full-time, are they able to properly attend to the animal’s needs); suitable surroundings for the animal – (will the animal be expected to live in the city or the country, can the animal be kept in familiar surroundings); attachment to an individual, (who has the strongest bond with the pet, who does the animal spend the most time with, will the animal be kept with the children of the family) etcetera.

Switzerland, though distinguishable from England and Wales as a civil jurisdiction, has notably amended its Civil Code to clarify the problem of the treatment of animals upon relationship breakdown.

In the appellate Court of New York, in the case of Raymond v Lachmann 695 NYS. 2d 308 (N.Y. App Div. 1999), the decision was made to reverse the decision of the lower Court to award sole ownership of the parties’ cat to the Claimant under a straight property analysis as it was held that the cat was a ‘feeling individual who had lived prospered loved and been loved’ solely by the Defendant. A Court in Virginia also decided that the ‘happiness’ of the cat took precedence over a former couple’s property rights (Zovko v Gregory, No CH 97-544 (Arlington County (Va.) Circuit Court, October 17 1997).

In the Israeli case of Ploni v Plonit 18 March 2004 (unpublished) Ramat Gan Family Court. FC 32405/01 the Court adopted a ‘best interests’ approach in relation to the family pets (a dog and cat) and even heard evidence from an expert animal behaviourist who ultimately concluded that the animals should remain with the wife.

Animal experts, such as Dr Roger Mugford, a psychologist and farmer, who produces animal welfare reports for the English Court are likely to see a steady increase in the commissioning of such reports. For approximately £250 Dr Mugford will produce a report based on what is in the best interests of the animal from a purely welfare perspective.

It may be that the time has come for English Courts to review the position and judicial discretion may mean an increase in a more ‘welfare-based’ approach to the treatment of animals upon relationship breakdown. Until this time, it is advisable to plan ahead as far as possible when it comes to the future of pets (and other matrimonial property) upon the break-down of the relationship and consider a pre or post-nuptial agreement.
The views expressed by contributing authors are not necessarily those of Family Law or Jordan Publishing and should not be considered as legal advice.
Categories:
Articles