Voice of the Child needs to be heard loud and clear in family disputes, says Resolution 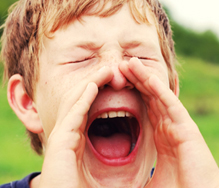 Resolution - News Release
The Government’s announcement today regarding the Voice of the Child aims to make it easier for children to have their say during family disputes – but family law organisation Resolution says this needs to be part of a wider move to put children’s needs first during divorce and separation.

The organisation, which represents family practitioners who work to reduce conflict during divorce, has developed a Parenting Charter which sets out what children should expect from their parents during and after their divorce, which will be formally launched on Monday, 23 February.

A recent Resolution survey of young people whose parents have gone through divorce, carried out by polling agency ComRes, showed that many teens and young adults felt that their parents placed additional stresses on them during the process of break up. Almost a third (32%) said one parent tried to turn them against the other during divorce, while over a quarter (27%) said that 'my parents tried to involve me in their dispute'.

'We support any move to ensure children’s voices are heard in the family justice system, and we’re pleased that the government is starting to flesh out how this will work in practice.

But it needs to be part of a package of measures which go beyond the courts and seek to change parents' behaviour. We look forward to seeing more detail on today’s announcement when the Voice of the Child advisory group reports next month. What’s needed to make the family justice system child-inclusive is a wholesale reform of the system and culture around family law and divorce.

We hope this will be the start of a broader conversation about how this can be delivered, as we do have some concerns. For example, how do we ensure that the child isn’t being put under pressure by one parent, when asked to voice their views? How do we ensure that the child is heard without them feeling responsible for adult decisions? How will court time be managed to enable the child to be heard? And what training will there be for judges?

These are all important questions and Resolution is committed to working with government to address them, as the overall objective is something we all want to see happen.

We also continue to support the government’s intention to ensure children are heard during out of court processes, such as family mediation. And the Family Justice Young People’s Board’s "National Charter", referenced in today’s Government announcement, contains some great practical suggestions for making the courts more child inclusive.

We’re delighted to have worked directly with members of the Family Justice Young People’s Board on our Parenting Charter, and get their views on what parents should be doing to support kids during separation. We’ve developed this Charter with them, as we know how important it is for parents to understand from the outset, and long before they reach court or engage in mediation, what their responsibilities are to their children.'

If you are looking to represent yourself...
£16.99
View product
Resolution says that it’s easy for people to get caught up in the emotional fallout of divorce, which can be to the detriment of their children.

Jo Edwards, who is also a practicing family lawyer and mediator specialising in children issues, explains:

'It’s not necessarily the divorce itself that affects children, but the conflict that surrounds it. The way the current law around divorce is set up encourages conflict – for example, the need for one person to accuse the other of adultery or unreasonable behaviour in order for the divorce to go through within two years of separation.

Essentially people who are divorcing are stuck in a pincer, between emotional hurt and the loss of a relationship on one side, and a legal system that encourages recrimination and blame on the other.'

'Sadly, as our survey results show, this can mean that parents get caught up in the heat of the moment and start thinking of their former partner as the enemy, and not as the mother or father of their child. People often think about children’s interests in the sense of their material wellbeing – but it’s the emotional impact of seeing their parents in conflict that creates lasting psychological scars.

Our Parenting Charter aims to remind divorcing or separating parents that children are individuals with their own rights to information and a voice during the separation process, and that the way that the divorce is handled will have repercussions for children that will last for life.'

Resolution’s Parenting Charter encourages separating parents to agree together that their children have the right to:
The Parenting Charter will be launched as part of Resolution’s Manifesto for Family Law on Monday 23 February. Along with the Charter, Resolution is calling for a comprehensive range of reforms to family law, including allowing people to divorce without blame and providing at least basic legal rights for couples who live together if they separate.

Simon Hughes' speech at the Voice of the Child conference
25 JUL 2014
President of the Family Division supports voice of the child
Authors: Matthias Mueller
30 JUL 2014
Involving children in proceedings - how and why
Authors: Kathryn Blair
14 AUG 2014
Voice of the child not heard in transparency debate, claims Resolution
27 OCT 2014
Hearing the voices of children and young people in dispute resolution processes: promoting a child-inclusive approach (£)
28 OCT 2014

Simon Hughes' speech at the Voice of the Child conference
25 JUL 2014
President of the Family Division supports voice of the child
Authors: Matthias Mueller
30 JUL 2014
Involving children in proceedings - how and why
Authors: Kathryn Blair
14 AUG 2014
Voice of the child not heard in transparency debate, claims Resolution
27 OCT 2014
Hearing the voices of children and young people in dispute resolution processes: promoting a child-inclusive approach (£)
28 OCT 2014