View from the Foot of the Tower: The Cobra Effect 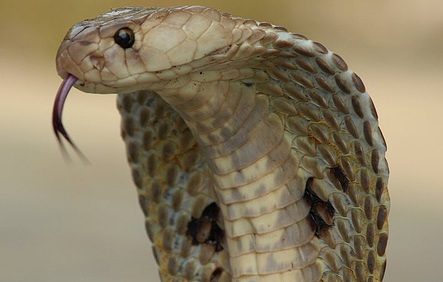 Andrew Pack
Care Lawyer
The Cobra Effect is not that phenomenon where you find yourself ordering more poppadoms than you can eat and being full by the time your main course arrives. It instead refers to an attempt by someone (usually the State) to solve a problem only to find later that the solution makes the problem far worse.


The story goes that when the British were heavily involved in
Article continues below...
That reform is hardly an unrivalled success story – unless you are a claim-farming firm, or one of the actors providing voiceovers for their adverts; but there was very little listening being done when LASPO was being conceived.

We don’t know if there will be a Cobra Effect from LASPO, but early anecdotal evidence suggests there might be – if you’ve ever completed one of the new private law case management orders and imagined litigants in person doing that for themselves, or seen your local judiciary the day after a private law case, or heard comments that this isn’t what they came into the law to do. That’s within the Court, but what of the cases that now don’t go to Court, because there is no legal advice to explain your rights or represent them for you? What is the cost for a generation of children who had contact that a court might have deemed unsafe, or who were denied contact with a parent because there was nobody advocating for it (or even managing the expectations of a parent hostile to contact and getting them to take the child’s perspective)? What is the cost to society of parents taking matters into their own hands – sorting out contact by might, or by shouting, or by wearing someone down? What is the cost to the State of additional police call-outs, more domestic violence incidents? And more to the point, is anyone in charge actually interested in finding out?
We are already seeing some pressure on s10 LASPO. There’s clearly no political will from any party to roll back these cuts, but the tradeoff for the swingeing cuts was the protection in s10 LASPO for human rights.
The President fired a warning shot in Q v Q [2014] EWFC 7, [2014] 2 FLR (forthcoming)  that in a case where the court felt a person’s Art 6 or Art 8 rights would be breached if they had to contest a case unrepresented and wanted to be represented, either s 10 LASPO would need to be properly reactive to this or the legal fees would have to come out of HMCTS budgets. We await the outcome of what are presumably strained responses from both the Legal Aid Agency and Ministry of Justice.
And further still, in the civil case of Guadanaviciene v Legal Aid Agency 2014 the Court ruled that the Legal Aid Agency had been applying too high a test to the s 10 LASPO applications, in effect interpreting ‘exceptional’ as meaning rare or infrequent, rather than that there were cases in a particular category that would not qualify and cases that fell outside that category that would. The Court in Guadanaviciene said that it was wrong for the Legal Aid Agency to use as their test the question that caseworkers are directed to ask is 'will withholding of legal aid make assertion of the claim practically impossible or lead to an obvious unfairness in the proceedings?'
It is understood that Guadanaviciene is being appealed, and the outcome of that will be interesting. It is also understood that there are other family law challenges to the exercise of s10 LASPO, which Parliament put in place as a check and balance to these cuts, to ensure that in cases where lack of representation would result in procedural Art 6 unfairness or a loss of other human rights that funding would be found.
We have to keep our eye out for cobras.
Categories:
Articles