View from the Foot of the Tower: Relatives, culture and cultural relativism 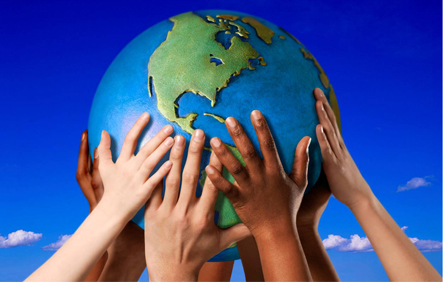 Andrew Pack
Care Lawyer
Our society has become increasingly multi-cultural in recent decades, and places that seemed remote and almost illusory now crop up within family law proceedings. The High Court have been dealing over the last year with a restructuring of principles – removing the patrician idea that the English Courts are always best placed to deal with children who are in the UK but have a parent from another part of the world.

Do not worry, this piece is neither about to be about Brussels II or a party political broadcast on behalf of UKIP.

[*If you ever want to have the most complicated argument possible about habitual residence, seek out the two villages of Baarle-Nassau and Baarle-Hertog which nestle inside one another as part of many separate treaties and pacts, and within a few feet one can move from Belgium to the Netherlands and back again – even within the same house. A rule of thumb that the householder was subject to the laws of the country where their front door could be found was routinely abused with residents moving their doors from time to time as better tax regimes came about in one country or the other.]

The High Court tackled in Re M (Brussels IIR: Art 15) [2014] EWCA Civ 152, [2014] 2 FLR (forthcoming and reported at [2014] Fam Law 966) the particular issue of whether, when considering which jurisdiction ought to deal with a child’s case, the English Court could take into account the sort of social work services and the sort of structure of courts and justice in the other country; deciding definitively that it could not.

Paragraph [54(v)]:  In determining whether the other court is 'better placed to hear the case' and whether, if it is, a transfer will be 'in the best interests of the child', it is not permissible for the court to enter into a comparison of such matters as the competence, diligence, resources or efficacy of either the child protection services or the courts of the other State.

[Although they did qualify that by saying that if an extreme example were to be placed before the courts, para [39]: 'where protection would not or cannot be afforded to a child or young person in need of the same without the intervention of the English court. That extreme case is not before this court and whether the same degree of respect is to be afforded to the competence and decisions of a jurisdiction that is unable to protect a child must wait until the situation arises, if it ever does'.]

The combination of a more multi-cultural society and the emphasis on ‘nothing else will do’ in the context of adoption means that the net of potential family members being assessed and being considered by the courts has expanded.

Historically, the further afield the carers are, and the more different the culture and socio-economic situation of that family member, the more cautious the professionals and sometimes the courts have been about them.

There seems to (at least in the past) have existed a spectrum – at one end are the wealthier European Countries and America, where people’s doubts and anxieties are easily assuaged, with the East European countries and North African countries coming somewhere in the middle, and the more Southerly African and Asian countries coming at the far end of the spectrum, where professionals start to become very nervous and worried about the prospects of the child being placed in that country and the chances of such a placement are greatly diminished.

In light of Re M, and 'nothing else will do' , that may dissipate; but is the English family justice system, in its desire to be even-handed and fair and moving away from patrician attitudes that Britain knows best, at risk of entering into cultural relativism?

It is something that comes up from time to time in child protection cases, where a child has been physically abused sometimes seriously as a result of a parental belief that this is an appropriate form of discipline for a case where the child is possessed by the devil or witches. Cultural relativism leads professionals and the courts to look into the parents culture to seek an explanation with the hope ultimately that the parent can be brought to understand that even if this is acceptable in their own culture, it would not be acceptable in the UK.

Article continues below...
Cultural relativism in a family placement sense would lead one to say, 'It doesn’t matter that the child would have a very different life to the one she might have if she stayed in the UK, one isn’t looking for "good enough for the UK" but whether the placement is "good enough for the country she will be living in"'.

It shouldn’t be a ‘beauty contest’ between what life is like in England and in the comparison country.

That might be progressive and a good thing, it isn’t for someone like me to say, and of course one benefit of cultural relativism in that sense is that it avoids the child missing out on what could be a very happy placement within the family just because the child would be materially worse off (that sort of decision-making smacks of the social engineering that the courts have rightly frowned on).

There remains, however, the Welfare Checklist. I know that the Welfare Checklist isn’t very popular any longer – it is becoming unusual to see it in a Court of Appeal judgment and we seem to be in a phase where it is being purged from first Guardian’s reports and now the standardised model for social work statements – out of favour and to be yanked out by the roots and obliterated from existance like an unwanted visit of Japanese knotweed.

It does, however, remain both law and the best analytical toolkit for making decisions about children, and this is the relevant portion for these purposes:

'(c) The likely effect on the child if circumstances changed as a result of the court’s decision.'
The older the child is, the more impact the relocation to another country and culture, perhaps another language is going to have. But there are also socio-political issues to consider.

If the child is going to be placed in a country where life opportunities for their gender is severely restricted, where it is not somewhere that they can expect to receive education, where unemployment and adult poverty is high, where diseases like cholera and dysentery still exist, where child mortality is high, where there are wars and the prospect of exposure to violence, where female genital mutilation is practiced [see http://www.who.int/reproductivehealth/topics/fgm/... for a table that will shock you] are those not factors that can properly be taken into account?

Part of our routine assessments on prospective foster carers and prospective adopters cover their attitude to homosexuality and tolerance if this were to be something that would be relevant for a child in later life. It would be difficult to imagine a foster carer or adopter who was openly homophobic being approved as such a carer, but cultural relativism might mean that we turn a blind eye to the many countries in the world that are openly homophobic and even criminalise the practice.

Does our desire to avoid social engineering mean that we should not take into account risks that might exist to the child in other countries? I would suggest that as soon as you do the thought experiment below, you will see that cultural relativism only goes so far.

There is a tribe in New Guinea, who in common with many other people in the world celebrate the coming of age of male children and have traditions and inductions. It so happens that their particular belief and tradition is that the more semen a pubescent boy can ingest, the stronger he will grow up to be. The elder men of the tribe all help the boy in this ritual, which can go on for months. Do you feel that you would argue that a child should be placed with an uncle who lives in that tribe?

[Or the North Sentinel Island, where every interaction with strangers (bar one) to date has resulted in violence?]

Of course, that’s an extreme example (it was the example I happened upon that prompted me to think of this piece) but it shows that there is a line, and for different people that line might be drawn in different places – it is not simply ‘if it is okay in X country, then it is okay for the child whose family come from X to be placed there'.

As a less vivid example, how do you feel about the boy being placed with his uncle in Gaza?

If professionals and judges are going to be making decisions about the circumstances of other countries (and considering whether particular carers are ‘good enough’ in terms of what one could reasonably expect in that country) both are likely to need some solid information to make those decisions accurate. One can’t expect family lawyers to have expertise on usual standards of living in Burkina Faso, the suicide rate amongst troubled adolescents in Finland or the geo-political risks of conflict in Angola.

The website image has been kindly reproduced under the Creative Commons Licence. (By Monisha.pushparaj (Own work) [CC-BY-SA-3.0 (http://creativecommons.org/licenses/by-sa/3.0)], via Wikimedia Commons)
Categories:
Articles