View from the Foot of the Tower: Manifestos and Care Plans 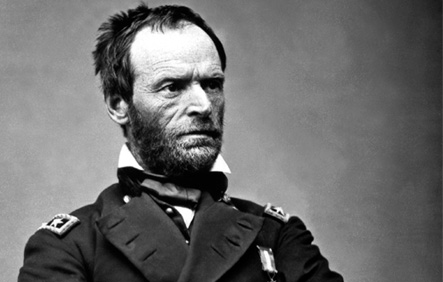 Andrew Pack
Care Lawyer
As the country is in the grip of what I couldn't really describe as 'Election Fever' but something more akin to 'Election Nausea' following the televised debates, I did get to thinking about the similarities between Manifestos and Care Plans.

Both are really the nuts and bolts, the firm detail on what will happen if you are given the reins of power – in one case what you will do in Government if the country gives you their votes, and in the other what you will do with your Care Order if the Court grants your application.

An essential factor in both documents is that they are making predictions about the future – really both should be read under the unspoken proviso of 'If everything goes as well as I predict, this is what I will do'.

And with both politics, and managing children who have been significantly harmed, that proviso is by no means a given. The economy could take a downturn, the Greek could militarise and invade Germany and then all bets are off on what commitments you gave about hospital waiting time. Similarly, though not as shattering on the world stage, any number of unexpected things could happen with the child or their carers or the carer’s wider family that mean that all bets are off with the care plan put forward.

The electoral campaign therefore spends lots of time scrutinising the manifestos to look at promises that have been made that might very well be abandoned or substantially reworked after the election. And the Court hearing does the same with care plans.

The provision in the Children and Families Act 2014, section 15, that the Court are now only required to consider the ‘permanence provisions’ of the care plan are, as Shakespeare put it ‘a custom more honoured in the breach than the observance’ – I have yet to see any reported case that mentioned the new provisions or where a Court declined to consider the remainder of the plan.

Indeed, with the requirements to consider alternative care plans and the detail of the support that might be provided if the Court were to take up an alternative avenue to the one suggested by the local authority (pace Re W (Care Proceedings: Functions of Court and Local Authority) [2013] EWCA Civ 1227, [2014] 2 FLR 431) care plans are under even more of a microscope than ever.

What is the remedy if a manifesto promise is broken? Well, a lot of press attention, mutterings about betrayal (and worse if you happen to have reversed your pledge on tuition fees) and ultimately the sanction is that you pay the price for it next time that an election rolls around.

And the remedy for breaking a pledge in the care plan? That’s a bit trickier. The legislation provides no mechanism for restoring a case to Court for a local authority to say 'our care plan was X, but we now want to change it to Y'. And there’s no easy mechanism for a parent to restore the case to Court. Save for a discharge of care order application, but that might be the proverbial sledgehammer to crack a nut, and in any event, public funding to get legal representation for that is likely to be very difficult.

"the principal (monthly) periodical...
£389
View product
This concern that there was no remedy for divergence from a care plan was what led to the Court of Appeal devising their ill-starred 'starred care plan' approach – but that was reversed by the House of Lords in Re S (Minors) (Care Order: Implementation of Care Plan); Re W (Minors) (Care Order: Adequacy of Care Plan) [2002] UKHL 10, [2002] 1 FLR 815

The alleged remedy is the provision of Independent Reviewing Officers and their power to make referrals to Cafcass, who in turn can make an application to the Court under the Human Rights Act 2002 where they consider that the child’s human rights are being infringed by the change in care plan. You can count the number of those referrals and those applications on less fingers than you could count the number of genuinely popular politicians.

Given the difficulties in making pledges that might never come to fruition, and predictions that rely on a future being stable, it is little surprise that fairly careful use of wording is popular in manifestos. They talk about intentions and desires and ‘should the opportunity arise’ about popular things and ‘we have no plans’ about things that might happen but that would be unpopular.

As we have seen from political parties of all colours, 'I have no plans' does not necessarily prevent those plans being made and the policy enacted at a later occasion.

The only safe form of wording for such pledges is something like a Shermanesque statement.

When General Sherman was asked if he would run in the 1884 election, he said 'If nominated, I will not accept; if drafted, I will not run; if elected, I will not serve.' That is pretty much the closest a politician can ever come to a cast-iron guarantee (although Alex Salmond said much the same about the leadership of the SNP in 2004 http://news.bbc.co.uk/1/hi/scotland/3895575.stm)

Where do we see woolly remarks in care plans that fall short of a Sherman statement? Well, most often, in passages about the possibility of post adoption contact.

It isn’t that uncommon to see something along the lines of 'Direct contact post adoption will be considered if (a) it is in the child’s interests (b) the carers are supportive of such contact and it would not destabilise the placement (c) the parents are able to support the placement and not undermine it and (d) indirect contact has taken place without difficulties.'

Those are all very sensible caveats and on the face of it, are hard to argue against. Nobody is going to suggest that contact should happen if the parents are committed to making the placement break down and would use the contact to undermine the carers.

But in totality, they amount to a pledge on direct contact that has about the same weight as a mother’s response to 'Mum can we have a rabbit?' – this sort of wording is not a ‘yes, of course’, it is a ‘we’ll see’.

Could you write a care plan about direct contact that was less 'Mum, can we have a rabbit?' and more Sherman?

You might start with a view from the social worker that direct contact, if it can be managed properly, would be beneficial for the child; that the local authority would want carers who favoured direct contact or at worst had an open mind and that the local authority would in the matching and supporting process be promoting the positive benefits of contact for the child.

At the very least, you might now be able to spot the difference between a Shermanesque commitment and a 'mum can we have a rabbit' commitment.

A final similarity between manifestos and care plans is that whilst people know the gist of what they say, and may even have read key passages in detail, nobody really reads the whole thing from cover to cover.

'Shame on you!' I hear you cry, 'of course we read the whole thing, we read every word'.

If you do, and don’t just read the three key bits (where is the child going to be, what’s the contact, what’s the plan B?) then all credit to you.

Just as a mental check on that, without a care plan in front of you and without reaching to check one – what is the second section in a care plan about?
Andrew Pack is the winner of the 2014 Family Law Commentator of the Year award.