View from the Foot of the Tower: Largely illusory – leave to oppose adoption 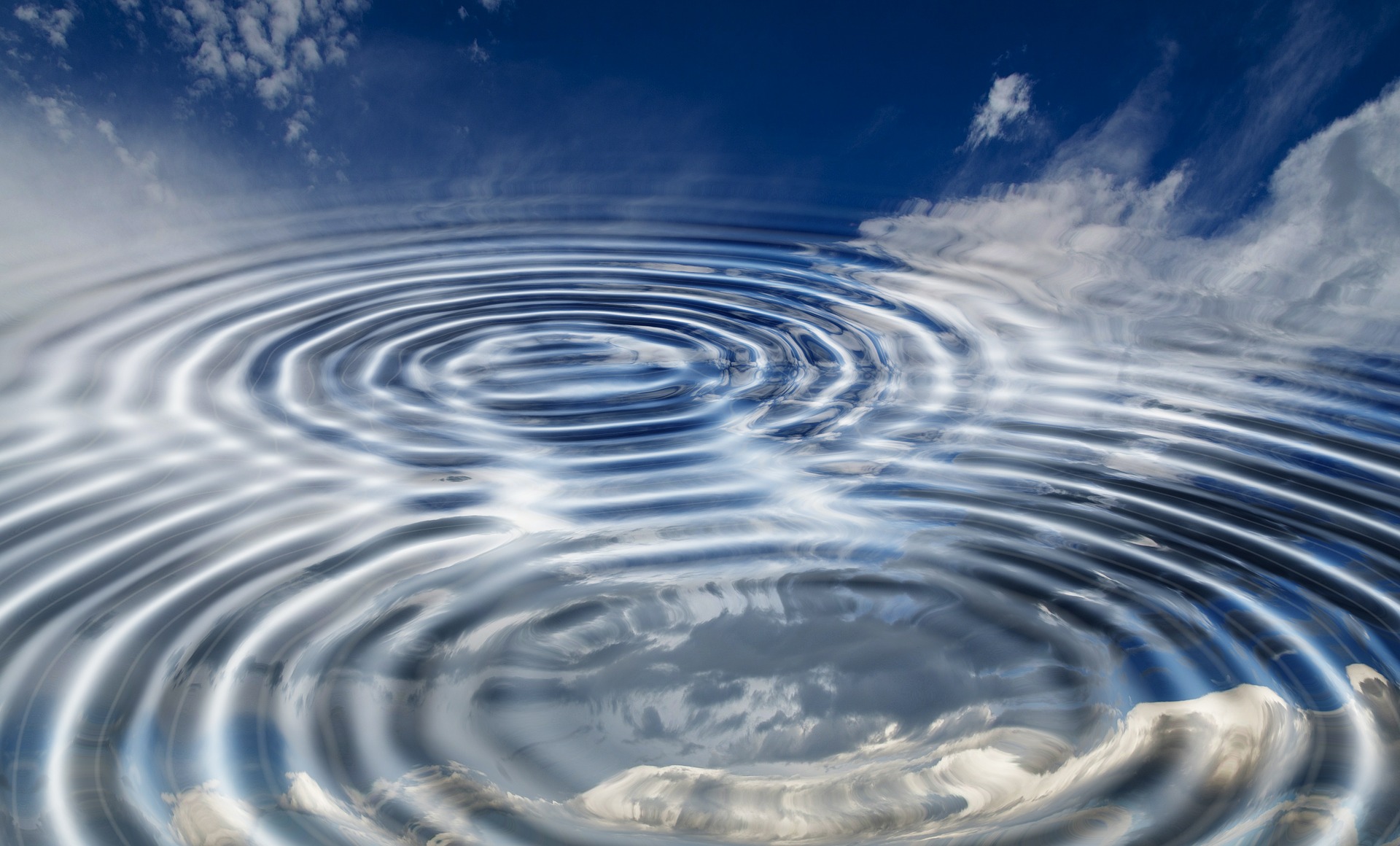 Within the judgment, the Court of Appeal stressed that in making a provision within the Adoption and Children Act 2002 that a parent could seek leave to oppose an adoption application if their circumstances had changed, Parliament had intended this to be a meaningful remedy.

The case law as it had developed prior to Re B-S was moving away from that and setting the bar at such a level that no parent could in practice hope to clear it. (Reverting in practice back to the old days of the Adoption Act 1976 where parental consent being dispensed with only if the parent was ‘unreasonably withholding’ it but it was virtually impossible to construct a scenario where a parent could be said to be ‘reasonably withholding’ consent.)

[70] Section 47(5) is intended to afford a parent in an appropriate case a meaningful remedy – and a remedy, we stress, that may enure for the benefit not merely of the parent but also of the child. Whilst we can understand what lay behind what Thorpe LJ said, we think that his use of the phrase "exceptionally rare circumstances" carries with it far too great a potential for misunderstanding, misapplication and indeed injustice for safety. The same, if in lesser measure, applies also to the word "stringent". Stringent, as we have said, is a word that appropriately describes the test that has to be surmounted before a non-consensual adoption can be sanctioned. It is not a word that comfortably describes the test that a parent has to meet in seeking to resist such an adoption.

[71] Parliament intended section 47(5) to provide a real remedy. Unthinking reliance upon the concept of the "exceptionally rare" runs the risk – a very real and wholly unacceptable risk – of rendering section 47(5) nugatory and its protections illusory. Except in the fairly unusual case where section 47(4)(b)(i) applies, a parent applying under section 47(5) will always, by definition, be faced with the twin realities that the court has made both a care order and a placement order and that the child is now living with the prospective adopter. But, unless section 47(5) is to be robbed of all practical efficacy, none of those facts, even in combination, can of themselves justify the refusal of leave.

One of the major impacts of Re B-S was the concept that too much weight had historically been given to the short-term impact on stability of the adoptive placement and impact on the child, and that often the mere passage of time was determinative.

[74(viii)] The judge must always bear in mind that what is paramount in every adoption case is the welfare of the child "throughout his life". Given modern expectation of life, this means that, with a young child, one is looking far ahead into a very distant future – upwards of eighty or even ninety years. Against this perspective, judges must be careful not to attach undue weight to the short term consequences for the child if leave to oppose is given. In this as in other contexts, judges should be guided by what Sir Thomas Bingham MR said in Re O (Contact: Imposition of Conditions) [1995] 2 FLR 124, 129, that "the court should take a medium-term and long-term view of the child's development and not accord excessive weight to what appear likely to be short-term or transient problems." That was said in the context of contact but it has a much wider resonance: Re G (Education: Religious Upbringing) [2012] EWCA Civ 1233, [2013] 1 FLR 677, para 26.

[74(ix)] Almost invariably the judge will be pressed with the argument that leave to oppose should be refused, amongst other reasons, because of the adverse impact on the prospective adopters, and thus on the child, of their having to pursue a contested adoption application. We do not seek to trivialise an argument which may in some cases have considerable force, particularly perhaps in a case where the child is old enough to have some awareness of what is going on. But judges must be careful not to attach undue weight to the argument. After all, what from the perspective of the proposed adopters was the smoothness of the process which they no doubt anticipated when issuing their application with the assurance of a placement order, will already have been disturbed by the unwelcome making of the application for leave to oppose. And the disruptive effects of an order giving a parent leave to oppose can be minimised by firm judicial case management before the hearing of the application for leave. If appropriate directions are given, in particular in relation to the expert and other evidence to be adduced on behalf of the parent, as soon as the application for leave is issued and before the question of leave has been determined, it ought to be possible to direct either that the application for leave is to be listed with the substantive adoption application to follow immediately, whether or not leave is given, or, if that is not feasible, to direct that the substantive application is to be listed, whether or not leave has been given, very shortly after the leave hearing.

The essence, post B-S, of the second stage of the two stage test is whether the parents case has solidity.

However, given that no parent had successfully persuaded a Court at a contested adoption to return the child to their care, there is a danger of turning one illusory remedy (obtaining leave to oppose) into another (a contested adoption hearing where the order would inevitably be made). If the provisions of Parliament were to be meaningful, there must exist a scenario in which the Court might remove a child from prospective adopters and return to the family. Otherwise no parent really has a case that has solidity, since the eventual prospect of success is nugatory.

That has moved on with the decision of Holman J in A and B v Rotherham Metropolitan Borough Council and Others [2014] EWFC 47.

Assessment of Parents within Care Proceedings
This new title considers the law and practice in...
£62.99
View product

This new title considers the law and...
£62.99
View product
In returning the child to the birth family following an adoption hearing, has this case 'crossed the Rubicon?' – and continuing the river metaphor, as Heraclitus has it – can you cross the same river twice, or does the act of crossing it change the river?

The case has some remarkably curious features and frankly involves a set of detailed circumstances which one would never expect to see arise again (although one might have said that about the cases of ‘faked birth’ and baby substitution from the Port Harcourt Fertility Clinic, and there have been at least three of those).

Care proceedings concluded with the making of a Care Order and Placement Order. Everyone in the case had proceeded on the basis that the man mother named as the child’s father being the father. Mother had said he was the father, and he himself said he was the father. Alarm bells rang, though perhaps not loudly enough, at the physical evidence. The mother was white, the putative father was white, the baby seemed to the naked eye to be black. The father’s account, that he was Burmese and all Burmese babies begin with very dark skin and it whitens over time, is not something that holds up in retrospect.

The child was placed with prospective adopters, who in due course made their application. However, the true birth father came forward (I say ‘came forward’ but a better description was that his family were shoving him forcefully towards facing up to his responsibilities). He was not a suitable carer, but his sister was.

Ultimately, the question was whether this child, who had been placed with these carers aged 7 months and was 20 months old at the time of the hearing, should remain with his prospective adopters or be moved to the care of the aunt.

Put even more simply, was blood thicker than water?

Holman J had said at the outset that this had been a harrowing case with issues that were deeply painful for all concerned, but towards the end of the judgment, he indicated that the central issues for him were not finely balanced but pointed strongly in one direction – that the child should be placed within the birth family.

This, then, is the first successful contested adoption hearing, in which the challenge resulted in a move of the child and placement back within the birth family. It demonstrates that the remedy devised by Parliament is not merely illusory, but that there will be circumstances in which an opposition can be successful.

The question for the future, more difficult to predict, is whether this case will be held up as a benchmark for a successful opposition based on its very narrow facts, or whether that benchmarking will be on the core principles.

If the very narrow facts, then one is looking at:
But on the broader facts, one might be looking at:
Some vital practice issues emerge. Care would need to be taken in cases where a DNA test is not taken because the mother assures everyone that 'X is the father' and X concurs. There is a risk there that the story changes much later on, and that if X is not the real father the door is opened to a challenge to any adoption application in the future.

What of the 'Auntie Beryl' scenario, where a family member comes forward late in the day in care proceedings and for 'the child’s timescale’ the Court decides not to assess her? Well, here is the route-map for a challenge later down the line.

It will be interesting to see, in two years time, whether Holman J’s decision stands alone as the sole example that the s 47 protections are meaningful and not illusory, or whether it will be joined with a raft of other reported cases and authorities that help us divine to what extent blood is thicker than water in adoption applications.