Home / News & Comment / View from the Foot of the Tower: If I was a sculptor, but then again no
News & Comment
Online Shop
CPD & Events
Authors
About Family Law

View from the Foot of the Tower: If I was a sculptor, but then again no 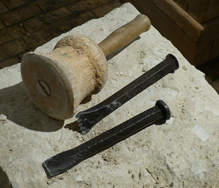 Andrew Pack
Care Lawyer
As you might have detected, the author of this piece likes case law – perhaps to a point which is beyond the lethal dose for most well-balanced adults. With that in mind, the central question of this column might seem unusual.

'Has case law in family cases been helpful for families, or is it largely a waste of time?'

Judges end up having a twin function in our system. The first function, and the one which occurs most of the time is in marshalling the evidence and hearing it and reaching a decision, applying the law. The second function, which tends to fall to the Court of Appeal and sometimes High Court Judges, is to take a piece of statutory law which is opaque or ambiguous or uncertain, and to clarify.

As Sir James Munby, President of the Family Division has said: 'Under our system Parliament makes the law in passing a statute. Parliament, I emphasise; not the Government. It’s Parliament that legislates. It is for the judges to decide what the statute means.' (President's Family Justice Reforms press conference, 30 April 2014)

Parliament pass the Act, in our case the Children Act 1989, and thereafter, where interpretation and clarification is needed, judges provide it.

The Children Act 1989 is a gleaming block of marble, and over a period of years, the senior judiciary have worked upon it with tiny hammers and tiny chisels to produce a sculpture, gleaming and beautiful. Over time, the flaws in the original work have been corrected and remedied by the careful hand of the sculptors, even correcting tiny imperfections caused by previous sculptors.

In short – the Act has got BETTER over time, as a result of case law.

That’s one argument. An alternative is that the Act is a gleaming and perfect block of marble and that every time a sculptor acts (in the form of a case law authority) what they are actually doing is detracting from the original intention, and getting further and further away from what Parliament intended. Every blow of the chisel removes something of Parliament’s intent. Case law is judicial interference with Parliament’s intent.

In short – the Act has got WORSE over time, as a result of case law.

In short – the Act is largely as it was when Parliament passed it, with some small improvements.

The senior judiciary have those tiny hammers and chisels, and they are very skilled at using them. Does it become an overwhelming temptation when faced with a block of marble to start sculpting it? As Bob Dylan once sang: 'A lot of people don’t have much food on their table/ But they got a lot of forks ’n’ knives/And they gotta cut somethin’'.

Once you’re holding that chisel, does every problem become one that is best solved with a chisel?

In thermodynamics, there is a principle called ‘entropy’ that says that over time, everything tends to become more chaotic and disorganised as more time passes. Everything reverts to chaos. Are the precedents an attempt to stave off that process of chaos, or are they part of the process?

From time to time, we see the senior courts being robust on there being no need to microscopically examine every single word and layer definition upon definition

'What is meant by "realistic"? I agree with what Ryder LJ said in Re Y, para 28:
“Realistic is an ordinary English word. It needs no definition or analysis to be applied to the identification of options in a case.”'

That makes sense to me – if you aren’t capable of understanding the word ‘realistic’ then every word in the judicial definition of ‘realistic’ is going to be just as troublesome and you end up stacking definition upon definition.

But then this is the very same judge who gave us a definition of ‘necessary’ and the very same Court of Appeal who have been tying themselves in knots over ‘nothing else will do’.

Let me give you a concrete example of how case law has taken a string of ‘ordinary English words’ and assumed that each of them need incredibly nuanced and subtle definitions, to the point where our final version of a statutory test used every single day in the family Courts has moved from something that makes intuitive sense to something that resembles the preamble to an international treaty.

Section 31 of the Children Act 1989 sets out the test which the State, in the form of a local authority, have to meet if the court is to make a care or a supervision order. The test is expressed in words which have an everyday common-sense meaning, and in a sentence structure which can be understood with a modicum of effort.

Were these clarifications and refinements really necessary, or were most of the cases that resulted in these pronouncements just brought about by people trying smart-alec pedantic arguments that could have just been crushed by courts saying that the statute was to be interpreted in common-sense ways?

The same sort of thing has happened with almost every aspect of the Children Act 1989.

The law on designated authority (which of two local authorities is going to need to issue the care proceedings and be responsible for any s 31 order made) has reached a point where the clarifications and guidance provided by the judiciary, far from making the statutory test easier to follow has prompted more and more argument with it almost being impossible for one local authority to tell the other ‘Look, it’s clear, it is you’ without the other responding ‘No, it’s clear, it is you’.

The law on making someone a party to care proceedings, where there is a statutory test set down, but the case law has flitted between guidance that the person seeking to be joined as a party should have ‘an arguable case’, a ‘solid’ case, a ‘case that is not merely fanciful’, a ‘winnable case’ and currently guidance that judges should simply cut through all of that and go back to the statutory test.

On joint residence orders (which we now even have to call by a different name), where the bare Act would simply tell a judge to look at the welfare checklist and to make the order that best meets the child’s welfare, but the authorities have danced around as to whether they are not to be entertained, or to be exceptionally rare, or the best thing since sliced bread, or right in some cases and currently ‘a rare order and only to be contemplated where there is some confidence that it will not work to the disadvantage of the child’.

Section 98’s protection against self-incrimination was a markedly bigger protection for parents than it is today, the case law has undoubtedly eroded the protection that Parliament had given parents.

Section 38(6) – a clause put into the Act to ensure that local authorities would not (as happened in the Cleveland scandal) be having children examined by paediatricians without the Court approving this, which ended up being a justification for residential assessments that cost £30,000 or more, and have ended up with a string of judicial authorities, with the final say of the House of Lords in Kent County Council v G 2006 which re-set to the actual purpose and wording of the statute being largely ignored because lawyers don’t like what it says. The gloss on the statute tastes better to lawyers than the bare statute itself, so the gloss remains the working principle even after the House of Lords removed it from the statute’s lips.

Have any of these pronouncements and refinements worked better than judges simply being told ‘apply the statutory test, apply the welfare checklist, remember the no order principle and that the child’s welfare is paramount’ would have?

If we are to believe the narrative arc of precedents being sculptors who are improving and enhancing the law, then one would have to assume that parents who were coming before the Courts in 1991 were getting worse treatment than they are today, before the High Court and Court of Appeal had come to the rescue with all of the guidance and refinement to the bare statute.

It seems to me that children in 1991 were coming into care for the same sort of reasons as today (although with a lot less evidence about Facebook status, and more cider than heroin) and that parents were having much the same experiences of the courts as they do today. Even the Human Rights Act doesn't seem to have made that much difference to procedure and decisions on the ground. If anything, we've had more children coming into care proceedings, more children being removed and more children being adopted since the law placed a requirement on the state and judges not to interfere with private and family life unless it was necessary and proportionate.

[Annoyingly, the statistics pre-2005 aren't recorded in the same way, making it harder to compare things pre-1998 Human Rights Act with post, and give the objective evidence for that assertion. But I am prepared to buy a hat and eat it if someone provides the evidence that I’m wrong about this claim.]

Of course the role of the Court of Appeal is not merely to refine the law, and its role in staying the hand of judges who make poor decisions or give poor reasons for those decisions is vital. But might we all be better off if the Court of Appeal were largely to confine itself to that role, rather than giving pronouncements as to interpretation of statutory language that are usually ‘ordinary English words, that needs no definition or analysis’?

Do the semantic arguments divert brain-power and scarce resources from actually focussing on the evidence in the case, the merits and arguments of the various options available, and a common-sense spirit of the Act be sufficient to resolve any grey areas?

Could we learn something from William Lamb, Lord Melbourne, who became our Prime Minister in 1834 (despite thinking that it would be a frightful bore and nearly turning down the opportunity because it sounded like too much paperwork) and who was best known for his philosophy of ‘why not leave it alone?’

I appreciate, obviously, the irony in someone who writes about law and analysing precedents arguing that we should probably have much less of it, and that what there has been hasn’t made that much difference to cases being decided on the ground.
Andrew Pack is the winner of the 2014 Family Law Commentator of the Year award.