View from the Foot of the Tower: Adoptions outside of care proceedings 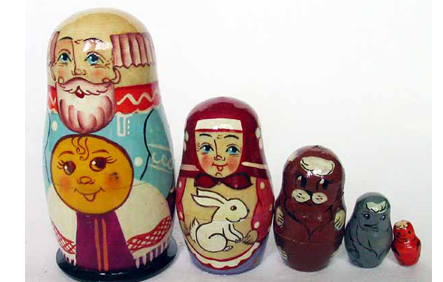 Andrew Pack
Care Lawyer
As practitioners will know, the legal test for the court making a Placement Order (and thereafter an Adoption Order) in care proceedings is that 'nothing else will do', following the Supreme Court’s decision in Re B (Care Proceedings: Appeal) [2013] UKSC 33, [2013] 2 FLR 1075 and the tranche of Court of Appeal case law flowing from this.

What has been somewhat less clear is whether 'nothing else will do' is also the test for a court when considering an adoption where the mother is relinquishing the child for adoption, or in step-parent adoptions.

Fairly recently, the courts have dealt with each of these and given some guidance.

In that case, the original trial judge considered an application for a step-parent adoption and took as the test the Re B formulation that the court should not make an adoption order unless satisfied that 'nothing else will do' and thus not being so satisfied, refused to make the order.

The Court of Appeal considered that the Re B formulation applied to adoptions driven by the State rather than by a family unit, and in essence said that the law on step-parent adoptions remains as it was pre Re B and 'nothing else will do' is not the test in those circumstances.

The test therefore is that where a birth parent actively objects, the court should try to achieve an outcome that meets the child’s needs using traditional private law orders and NOT make an adoption order unless there are strong reasons to the contrary.

Factors which are likely to reduce the degree of interference with the Art 8 rights of the child and the non-consenting parent ['Parent B'], and thereby make it more likely that adoption is a proportionate measure are:


Thus it is possible, as happened in this case, that a birth parent who has played a relatively minor role in the child’s life could lose their legal status and a step-parent adoption order be made, even though the circumstances would be considerably short of “nothing else will do”

Article continues below...
An interesting aspect is the Court of Appeal’s hint, here, that there might be even within care proceedings a lesser test for adoption by a family member than adoption by a stranger (thus raising an entirely new category of adoption for which 'nothing else will do' might not be the test):

'in a child protection case where it is clear that rehabilitation to the parents is not compatible with their child's welfare, the court may be faced with a choice between adoption by total strangers selected by the local authority acting as an adoption agency or adoption by other family members. There is a qualitative difference between these two options in terms of the degree to which the outcome will interfere with the ECHR, Art 8 rights to family life of the child and his parents; adoption by strangers being at the extreme end of the spectrum of interference and adoption by a family member being at a less extreme point on the scale. The former option is only justified when 'nothing else will do', whereas the latter option, which involves a lower degree of interference, may be more readily justified. (para [47] emphasis added)'

This was a case where the mother was Romanian, but living in the UK. She had a baby and during the course of the pregnancy and after the birth was adamant about two things – (i) that she wanted to give her baby up for adoption; and (ii) that she did not want the father or her family to be told of the baby.

One can see that if the court is to treat this as a Re B test 'nothing else will do' than an exploration of the birth family even if just to rule them out is necessary and compliance with mother’s wishes is difficult. That in turn raises public policy issues – if a mother wants to give up a child for adoption but doesn't want her family to know about the baby then there’s a public policy interest that there’s a mechanism that allows her to do this through official methods rather than the old-fashioned leaving the child in a wicker basket outside a police station approach that might be an unpleasant consequence of NOT having that official mechanism.

The judge in Coventry City Council and A had in mind the Re B test that 'nothing else will do'.

Sadly, that’s not a final determination that 'nothing else will do' definitively applies to adoption applications involving relinquished babies, because the mother in this case had never signed the paperwork that would have formally relinquished the baby for adoption, and disappeared. That left the local authority in the unenviable position of having to issue care proceedings, and the Court in the position where there was certain strong evidence about the mother’s intentions and wishes but falling short of the evidence needed for consent (which is that she sign a specified form in the presence of a Cafcass officer).

The Court had, therefore, to approach this as a Re B style case, because it was in care proceedings. The case is also worth reading because it illustrates that in the absence of mother being there to argue against her family being informed and assessed, the Court might well take that course of action, as they did here.

The full argument about whether 'nothing else will do' applies in a genuine adoption application where mother has signed a consent to adoption in the correct process but wider family are unaware, will have to wait for another case, but this is a decent indicator that the courts may well incorporate Re B into relinquished adoptions.
Andrew has been shortlisted for the 2014 Family Law Awards - Commentator of the Year for the second year running. Voting for this award is open to the Family Law community, to place your vote for the award click here.