Variation of periodical payments: are the recent cases a sea change or a damp squib? 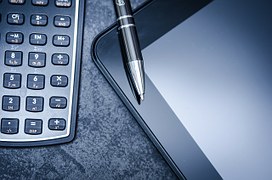 
Introduction to the court’s power to vary

Under s 31(2)(b) of the Matrimonial Causes Act 1973, the court has the power to vary, discharge, suspend or revive any previous order for periodical payments to be made from one party to another. In using this power, the court must consider all the circumstances of the case, with the first consideration being the welfare of any minor child of the family, and whether it is possible to make an order so that payments are only made for such a period as is necessary for the payee to adjust without experiencing undue hardship (s 31(7)).

In considering all the circumstances of the case, the court must consider any changes to any of the s 25 factors since the original order. This therefore involves an analysis of any alterations to the parties’ needs, resources and earning capacities in addition to the simple passage of time.

A familiar predicament therefore presents itself to the family practitioner: broad legislative powers with a high level of judicial discretion as to which of the considerations will be given the most weight. Case law therefore is of the utmost importance.

It is necessary to understand the previous approach of the court to applications to vary before considering the recent case of  Wright v Wright [2015] EWCA Civ 201 and its likely impact.

VB v JP [2008] EWHC 112 (Fam), [2008] 1 FLR 742 provided useful post Miller and McFarlane advice on the approach in variation cases. In this case, the wife was deemed to have experienced a high degree of relationship related disadvantage in the job market as she had sacrificed a career in Human Resources to raise her children and support her husband’s career. Following the divorce, the husband’s income increased as did her children’s needs, leading to an application for upwards variation of periodical payments. Sir Mark Potter, the then President, broke down the key factors into a number of discrete issues of which the following are worth noting:
When considering the wife’s budget, the then President considered the importance of the fact that she was not entitled to further capital from the husband through the back door of her day to day budget requirements. The wife had a very limited earning capacity but it was held that she should enter into training with a view to part time and eventual full time employment which may in time reduce the periodical payments she required. He further held that compensation continued to be one of the strands of fairness to be considered in a variation application. Finally it was noted that in circumstances where the husband’s income had substantially increased post the original order, it is a useful cross check to consider periodical payments as a percentage of his past and current income.

This title brings together chapters...
£62.99
View product
The case of Hvorostovsky v Hvorostovsky [2009] EWCA Civ 791, [2009] 2 FLR 1574considered the appeal of a wife against an order for increased periodical payments with which she was not satisfied. The wife was considered to be a whole life dependant on the husband, who was a successful baritone, but whose success and related increase in income had occurred after their divorce. The court followed a similar approach as in VB v JP in focussing on the need for proportionality, where awarding the wife increased periodical payments, and allowing her a surplus income over and above her assessed needs. Thorpe LJ noted that the single factor of greatest significance was the husband’s greatly increased income, ignoring arguments from counsel that the husband’s success and high income level was unlikely to be long lasting.

Wilson LJ in Vaughan v Vaughan [2010] EWCA Civ 349, [2010] 2 FLR 242 was faced with a different change in circumstance to consider: the claims of a second wife over the husband. At first instance, the judge terminated the first wife’s claims for periodical payments on the grounds that when considering the claims of the second wife, the husband’s future annual income was too low to meet both claims. Wilson LJ however stated that a second wife’s possible claim in the event of a hypothetical divorce should not be a relevant consideration. Further, he considered the principle in Roberts v Roberts [1968] 3 All ER 479 that a husband has a moral obligation to support his first wife in addition to a later cohabitant or second wife, with no priority to be given to either. He concluded that despite the passage of time since the pronouncement of this principle, the court should still always have it in mind and give effect to it where it reasonably can.

It was against the background of these cases that the recent and much publicised Court of Appeal case of Wright v Wright was decided. At first instance, Roberts J had granted the husband a downward variation of payments to be scaled down over 6 years on the basis of his worsened financial situation. The wife appealed on the grounds that the original order had been a joint lives order and that it had therefore been intended that the wife would remain to some extent financially dependent on the husband. Her appeal was dismissed on the grounds that Roberts J had made a thorough examination of both parties’ income and earning capacities and that her findings had been sound. Pitchford LJ noted in particular that a joint lives order had been appropriate at the time of the divorce as there was no certainty as to the wife’s earning capacity at that time. However the subsequent downward variation was justified due to the investigation of the wife’s earning capacity carried out by HHJ Roberts which demonstrated that she could, with training, support herself without recourse to periodical payments.

Despite being hailed by some as the end of joint lives maintenance orders, Wright v Wright clearly still upholds the approach set out in VB v JP in that it is necessary to examine the wife’s budget and her earning capacity on variation of maintenance cases. Nothing new there. However, what Wright v Wright does tend to suggest is a change in the court’s attitude to the wife’s earning capacity. Taking into account as well the decision in Chiva v Chiva [2014] EWCA 1558 where a professional wife with a three year old child was given a term maintenance order as opposed to a joint lives periodical payments order, it does seems that there are changes afoot. These two recent cases do seem to the writer to demonstrate a move to expecting the wife to adjust to being self-supporting despite having a lower income capacity than the husband, and this seems to be of particular importance in variation cases brought some time after the original divorce.

A joint lives periodical payments order is no longer a meal ticket for life. Circumstances change and the Courts do appear to be far more willing now to look at bringing claims to an end earlier than they would have previously. It is also worth bearing in mind that the Unified Family Court is designed to prevent wide scale discrepancies in the application of justice. Anecdotally, it was often the case that a wife would be hard pushed to receive a joint lives periodical payments order in the North of England whereas these were commonplace in the South and in particular in the Greater London area.

If capitalisation isn’t financially viable at the time of the divorce, practitioners should warn the payee that they will be expected to make good any promises made at the time of the divorce to consider retraining and earning a living and it is worth them keeping records of what they have done to try and maximise their earning capacity. To the payer, the recent cases clearly show that the courts are changing their attitude and if they have been paying periodical payments for more time than they were married, it is definitely worth a review of the existing order.