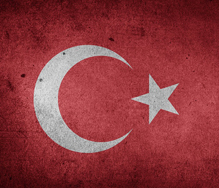 On Friday, 7 October 2016, Turkey signed and deposited its instrument of ratification to the 1996 Hague Child Protection Convention and to the 2007 Hague Maintenance Convention. Both will enter into force for Turkey on first of February 2017. After the turmoil in Turkey in recent months, these are very welcome developments for that country and excellent developments worldwide.

When the UK leaves the EU, it will remain a signatory to the many important Hague Conventions including these two, and therefore it is of benefit to the UK for many countries to be  signatories.

It is particularly welcome news in respect of the 2007 Hague Maintenance Convention. After a slow start, an increasing number of countries are now signing and expected to sign in the coming months. The USA signed in late August and it comes into force with them on 1 January 2017. It covers both child support and family maintenance obligations, for recognition and cross-border enforcement.

There are now 45 signatory states to the 1996 Convention which after a similarly slow start has now considerable momentum and is much used by international children lawyers.

More details of both Conventions can be found in The International Family Law Practice, a new edition of which is being published later this year.