Trusts in the Family Division: A wealth protection tool 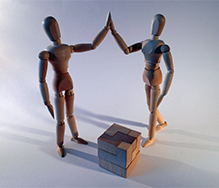 According to Richard Kershaw, partner at Hunters, trusts are familiar territory for all in the wealth management sector.  What may be less familiar is how trusts are treated on divorce and this short article seeks to give an overview of the current position.

Trusts are a well-known wealth protection tool.  This article recognises the existence of different types of trusts (discretionary, fixed interest, lifetime or Will trust) but makes no distinction between them.

The court's approach to trusts has two anchor points – one fixed and one which ebbs and flows with the tide of current judicial thinking.

The fixed anchor point is the Matrimonial Causes Act 1973, specifically sections 24(1)(c) and section 25(2)(a).  The relatively untethered anchor is the case law which has built up in the almost half century since the 1973 Act came into force.

Within this statutory framework trusts are dealt with in two broad ways by the Family Division.

The court has the power directly to vary a relevant trust under section 24(1)(c) of the Matrimonial Causes Act 1973 as follows:

So a nuptial settlement, whether pre marriage, post marriage, made inter vivos or by Will which is a settlement on the parties to the marriage is susceptible to the court's direct powers.  It is a matter of fact, for the court to determine, whether a trust is nuptial or not. However, it is not always clear and the issue may be the subject of competing evidence.

There is a tension in the case law in the Family Division about whether a trust can be "nuptialised".  On the one hand is Mr Justice Coleridge, who is for the proposition that trusts can be nuptialised, see Quan v Bray [2015] 2FLR 546.  On the other side is the late Sir Peter Singer who was a firm "no" in Joy v Joy-Morancho [2015] EWHC 2607.  That debate rumbles on.

The debate is already settled on the other side of the coin, where the Court of Appeal have pronounced that a once nuptial settlement may cease to have that character, C v C per Thorpe J [2005] Fam 250.

The courts still have the ability to take trusts into account even where they are not of a nuptial character but rather where an interest in a trust is a "resource" of one of the parties (s25(2)(a) MCA 1973).  The leading case of Thomas v Thomas [1995] 2 FLR 668 remains good law.  In that Court of Appeal case (which was not actually about a trust but a family company), the Court made it clear that it would not disregard "the potential availability of wealth from sources owned or administered by others".

That erosion (as it may be perceived by some) of third party rights has continued to find favour in the Family Division with the adoption of the principle that the court "looks to the reality" of any particular position, as stated in Charman v Charman (No4) [2007] EWCA Civ 503 where the court said

"It is essential for the court to bring to [its enquiry] a judicious mixture of worldly realism and of respect for the legal effects of trusts, the legal duties of trustees and, in the case of offshore trusts, the jurisdiction of offshore courts."

If Charman was the apotheosis of how not to keep trust assets away from the court's dispositive powers, the recently reported case of Daga represents the opposing paradigm.

The wife was the settlor (referred to as the "Nominee Settlor") of two trusts, with professional offshore trustees with aggregate assets of around US$23 million.   The entire assets of the trust were provided to the wife by her father, described in the Judgment as "astute, very clear and very determined indeed".   Shortly after each trust was settled, the wife signed Letters of Wishes making it clear that the assets hadn't been "earned or accumulated" by her, and that the trustees were to act on "the advice of her father …to the exclusion of all other persons including me".

The two trusts were discretionary in nature, and no payments were received by the parties during the marriage.

Giving evidence, the father made it clear that there would be no distribution from the trusts in his lifetime.

The husband accepted that the trusts were discretionary in nature but argued for an invasion of the trust fund on the basis of his need for capital, for a property in London, justifying the tilt at the trust on the basis that W had "about £20 million plus available to her".

Holman J gave H short shrift saying that such a proposition was "fanciful".  Holman J found that H could satisfy his needs – including property – from income, it being particularly relevant that the parties had always lived in rented accommodation during their marriage.

In a line of authorities starting with Thomas v Thomas (above) it has been established jurisprudence that the Court can, where appropriate, make a lump sum or other financial remedy order in reliance upon funds in a trust, and give the trustees judicious encouragement to provide the funds to satisfy the Order. In Whaley v Whaley [2011] EWCA Civ 617, the Court endorsed a two-stage test – first the Court must be sure to not put undue pressure on the trustees and second the Court must decide that it would be reasonable for the "payer" spouse to seek to persuade the trustees to release capital to enable that spouse to satisfy the Court's order.  Holman J found that "the present case does not conceivably satisfy the second limb of that formulation".

In circumstances where the wife was the "Nominee Settlor" and had signed letters of wishes which irrevocably excluded herself from giving advice to the trustees it would be unreasonable for the Court to expect her to seek to persuade the trustees to make provision for her former husband. Holman J was clearly persuaded that the father was the controlling mind in the family's finances noting "even if a lump sum order is made against the wife, her father will advise the trustees that they should not distribute any funds to her with which to pay it".

In distinction to Charman, where Mr Charman expressly instructed the trustees to consider himself the primary beneficiary (and Settlor), in Daga W distanced herself from trust, in writing, and subsequently received no benefit from it.

Trusts are an ever present feature of financial remedy litigation, particularly involving families with international interests. Daga provides a useful update for parties, and their professional advisers, on what can and cannot be achieved.  As ever, each case turns on its own facts in our discretionary system and one has only to posit modest tweaks to the facts of the case – the parties owning property rather than renting, the father giving less robust evidence – to anticipate a different outcome.

Certainty is a prized possession in any type of litigation. It can often be obtained in the matrimonial context by an appropriate nuptial agreement.  That concept, and the requirements for a valid nuptial agreement, will be familiar territory. Trusts are frequently the subject of carve outs in nuptial agreements, which are likely to be upheld if ever challenged provided the well-known safeguards have been adopted.