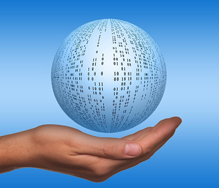 Edward Floyd, a partner at Penningtons Manches in London, writes that there has been a fascinating twist in the tale of the long running, bitterly contested litigation, Quan v Bray (dubbed the ‘Chinese tigers’ case) after the wife’s financial claims on divorce came before Mr Justice Mostyn in December 2018. The case has spanned six years and legal fees of £7 million have been incurred, attracting widespread tabloid interest.

Li Quan and Stuart Bray met in 1990, began living together in 1997 and married in 2001. The husband was a banker, who specialised in complex structured finance. The wife had a passion, and ignited one in the husband, for the charitable cause of saving the perilously endangered Chinese tiger (there are less than 100 in captivity and none in the wild). In 2000 the wife established a UK charity for this cause. A Mauritius trust was established in 2002 into which much of the husband’s wealth was then invested.

The couple separated in 2012, when the wife was removed as a director of the UK charity. Long-running litigation ensued, leading to a reported judgment of Sir Paul Coleridge in the High Court in 2014 which was upheld by the Court of Appeal in 2017, in relation to a preliminary, but centrally important, issue as to whether the Chinese tigers trust was a nuptial settlement, and/or was a resource that was available to the husband as per section 25(2)(a) of the Matrimonial Causes Act 1973.

A nuptial settlement is a trust or other settlement for the benefit of one or both of the parties or their children, created because of the marriage, or referring to the marriage, whether made before or after the marriage. The term ‘settlement’ is not limited to a formal trust-like structure: the court has found that a wide range of formal and less formal arrangements can satisfy the test, including a life policy and a licence to occupy a property.

The importance of this definition is that if the Chinese tigers trust was found to be a nuptial settlement, the court would have been able to exercise its extensive powers to order that the trust itself was varied to provide the wife with capital. Alternatively, if the court had found that the trust was a financial resource of the husband, the court could have made an award against the husband himself, in the expectation that the trustees would make funds available to the husband to meet the liability.

In this case, it was beyond doubt that the trust assets were applied for the benefit of the Chinese tigers project during the marriage. It was not (as seen in other publicised cases) a device to try to put assets out of the court’s reach. Unusually, it was argued by the wife that, through a complex web, the husband could and, she said, would in the future, extract funds back for himself via a ‘back door’. In other words, she argued that the trust had the dual causes of advancing the cause of the Chinese tigers while providing financial benefit and support for the husband and wife personally over the long term.

The decision of Sir Paul Coleridge, upheld on appeal, was that the husband and the wife were not beneficiaries of the Chinese tigers trust, and that the sole and continuing purpose of the trust was, and is, for the benefit of the Chinese tigers project. In other words, the trust was not a nuptial settlement, nor was it a financial resource of the husband in respect of which the court could make orders to provide capital to the wife.

When the case came before Mostyn J in December 2018, his hands were tied by the preliminary findings which had the effect of ‘ring fencing’ the trust. As there were no other current capital resources of the marriage to share, only the issue of the wife’s maintenance remained in contention.

At the preliminary issue hearing, Sir Paul Coleridge had said: “In contrast with the wife's evidence, I found his evidence bore all conventional hallmarks of honesty and accuracy.” The wife was found to be an ‘unreliable witness upon whom the court cannot rely’. Interestingly, by the time of the 2018 hearing, a starkly different picture had emerged, with Mostyn J describing the husband as ‘manipulative, arrogant, menacing and contemptuous of the court's authority. I do not accept any of his evidence unless it is either agreed or is corroborated by clear contemporaneous documents’. The wife was, by contrast, found to be a ‘credible witness’.

The judge was unimpressed by the husband’s ‘contemptuous and arrogant’ attitude to disclosure and his written evidence, where he had mockingly suggested: "I might be able to earn some money as a drug dealer,” and flippantly compared himself to Breaking Bad’s Walter White. He thought this vocation would be ‘considerably more ethical’ than a position as a legal executive with his wife’s solicitors. He found that the husband could continue to generate significant advisory fees from his role with the trust.

And the result? After awarding the wife maintenance of £64,000 per annum, Mostyn J decided to leave open for a later date the wife’s claims for capital for the reason that it was foreseeable that the husband may in due course accumulate sufficient sums to make a proper clean-break capital settlement for the benefit of the wife. Leaving capital claims open in this way is highly unusual as the court’s goal is finality wherever possible. It is particularly exceptional given that this litigation had already lasted for six years and run up such significant costs.

Time will tell if Mr Bray was the ‘honest and accurate’ man who had dedicated his energies and skills to charitable causes, or the ‘unreliable’ villain of the piece, squirrelling away assets in complex structures. Given the history, this is unlikely to be the end of the matter. There may yet be an appeal by the husband against the maintenance order. Similarly, the wife’s claims for capital lie in wait, pending evidence that the husband has generated wealth to meet an award, and achieve a clean break.

The stark contrast in findings about the parties’ credibility underlines the risks of litigation, which comes down to an individual judge’s assessment of the evidence before it. It should encourage those even in complex, high value divorce cases to engage in out-of-court negotiations and look to alternative forms of dispute resolution.

The full judgment can be read here.