Trustees have no greater claims than those of the bankrupt: Robert v Woodall [2016] EWHC 2987 (Ch) 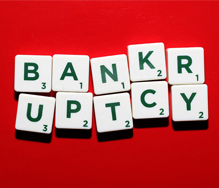 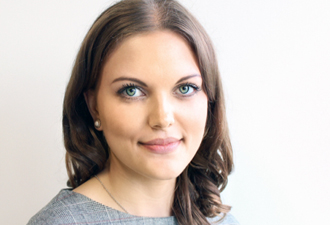 The High Court has stopped fashion victim Trinny Woodall from being pursued beyond the grave by her bankrupt ex-husband. Legal proceedings against Ms Woodall were instigated by her ex-husband’s trustees in bankruptcy in an effort to satisfy outstanding creditors. However, the court has ruled that legal action under the Matrimonial Causes Act 1973 falls under a personal jurisdiction which ceases when one spouse dies.

A statutory demand was served on Mr Elichaoff on 31 January 2009 by a creditor and a bankruptcy petition was presented against him on 9 March 2009.

A consent order was agreed between Mr Elichaoff and Ms Woodall on 5 June 2009 where, amongst other things, it was agreed that Mr Elichaoff repay Ms Woodall £1,412,300 and pay her £24,000 per annum in spousal and child maintenance.

On 13 November 2014 Mr Elichaoff died when he fell from the roof of Whiteley’s shopping centre in Bayswater. An inquest ruled his death was suicide. Following his death, the media reported that Mr Elichaoff had significant debts and had recently lost a lot of money in an oil investment.

On 6 July 2015, six years after Mr Elichaoff was made bankrupt and following his death, the Trustee in Bankruptcy, Mr Ian Robert, (‘the Trustee’) issued an application against Ms Woodall. The Trustee accepted his application was particularly novel. The application sought:

Ms Woodall issued an application to strike out which was heard by Mr Registrar Jones on 23 February 2016. The Registrar declared the following:

The Trustee applied for permission to appeal.

The Trustee made the following arguments:

In reaching his decision, Deputy High Court Judge Dicker QC referred to the case of Harb v King Fahd Bin Abdul Aziz  (Secretary of State for Constitutional Affairs intervening) [2005] EWCA Civ 1324. Here the wife made an application for financial provision under the 1973 Act on the grounds that her husband, the monarch of a sovereign state, had failed to provide adequate maintenance. The husband was successful in claiming immunity on the grounds of sovereign immunity. Permission to appeal was granted, however the husband died prior to that appeal. The Court of Appeal ordered that there be no further order made since the 1973 Act only enabled the court to make orders against a spouse during their joint lives. The case further confirmed that a claim against a spouse for financial relief is not a ‘cause of action’ within the meaning of s 1(1) if the Law Reform (Miscellaneous Provisions) Act 1934, unless an order had been made before the death.

Mr Registrar Jones made it plain in his judgment that ss 23 and 24 of the 1973 Act created rights which can only be pursued by spouses themselves and that those rights 'do not extend beyond joint lives'. He had concluded that the Trustee’s application therefore had 'no merit whatsoever'.

Morgan J dismissed permission to appeal on paper on the basis that even if the Trustee could demonstrate that Mr Elichaoff’s claim for ancillary relief came within the definition of ‘property’ under s 436(1) of the Insolvency Act 1986, the Trustee 'could not be in any better position in relation to that claim than the bankrupt would have been (in the absence of the bankruptcy'. Morgan J therefore dismissed the application for permission to appeal on the basis that such a claim cannot be pursued following the death of a spouse or bankrupt.

After a thorough review of the law, Deputy High Court Judge Dicker QC concluded that the Registrar and Morgan J had taken the correct approach and that 'the suggestion that, whilst a bankrupt may no longer have had any needs after his death, he still had obligations which the court can take into account in determining what order is appropriate is, in my judgment, misconceived'. Permission to appeal was therefore refused.

Transactions at an undervalue

The Registrar concluded that, as a matter of fact, the payments made to Ms Woodall had been made by way of a loan. He said, 'I have found no explanation in the evidence for why the financial information provided by Ms Woodall has not been accepted. On its face it establishes a running account of loans to Mr Elichaoff and repayments by him when he was able to do so'. However, the Trustee set out in his skeleton argument that Mr Elichaoff had told the Official Receiver in his statutory interview that the payments from him were 'not really loans'. His argument was that the Registrar had overlooked or failed to take into account this evidence. Opposing Counsel vigorously defended this point. Evidence was presented to the court that in fact this statement from Mr Elichaoff had not been made during the statutory interview but during a telephone conversation whilst he was resident at a drug rehabilitation centre. Furthermore that the words 'not really loans' had been removed from their context. The file note made at the time recorded the conversation as, 'He also said that he had ‘borrowed’ approximately £1.4 million from his ex-wife although there was no written agreement and he had not included her on his creditor list as it was not really as a loan'.

Despite not having been quoted in full and despite having been represented as being said at the statutory interview, Deputy High Court Judge Dicker QC felt the Trustee ought to have drawn the Registrar’s attention to the file note to ensure it had not been overlooked in his judgment. Irrespective of this fact, he concluded that this was insufficient to conclude that permission to appeal should be set aside. Morgan J had the benefit of the file note and he had concluded that it was reasonably arguable that the Registrar should not have struck out the claim. Permission to appeal therefore remained. The court also concluded that Ms Woodall failed in her cross-application to set aside the cost aspect of Morgan J’s order.

Whilst Ms Woodall’s cross-application failed, the substance of the Trustee’s claim was encompassed in the application for a lump sum or property adjustment order. Deputy High Court Judge Dicker QC was clear in his judgment that rights under the 1973 Act only enable the court to make an order against a spouse during their lifetime.
Categories:
Articles