​Researching Reform: Trend tracker - The welfare of the child and criminal sanctions 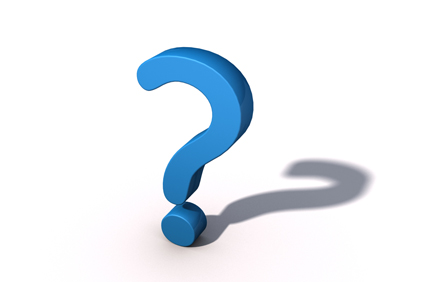 The newly established Family Court, now officially the home of family law, begins a new chapter in the history of child welfare which promises to make the system more child focused and family friendly. At the same time, a growing trend imposing criminal sanctions for behaviour which negatively affects children seems to be pulling at the system. But will this new drive to criminalise parents and carers bolster the new Court or undo the good intentions behind the reforms and provide nothing more than a Pyrrhic victory for

As a phenomenon in its own right, criminalising parents for bad behaviour appears to be a growing trend, and shows no sign of slowing down. In 2012, more than 10,000 parents were jailed over their children’s truancy, and several cases last year saw parents imprisoned for failing to disclose the whereabouts of children involved in care proceedings. This phenomenon though, is not exclusive to

Section 4 of the Bill states:

This is a well-meaning Bill, hoping to protect children from the effects of addiction, but there is a dark side. It has been suggested that this measure has been implemented in order to coerce mothers into seeking out treatment for their addictions (and avoid being charged with assault in so doing). The concerns relate to the knock-on effects of such a sanction if mothers are unable to get the treatment they need. The Bill may pressurise women into having abortions and may unwittingly target ethnic minorities - all without having, it is argued, a tangible evidence base.

Research from the UK highlights the problematic nature of penalties and imprisonment for vulnerable families, especially mothers who may be the primary carers for other children in the home, and sometimes the breadwinner too. Ironically, our criminal courts are now trying desperately hard to keep parents out of prison, favouring a more holistic approach to rehabilitation, and yet corners of our child welfare system seem to be attempting to exact the opposite result.

The recent announcement in the UK that the Serious Crime Bill will include criminal sanctions for parents and carers who emotionally neglect their children appears to sit at odds with the more comprehensive (and compassionate) approach of the Single Family Court. The proposed section states:

(1) It is an offence for a person with responsibility for a child intentionally or recklessly to subject that child or allow that child to be subjected to maltreatment, whether by act or omission, such that the child suffers, or is likely to suffer, significant harm.

(2) For the purposes of this section:

(a) ‘recklessly’ shall mean that a person with responsibility for a child foresaw a risk that an act or omission regarding that child would be likely to result in significant harm, but nonetheless unreasonably decided to run that risk;
(b) ‘responsibility’ shall be as defined in section 17;
(c) ‘maltreatment’ includes

(i) neglect (including abandonment),
(ii) physical abuse,
(iii) sexual abuse,
(iv) exploitation, and
(v) emotional abuse (including exposing the child to violence against others in the same household );

(d) ‘harm’ means the impairment of:

Whilst the section does not seem to outline the suggested criminal penalty such behaviour might carry, the Child Maltreatment Bill (no longer making its way through Parliament), which is where the sections above come from, does. The Bill tells us that anyone found guilty of child maltreatment:

(a) on conviction on indictment, to a fine or alternatively, or in addition thereto, to imprisonment for any term not exceeding ten years;

(b) on summary conviction, to a fine not exceeding £3,500 or alternatively, or in addition thereto, to imprisonment for any term not exceeding six months.'

In fact, much of the research in the

Fines and jail sentences in these cases may only serve to magnify each family’s burdens. Without a way of paying the cost of these penalties, parents may have to face imprisonment for non-payment of fines and children may find themselves without their main carer and only source of income. And yet despite this distinct shift toward more conventional methods of punishment, the Family Court continues to develop alternatives. Alternatives which appear to effect far better results when it comes to reducing crime and improving child welfare.

The highly successful and forward-thinking Family Drug and Alcohol Court (FDAC) offers one such alternative. It is holistic, progressive rather than punitive, and it has been proven to work. It tackles issues like addiction and keeps families together. To date, it has been far more successful in doing that, than any existing criminal measure. When FDAC was involved in court proceedings, 48% of FDAC mothers were no longer misusing substances, compared to 39% of comparison mothers. The figure is even more striking for fathers - 36% of FDAC fathers were no longer misusing substances, compared to none of the comparison fathers ceasing. At the point at which a final order was made, children of 39% of FDAC mothers were living at home, compared with children of 21% of comparison mothers.

The key distinction then, must surely be that whilst criminal sanctions address behaviour after the fact, units like the Drug and