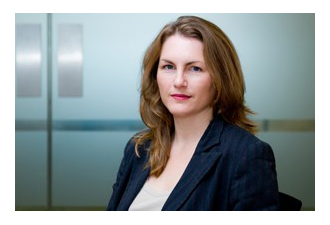 In August THAT Muslim foster carer story hit the press (‘Christian child forced into foster care’, The Times, 28 August 2017). The Times journalist Andrew Norfolk, lauded for his expose of the Rotherham child sexual abuse scandal, was the subject of trenchant criticism for what was widely perceived as anti-Islamic coverage of a case involving a white Christian child placed with (it was said) Muslim foster carers who did not speak English and who withheld a crucifix and spaghetti carbonara from the child. The case has caused all sorts of consternation – about the state of our foster care system, about the importance (or not) of religious and culturally matched placements, about the state of our family justice system, about the state of journalism. We wrote about the case at the time (see below) – in short whilst we had significant concerns about some aspects of the coverage, we later became concerned that some of the criticism of Norfolk might itself not be entirely fair or accurate.

However, the case raised a more general issue about transparency and the role of organisations such as The Transparency Project, which we think is worth highlighting in this column. From the end of August there was a lull in commentary on the foster care case – the Issues Resolution Hearing (IRH) was due to be listed on 2 October. Perhaps more information could come to light so we could make a better job of working out where the facts lay, about the placement, the decision making, the court process, the news coverage. Perhaps not.

It was apparent from the media coverage following the last hearing (see HHJ Sapnara’s published case management order (CMO)) that permission was given to report at least some matters covered in the course of that hearing – s 12 of the Administration of Justice Act 1960 was relaxed by the judge. (Reported remarks during the hearing were clearly within the ambit of s 12). But the remarks we saw reprinted in The Times by the journalist who attended were his selection and we saw the points that he thought were significant. What else, we wondered, might we have been able to work out about what was really going on in this case had we been there? What might we have been able to add to the public’s understanding?

So we considered attending the IRH on 2 October on the basis that the press were likely to attend and were likely to be given permission to report at least some aspects of that hearing. We thought it would be interesting to see whether, with a lawyer’s eye, we might spot points of significance that would shed a different light on things than might be seen by a journalist. The account we might write of that hearing – not pressured by the need for a story or a headline, or to defend our past journalistic choices – might not be the same as the copy submitted by a journalist or approved by an editor. But ultimately we did not go (although we have written about the press coverage arising from the hearing). The reason we did not go is what this month’s column is really about.

We do not have a press card. We are not ‘professional journalists’. We are pretty sure we have a reasonable grip on what it is lawful and appropriate to publish. We would like to think we could be described as ‘responsible’. And we would like to think that we could write a reasonably informative account of a hearing of this sort, and use it to contextualise and analyse previous and contemporaneous reporting. But we are a charity. Most of our volunteers are not based in London. Much is made of the economic pressures on media organisations and the difficulties they have in sending journalists to court. But they at least can be reasonably confident that when they arrive they will be allowed to sit in on the hearing even if they cannot be confident that they will be able to report much of what has been said. We do not have that comfort. If we had headed over to East London Family Court on 2 October the chances were that we would have been sent away (although hopefully not escorted off the premises like Andrew Norfolk).

We are encouraged to see that HHJ Sapnara, recognizing the ‘frenzy’ that has been generated by the case, permitted the publication by Tower Hamlets of an approved statement to better inform the public (something we suggested would help in our coverage of the case). We are encouraged to see that the press on this occasion attended in force to gather information directly rather than writing copy solely based on the account of one party (one journalist attending told us that at least seven major news organisations were present).

But we think legal bloggers like us could add something to what is published by ‘proper’ (‘accredited’) journalists. Our pieces go under our own headlines, and we choose our own ‘slant’, or lack of it. If we held the right of access to family court hearings that journalists do, we might well attend just those sorts of hearings that the press never do – maybe we would cover the Muslim children in white Christian foster placements. Maybe we would cover a case where no one is criticised and nothing goes wrong. And maybe we would sit alongside a journalist and report all the things that have been selected out in the interests of narrative simplicity (and actually link to the judgments some judges go to the considerable trouble of preparing for the benefit of public understanding rather than cherry-pick without acknowledgment that they can be found online for free).

When The Transparency Project was originally conceived it grew from a seed of an idea that legal bloggers would report on cases they had attended. Whilst commercial barriers preventing the regular attendance of journalists at family court hearings are a comparatively intractable problem, citizen journalists in the form of responsible bloggers do not operate on a commercial basis. We have now reached a point where we are taking the first step towards that goal by drafting a proposed amendment to the Family Procedure Rules to allow The Transparency Project and other legal bloggers (along with legal academics and researchers) routine access to hearings on a par with journalists. Like journalists we would still need to seek permission to report very much and such applications would need to be dealt with on a case by case basis.

If we succeed in securing this modest amendment to the rules it will open the way for The Transparency Project to bring together a team of volunteers to report both the unusual and the typical cases for the benefit of the public. It will pave the way for other lawyers and academics to gain a real insight into how family court hearings really operate, to inform research (and subsequently policy) and for other groups and individuals to attend court and develop their own models of innovative public access reporting. One day we hope that legal bloggers will be able not only to correct and contextualise media reports after the event, doing their best with limited information – but also sometimes report alongside journalists, and to keep an eye on the so-called watchdogs of justice. The press perform an important function but they are far from the only answer to a pressing need for open justice.

Our blogs about the Muslim foster carer case are as follows:

A working outline of our proposed rule changes is as follows:

(2) When this rule applies, no person shall be present during any hearing other than:

(a) an officer of the court;

(b) a party to the proceedings;

(c) a litigation friend for any party, or legal representative instructed to act on that party’s behalf;

(d) an officer of the service or Welsh family proceedings officer;

(g) a duly authorised lawyer; and

(h) any other person whom the court permits to be present.

(8) In this rule a ‘duly authorised lawyer’ means a lawyer who is authorised in accordance with any administrative scheme for the time being approved for the purposes of this rule by the Lord Chancellor.

(9) In this rule ‘duly authorised lawyer’ means a qualified lawyer who is:

(a) currently entitled to conduct litigation or advocacy in the family court in England and Wales;

(b) a qualified lawyer employed by a Higher Education Institution in England and Wales in a role involving legal teaching or research; or

(c) a qualified lawyer employed or acting on behalf of an authorised educational charity registered in England and Wales.

(10) An ‘authorised educational charity’ is a charity that has been approved by the Lord Chancellor or the President of the Family Division as such.

And amendment of PD27C to include a new para 4A:

4A. Identification of lawyers as ‘authorised’ –

(1) Authorised lawyers will be expected to carry with them identification sufficient to enable court staff, or if necessary the court itself, to verify that they are ‘authorised’ lawyers within the meaning of the rule.

(a) A current practising certificate accompanied by picture identification;

(b) Confirmation on headed notepaper from the relevant Higher Education Institution of the lawyer’s position, accompanied by picture identification;

(c) Confirmation on headed notepaper from the relevant educational charity of the lawyer’s position, accompanied by picture identification.

The article was originally published in the November 2017 issue of Family Law.