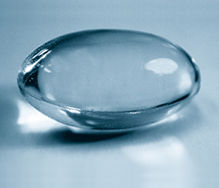 “More than 150,000 people benefited from online justice in 2018”, according to a recent press release from HM Courts & Tribunals Service. Of these, more than 23,000 made applications using the new online divorce portal launched to the public in April 2018, and 39,000 made online civil money claims.

The uptake in digital usage is certainly encouraging, and it shows that some aspects of the massive HMCTS Reform programme may be living up to the hype. But how well is the project doing overall? How transparent are the projected developments? And how are these issues being approached in other jurisdictions? Paul Magrath and Dr Judith Townend discuss the details.

These were among the questions Judith Townend and I hoped might be answered when we joined more than 300 government, legal and IT professionals from around the world of delegates at last month’s first International Online Courts Forum, jointly chaired by Susan Acland-Hood, Chief Executive of HMCTS and Professor Richard Susskind, President of Society for Computers and Law.

The conference was spread over two days, the first of which focused on practical issues and looked at what progress had been made so far, around the world, in digitising court processes.

We have reported extensively on the ambitious and costly HMCTS Reform programme which is currently struggling to drag the courts of England and Wales from the 19th into the 21st century. (See, most recently, The progress of Reform: Autumn 2018 update.) It was therefore very interesting to hear of similar projects in other jurisdictions, though none of them had been quite so extensive or ambitious as that now being attempted here.

The high point of the conference was probably the lecture by Shannon Salter, chair of the Civil Resolution Tribunal in British Columbia, which has succeeded in building an online court for low value money claims and property disputes outside the traditional court and legal structures. This was the model which inspired Lord Briggs, in his Civil Courts Structure Review in 2016, to recommend the establishment of the Online Court in England and Wales, which in turn now forms the centrepiece of the current HMCTS Reform project.

One of the CRT’s most effective features is the Solution Explorer portal which helps those with potential claims to diagnose their problems and offers them contextual legal information and self-help tools. If you are unable to settle or resolve your dispute by other means, you can then start the Tribunal Process. Unfortunately, the HMCTS Reform version of the Online Court does not currently include anything equivalent to the Solution Explorer, which is a shame. Given that one of the aims of the online court is to bypass the traditional legal advice model, this seems a critical omission in an age of legal aid cuts and austerity.

Justice in the palm of your hand

In his welcome address, the Lord Chief Justice made predictable headlines  with the sort of blue-sky vision that tends to distract everyone from the gritty realities close at hand. Lord Burnett said.

“There is no reason why our forms, processes, and perhaps even some hearings should not be optimised for smartphones giving litigants effective access to justice from the palm of their hand.”

He also said justice could not be immune from the implications of the digital revolution and the advances in the use of artificial intelligence. “It is as well that we have not adopted the position of the proverbial ostrich.”

That pointed up a theme that emerged elsewhere in the conference, which was the reluctance of existing legal systems (whether the courts or the judiciary) to engage with change. As Shannon Salter pointed out:

‘The whole common law legal system is based on the assumption that you will get in front of a judge. We know that’s the wrong assumption 98% of the time, but the whole system is still based on the idea you will have your day in court. We turned that on its head.’

In order to do so, however, the CRT had to work outside the system. Another Canadian delegate, Chris Bentley, of Legal Innovation Zone, pointed out that in most provinces of Canada neither the government nor the judiciary had much appetite for disruption.

Governments were more likely to fund developments in the legal system where they could be integrated into other government services, suggested Catherine D’Elia of the New South Wales Department of Justice.

Don’t make it too big or too political, said Erik Boerma from the Netherlands discussing the development of a portal for dealing with financial “supervision” cases (what we would term bankruptcy and power of attorney cases).

Against that background, it’s worth emphasizing that one major difference with the HMCTS Reform programme might therefore be that its development is being managed and promoted by the senior judiciary through their involvement in the governance of the court service. There is no sense in which it is being developed outside the existing system. Rather, it is being assembled within a downsized (partly sold off or demolished) version of the traditional court estate. The claim being made for this radical development, which was underlined by the Lord Chancellor David Gauke in his speech to the conference, is that it aims to put the user at the heart of the system. But another way of looking at that is that it aims to bypass the traditional legal advice model, which might otherwise cost the government in public funding for legal aid, and the current physical courts infrastructure, which is proving so costly and difficult to maintain.

There may have been a perception that, having come late to the online court development party, the English legal system is going overboard in both cost and scale. While the latter may well be true, the former is not. As the contributions from other jurisdictions made clear, very few countries have made substantially more progress in this direction, and most have done so in far less ambitious ways.

We heard major presentations from Australia, the Netherlands, Singapore and the USA, and shorter ones from Portugal, India, China, Denmark and Japan. In addition, there was a ‘melting pot’ session of anecdotal contributions by delegates from Scotland, Brazil, New Zealand, Canada, Germany, Ireland and the multi-jurisdictional Caribbean Court of Justice.

The overall impression one got was that while quite a number of jurisdictions had tackled the digitisation of court processes such as document filing and case management (in other words creating what might be termed e-courts), very few had made any substantial progress towards developing fully online dispute resolution (ODR) courts. Where they had done, it was generally confined to very specific forms of case, such as small civil claims (the pioneering British Columbia CRT being the prime example), or traffic penalties, of regulatory matters.

Likewise, where video links were used at all they tended to be, as here, mostly for linking remote or vulnerable witnesses to a conventional court hearing, rather than as the basis of the hearing itself, something currently being piloted, somewhat hesitantly, by HMCTS.

From this it would appear that the HMCTS Reform programme is, in the sheer scope of its ambition, certainly living up to the hype. (And there has been a lot of hype, which ultimately may prove counter-productive. If expectations are continually being inflated, the disappointment will be all the keener when the reality fails to live up to them.)

The milestone launches over the last year – the online divorce portal, the online probate applications, and the small civil claims online court – are basically quick, easy wins. They may represent a modular development approach in which components built for one purpose can be re-employed elsewhere, as HMCTS Change Director Richard Goodman explained. But we are now nearly half way through a six-year project, extended from its original four-year span, and probably more than a little over budget (the original budget of £970m has already pushed the red needle across the £1bn mark on the dial, and the figure now being talked about is more like £1.2bn).

Meanwhile, as many practitioners and litigants can attest, the existing courts estate is being starved of funds for everyday maintenance and the existing case management systems are struggling as a result of staff cuts and reorganisation. The £1.2bn development must be seen in the context of an overall cut in the Justice budget of 40% between 2010-11 and 2019-20, including a cut of £1bn in spending on legal aid. Whatever the Reform programme may achieve in the long run, an additional cost will have been the deficit in the proper administration of justice in the meantime.

The second day of the conference considered some of the more conceptual issues thrown up by the various developments discussed and compared on the first day. There were four panel discussions, on open justice and fair trials (chaired by Lord Briggs), on technology platforms and obstacles (chaired by Joshua Rozenberg), on artificial intelligence (AI) (chaired by Christina Blacklaws), and on the challenges for policymakers (chaired by Professor Hazel Genn).

These discussions have been conveniently summarised here: Summary of panel sessions

Among the key issues were:

The conference was summed up in a closing address by Sir Ernest Ryder, Senior President of Tribunals, who said he hoped “our appetite for change has been engaged” by what we heard. “Our rules and process have to be intelligible and usable if they’re not to be the exclusive playground of the rich”. In this he echoed what the Lord Chancellor David Gauke had said previously about the complexity of the legal system making it like a “secret garden designed by experts”. So, theoretically, openness and simplicity should win the day, but whether this complex, expensive project will have that outcome remains, still, to be seen.

The forum was an excellent idea and generally well executed, though it might have been useful to have some smaller, more focused, breakout sessions too. HMCTS and SCL have indicated a desire to continue the momentum generated by the event and to facilitate a longer-lasting legacy, by setting up an online forum and resource, and via social media platforms. They have suggested bringing in other people, subject to a need to maintain a secure environment for information sharing. We welcome this. But we would suggest that the forum should widen its stakeholder engagement, particularly in view of the issues of transparency, ethical considerations, digital privacy and data protection, and concerns over access to justice and the rehabilitation of offenders, which these developments inevitably raise.