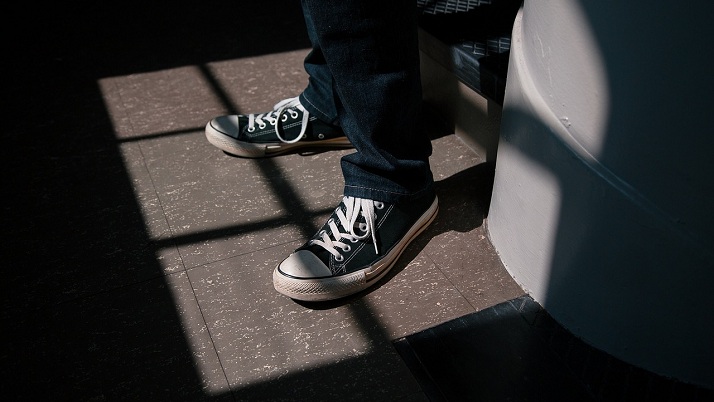 The focus of this case is whether the confinement of a young person aged 16-17 years-old, found not to be Gillick (Gillick v West Norfolk and Wisbech AHA House of Lords [1986]) competent, amounted to a deprivation of his liberty where his parents had consented to such confinement.

In a highly significant decision on deprivation of liberty, the Supreme Court has held that parental consent could not act as a substitute for the subjective requirement under Article 5 ECHR for valid consent to the deprivation.

The Supreme Court held that deprivation of liberty in this case was attributable to the State; as human rights exist to uphold the relationship between private persons and the State, there is consequently no scope for the operation of parental responsibility to authorise what would otherwise be an unlawful violation of a fundamental right of a child.

This case examines the relationship between the rights of children in the context of the use of parental responsibility, and the rights protected by Article 5 ECHR.

The child at the centre of proceedings, D, was 15 when this case was first heard in the Family Division of the High Court in 2015. His diagnosis included Asperger’s and ADHD. He was confined in a hospital providing mental health services; the Court did not consider this to be an unlawful deprivation of his liberty as he was confined with the consent of his parents. D was then later discharged to what in essence was a residential school, where he was under constant supervision and control. Again, this was authorised through the consent of his parents. However, in passing judgment, Keehan J stated that such parental consent could not circumvent an unlawful deprivation of liberty finding once D turned 16. He stated that this would fall under the jurisdiction of the Court of Protection. It was this element of the judgement which the Court of Appeal went on to consider.

The Court of Appeal considered whether the High Court was correct in its finding that parents could not consent to arrangements for a child aged 16-17, which would in the absence of such consent amount to an unlawful deprivation of liberty. The Strasbourg decision in Nielsen v Denmark 1988 (Nielsen v Denmark [1988] 11 WLUK 34)4 proved a very persuasive precedent in this case. The Lord Justices applied the case to under 18s recognising that Gillick incapacity can remain applicable beyond age 16.

The Court held that there was no magic in the age of 16, and that Gillick capacity is child-specific. Consequently, parental responsibility was in principle exercisable in relation to a 16- or 17-year-old child lacking Gillick capacity. The Court held that Keehan J was wrong to hold differently, confirming that parents could consent to what would otherwise be a deprivation of liberty of a 16 or 17 year-old child who lacked capacity to make the decision.

The Official Solicitor appealed this judgement to the Supreme Court on D’s behalf. The main submission of the Official Solicitor was that it was unlawful for any person to consent to the deprivation of liberty of a child who has attained the age of 16 and does not possess the capacity to make the decision himself. If any such person is to be confined, and such confinement is attributable to the State, he is deprived of his liberty within the meaning of Article 5 ECHR and the safeguards therein must apply in order for this to be lawful.

It was evident that the degree of supervision to which D was subject at the placements was not normal for a child of 16 or 17. D’s living arrangements had to be compared with those of children of the same age without disabilities, and the fact that they were acting in the best interests of D did not mean that he was not deprived of his liberty. If the restrictions applying to a child are far wider than what would constitute normal parental control, Article 5 ECHR shall apply to protect children who lack the capacity to make decisions for themselves from being arbitrarily deprived of their liberty.

Lady Hale distinguished between the private law relationship of parent-child and the individual-State function of human rights. If a deprivation, as was the case here, is classified as being attributable to the State, there is no scope for the private law relationship of parent-child to authorise such a deprivation. Lady Hale went on to state that D was subject to safeguarding measures afforded by the Court of Protection.

Public bodies, including NHS Trusts, will now be required to consider whether they need to make applications to the High Court or the Court of Protection to ensure that children under their care, aged 16 or 17 years, are not unlawfully deprived of their liberty.

Children under the age of 16

The position of children under the age of 16 appears largely unaffected by this judgement: for a child under 16, it is within the ambit of parental responsibility for parents to consent to what would otherwise be a deprivation of liberty. Indeed, Lady Black noted that Gillick is more readily applicable to under 16s. Where a child has not attained Gillick capacity and is unable to consent himself, it would constitute a proper exercise of parental responsibility for the parents to consent to the detention of the child in his or her best interests.

Lady Hale did comment that the same conclusion could be reached for younger children whose liberty is restricted beyond what would be considered normal for a child of their age, whilst stating that this was not a question she has been asked to consider in this case. Although Lady Hale’s comments on this point have no binding authority, it will be interesting to see whether such comment carries any persuasiveness in future cases involving children under 16.

DEPRIVATION OF LIBERTY: Cheshire West and Chester Council v P [2011] EWCA Civ 1257, [2012] COPLR 37
Authors: Samantha Bangham
23 MAY 2012
Detention and Deprivation of Liberty: the interface between the Mental Health Act 1983 and the Mental Capacity Act 2005: Part 1
14 SEP 2012
Judicial deprivation of liberty authorisations
8 AUG 2014
Analysing the Government response to the review of the law on deprivation of liberty
23 APR 2018

DEPRIVATION OF LIBERTY: Cheshire West and Chester Council v P [2011] EWCA Civ 1257, [2012] COPLR 37
Authors: Samantha Bangham
23 MAY 2012
Detention and Deprivation of Liberty: the interface between the Mental Health Act 1983 and the Mental Capacity Act 2005: Part 1
14 SEP 2012
Judicial deprivation of liberty authorisations
8 AUG 2014
Analysing the Government response to the review of the law on deprivation of liberty
23 APR 2018