The role of Shariah Councils in England 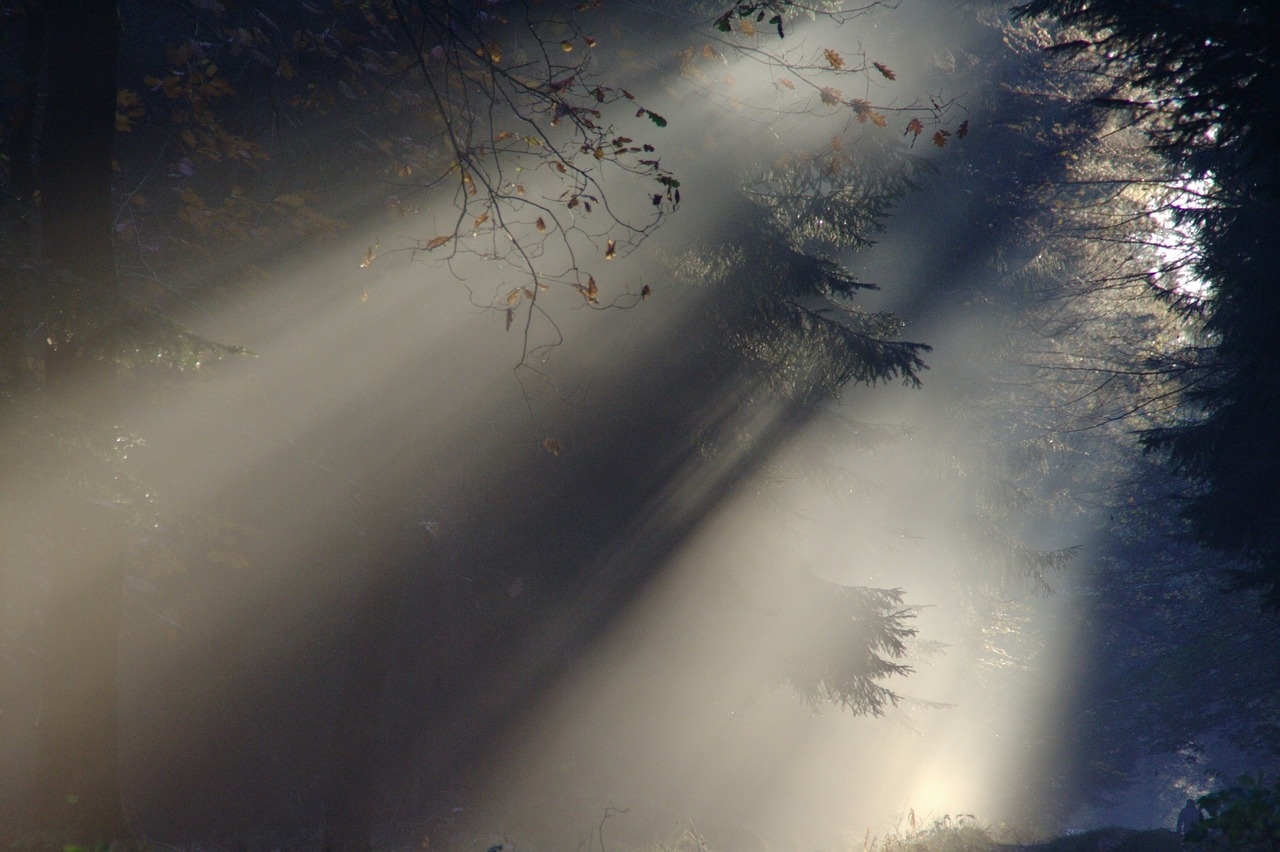 Siddique Patel
Solicitor
There has been plenty in the media about Shariah Councils and what they supposedly do or don't do. As is always the case, there is a need to separate fact from fiction, and so this article (in a question and answer format) is designed to clarify and distinguish between the two. It is based on my previous experience as a pro bono legal advisor to a Shariah Council in the north of England.

What is the primary purpose of Shariah Councils?

Shariah Councils are established and run by qualified Islamic scholars to resolve marital disputes between Muslim couples. Sometimes they are called upon to mediate in an attempt to reconcile a marriage, but usually their services are utilised to Muslim women who are 'stuck' in unsuccessful marriages when their husbands refuse to give Islamic talaq (divorce) unreasonably.

Simply put, Shariah Councils are used by Muslim women as a mechanism by which they can obtain dissolution of the Islamic Nikah (Islamic marriage) when their husbands unreasonably refuse to give talaq.

Why is a civil decree absolute not sufficient?

Shariah Councils can only dissolve marriages from an Islamic point of view. This because Muslim couples usually perform the Nikah ceremony, with a lot of couples choosing not to perform the civil registry marriage in accordance with the Marriage Act 1949. Even if both ceremonies are undertaken by the couple, owing to a difference of opinion in Islamic jurisprudence it is best that the Nikah is formally dissolved. This cannot be done by a civil court.

It it also worth remembering that a Nikah performed in England is not a valid civil marriage in accordance with the Marriage Act 1949 unless the place where the Nikah is performed is registered as a place for solemnisation of marriage.

Why are they called 'Councils'?

In truth, it does not matter whether they are referred to as 'council', 'panel', 'board' or anything similar. The main thing is that they are not called or referred to as 'Shariah Court'. This is because they have no jurisdiction in England.

If they have no jurisdiction, why do some Councils make decisions relating to children and/or financial matters?

The Shariah Councils have no legal jurisdiction in England whatsoever. The majority of these establishments are fully aware of this and clearly advise people who use their services accordingly. If there are any court orders in place relating to children, finances or even any injunctions, they must be obeyed and Shariah Councils should do everything in their power to ensure that they are not breached.

Unfortunately, there is an unknown small quantity of Councils who have made headlines in the media due to the fact that they have seemingly breached or told parties to breach court orders. This sort of bad practice must be rooted out, but it is certainly not the norm. The only issue that the Councils can make a decision on is the dissolution of Islamic marriage.

What is the procedure used by Shariah Councils?

The application is usually made by the wife and usually for a fixed fee. Some Shariah Councils sometimes apply fee exemptions depending on the circumstances. The wife is asked to provide a statement or letter detailing her reasons for wanting dissolution in a manner similar to Part 6 of the civil divorce petition.

The husband is contacted by the Council, sent a copy of the wife's statement and then asked to respond within a specified period of time. Depending on the response, options of reconciliation or dissolution of marriage are then explored by the Council. Usually, the parties are called in for a meeting, either separately or together, and an outcome is then reached either by the couple agreeing to consent or decided by the Council itself.

What must be noted here is that no two Shariah Councils have the same procedure, but usually a variation of the general procedure as described above. Readers are also reminded of the Islamic jurisprudence which advocates mediation/reconciliation: hence why the procedure used by Shariah Councils is not just a paper-based process as per the procedure for civil divorce. However, this is where Shariah Councils need to be careful, as in setting up a meeting between the couple in question they may inadvertently be causing the parties to breach court orders such as non-molestation orders. In that past, I have been very clear in advising that all parties making applications to Shariah Councils should inform the Council if any court proceedings were ongoing or if any orders were in force and, if so, that the parties provide copies of these orders. This would then ensure that the Council is aware of and can abide by whatever order was in place, and therefore not undermine the law in any way.

In my experience advising a Shariah Council in the north of England, I saw no evidence that the Council condoned, advocated or even attempted to 'brush under the carpet' any incident of domestic violence. In Islam, violence towards any human being is not tolerated, let alone violence towards a spouse. All the scholars I have worked with and advised have been strong in protecting the rights of vulnerable women, and clearly advised them to report matters of domestic violence to the police.

Unfortunately, as many practitioners will know from experience, this is where culture steps in and clouds the issue. Often, due to misconceived ideas such as family honour and the patriarchal nature of sub-Asian culture (including pressure from family and extended family members), women do not report violence and, even when encouraged to do so, do not take the matter any further. This is a continuing minefield for Shariah Councils.

How can Shariah Councils improve?

As explained above, no two Shariah Councils share the same procedure. This lack of consistency is one of the many criticisms levelled at Shariah Councils, together with the issue that there is no apparent right of appeal and no central body governing Shariah Councils.

I have also been a strong advocate that, if Shariah Councils are to continue operating in England, they must each have a legally qualified legal advisor on board who is versed in English law and procedure. Of the many benefits this brings, one of the main ones is that it will ensure that the Council will not undermine the law in any way. Indeed, this was the basic premise of my involvement as a legal advisor with the Shariah Council in the north of England.

There is also, I feel, the need for scholars on these Councils to be trained to a basic yet professional standard so that they meet the needs of the vulnerable people (usually women) who utilise the services of a Shariah Council. Quite often, I found this to be the most lacking aspect of a Council's dealings with individuals, and I have in the past provided training to Shariah Councils to improve the professionalism and sensitivity with which they conduct themselves and their overall procedure.

It would also be a huge benefit to all if there was some standardisation of fees charged by Councils to men and women. Whilst some may argue that the Councils do not intend to discriminate and have a higher charge for women because there is more work to be done when a woman makes an application, if costs cannot be reduced then at least the charges should be the same so that there is no disparity and people are not discouraged from making applications. I say this at a time when the MoJ has just increased the divorce fee to £550, making the cost of civil separation even higher.

It may also be suggested that the Shariah Councils could employ a similar fee exemption system used by the courts for more vulnerable parties and parties on government benefits. While that is not too bad an idea, it must be remembered that, while every civil servant is paid by Her Majesty's government, it is common knowledge that the majority of scholars who sit on Shariah Councils take no remuneration, or, if they do, only enough to cover their expenses, and the fees charged are merely to cover the cost of basic administration.

As a lawyer who has seen both good and bad practice by Shariah Councils, I would say that, as with any other organisation, there is a definite need for improvement in certain key areas, and the ones which are actively curtailing the rights of vulnerable people should be shut down and dealt with immediately.

This is where, if the government does finally decide to go ahead with its planned review of Shariah Councils, serious thought must be given to a clear structure and methodology for the operation of Shariah Councils, with accountability and transparency being kept in mind at all times. However we must be careful and, just because there may be an exceptional minority of badly run Shariah Councils, not throw the baby out with the bathwater and say there is no need for them at all.
You can follow Siddique Patel on Twitter: @tweetmsiddique

The views expressed by contributing authors are not necessarily those of Family Law or Jordan Publishing and should not be considered as legal advice
Categories:
Articles