The ripple effect: the family law consequences of allegations of sexual misconduct in the workplace 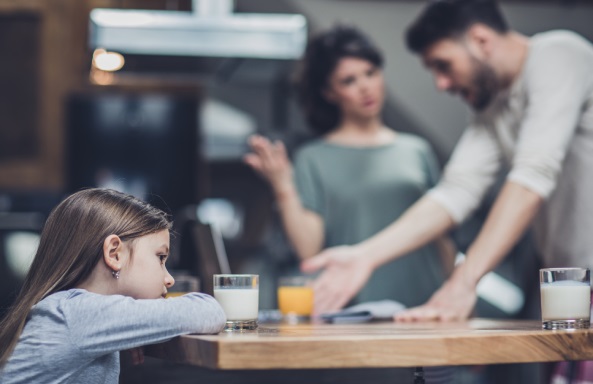 Two years on from the start of the #MeToo movement, many of those involved in the often high profile harassment cases which came to light as a result are continuing to see repercussions. The ripple effect of the actions of those involved in sexual misconduct claims can often be seen long after the incident comes to light, and by many others beyond the complainant and accused.  This is particularly so in those cases where marriages have been brought to an end following such allegations coming to light, and where the circumstances leading to the marriage ending are often also of significant relevance to the financial aspects of the divorce proceedings, which can take months, or even years, to resolve.

The recent press coverage of the high profile departure of McDonalds CEO Steve Easterbrook following what was described as a consensual workplace relationship in breach of company policy is demonstrative of the firm stance employers are now taking to such allegations. In the context of marital breakdown, a loss of employment due to one’s alleged actions can take on additional significance.

How #MeToo allegations can affect financial orders in divorce proceedings

In these types of cases, a divorcing spouse may invite the court to take the accused’s conduct into account when determining the appropriate financial order to make. Section 25 of the Matrimonial Causes Act 1973 provides that the court has a duty to take into account all the circumstances of a case in determining what orders to make, having particular regard to specific factors, including “the conduct of each of the parties, if that conduct is such that it would in the opinion of the court be inequitable to disregard it”.

Case law demonstrates that a high threshold has to be met before conduct will be taken into account, and it is generally accepted that the courts are reluctant to take into account conduct which is not financial in nature. The most common circumstances in which the court will take conduct into account are cases involving non-disclosure of assets.

Although the fact of a sexual misconduct scandal may not in itself satisfy the conduct threshold, a party divorcing their spouse in those circumstances may be able to do so by drawing the court’s attention to financial consequences stemming from it. Those financial consequences could include loss of earnings (particularly in cases where the accused spouse is effectively unemployable as a result of their behaviour, or where they are the subject of criminal proceedings, and so may be unable to earn due to imprisonment) and damage to reputation for both parties (of particular relevance to those in the public eye, or where there is significant press interest in a case). The divorcing spouse may even ask the court notionally to “add back” to the matrimonial assets the costs of any financial settlement made to the complainant, or of criminal, employment or reputational advice sought by the accused, such that those costs are deducted from their share of the matrimonial assets.

By contrast, the accused spouse may seek to argue that the fact that the damage to their career stemming from the allegations made against them has caused significant or fatal damage to their future earning capacity should serve to reduce any award made to their spouse. This is because “the income, earning capacity, property and other financial resources which each of the parties to the marriage has or is likely to have in the foreseeable future” is a further factor in the section 25 exercise which the judge must carry out.

A paying party may argue that they cannot afford the level of payments sought by their former spouse to meet their future income needs, on the basis that their ability to earn has been so severely diminished that both parties will now need to tighten their belts and adjust their standard of living accordingly. Although such claims are common in the context of divorce, high earning individuals accused of sexual misconduct may be able to demonstrate a genuine and fundamental change of earning capacity such that the court must factor this into the financial award.

It may be observed that the above arguments could simply cancel each other out, in circumstances where one party is arguing that the loss of income should increase an award, and the other equally vociferously arguing that it should decrease it. However, judges in the family courts in England and Wales operate against a hugely discretionary landscape, in which they must give what they deem to be appropriate weight to relevant factors.

As a result, the above arguments may be pursued in two cases with markedly different effect, depending on the parties’ specific circumstances. For example, in a case with limited capital, where the main asset is the husband’s income and future earning capacity, his loss of employment as a result of sexual misconduct allegations may prove fatal to his wife’s claims. If, in the same circumstances, the parties had significant capital accrued that husband may find his wife receiving a greater share of the assets following her successful pursuit of conduct arguments. If there are sufficient assets to allow it, her award may also include an element of capitalised maintenance if she is able to convince the judge that her future spousal maintenance should not be tied to the husband’s uncertain professional future.

Beyond the financial consequences of such misconduct allegations for divorcing couples, the sometimes public and often dramatic circumstances of the relationship breakdown can also lead to high levels of conflict in addressing wider matters, such as the care of the parties’ children. Where parties are unable to reach an agreement directly, whether with or without the assistance of solicitors and, where appropriate, mediators, they may conclude that they have no choice but to seek the assistance of the courts. Although the allegations made against the accused of sexual misconduct are only legally relevant insofar as they are deemed to affect the child’s safety or their ability to care for them, and so the subject itself may not otherwise form a key element of those proceedings, such cases are nonetheless more likely to end in court due to the serious damage done to the parties’ abilities to communicate appropriately and co-parent effectively.

Family lawyers are continuing to see complex and often highly contentious cases stemming from allegations of sexual misconduct in the workplace, with every indication being that this will continue as not only current but also historic incidences of alleged misconduct continue to come to light. Given the particular technicalities and sensitivities of such cases, as outlined above, those involved are encouraged to take legal advice from an early stage in order to guide them through this difficult legal landscape.

This article was first published at www.kingsleynapley.co.uk and is reproduced with permission.