The process of reform - in summary 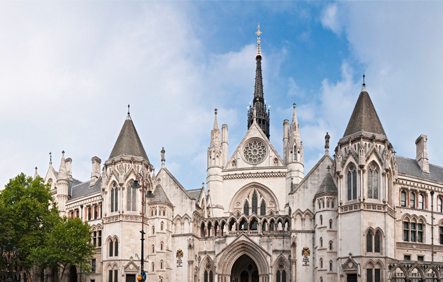 On 9 June 2014 the President released his 12th 'View from the President's Chamber', this one headed 'The process of reform: next steps' and focusing on what will be happening next. The full 12th View can be found here, but a number of the salient points are set out below.

Mostyn J and Cobb J have been invited to chair a new Financial Remedies Working Group, which is to look at ways of improving the system for litigants in person and further look at improving good practice in financial cases. There will be five main strands to the review:

The Financial Remedies Working Group will be producing an interim report by 31 July 2014.

Hayden J and Russell J will be chairing another new working group, the Children and Vulnerable Witnesses Working Group, with input from the Family Justice Council. There will be three elements to this project:

The Children and Vulnerable Witnesses Working Group has also agreed to produce an interim report by 31 July 2014.

The Law Commission’s report, Matrimonial Property, Needs and Agreements, produced in February 2014, recommended that authoritative guidance on 'needs' be produced by the Family Justice Council. A further working group, a Family Justice Council Working Group chaired by Roberts J, will be moving forward with this project.

The President confirms that he will be issuing a consultation paper on transparency shortly, dealing with the impact and the working to date of the Practice Guidance on Transparency in the Family Courts issued on 16 January 2014; seeking views and suggestions as to whether any steps can be taken to make the listing of cases in the Family Division and the Family Court more informative on the subject matter of the cases; seeking views on further guidance (still to be issued) dealing with the disclosure to the media of certain categories of document; and seeking views on the possible hearing in public of certain family cases.

In order for an expert to be instructed in children cases now, the court must be satisfied in accordance with s 13(6) of the Children and Families Act 2014 that the expert is 'necessary' to assist the court to resolve the proceedings 'justly'. There is a real issue about the funding of these experts, and this remains very much a live issue. The President’s comments regarding this tie in with his adjournment of the case of Q v Q [2014] EWFC 7, [2014] 2 FLR (forthcoming) and with the concerns raised in the recently published decision of HHJ Wildblood QC in Re B (A Child) (Private law fact finding – unrepresented father), D v K [2014] EWHC 700 (Fam). We can clearly expect further reports and comment from the President in this area in the future.

The View also touches on a cross-jurisdictional Committee set up under up to consider the role of McKenzie Friends, a pilot scheme for DNA and hair-strand testing starting this month in the Bristol and Taunton DFJ areas, the ongoing problems with interpreters in family cases and the guides and materials being produced by the Private Law Working Group (PLWG) following the implementation of CAP.

With all these working groups’ reports and consultations to come, the developments in family law are clearly continuing apace.

Check out our Family Law Reform page, which is a free resource bringing together everything you need to know about the family law reforms in one place.