The process for Jewish and Muslim women seeking a divorce 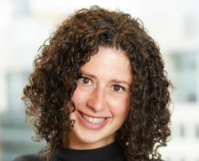 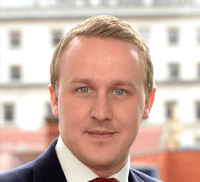 Under Islamic law, the Talaq divorce is a simple procedure that can be performed by the husband alone. If a husband refuses to pronounce Talaq, the wife may request a Sharia divorce from a Sharia law body (such as the local Sharia Council). The process is costly and time-consuming for wives, although there can be variations between Muslim countries.

Unlike men, Muslim wives cannot unilaterally divorce their husbands. Without a religious divorce, Muslim wives cannot remarry according to religious law. If the wife seeks a divorce, she has to follow a complex procedure where she must engage with her local Sharia Council in a way which is not required of a man. Each Sharia Council operates according to its own procedures and practices.

Islamic women may feel under pressure to reconcile with their husbands, or find themselves prejudiced in discussions about their finances. The power to grant or deny the woman a divorce lies with the Imam who may have an ongoing relationship with the parties’ families, or with the parties, through their local mosque. However many Islamic religious leaders are starting to denounce the inherent prejudice towards Muslim women.

The Islamic Community, unlike the Jewish Community, still operates the separation of the religious and state marriage. Many Imams have not registered their mosques to be able to conduct a civil marriage or become authorised officials. On divorce, many Islamic women discover that their civil legal rights are as cohabitees if the religious ceremony has taken place in this country and has not been registered in accordance with the laws of England and Wales to constitute a valid marriage. This severely prejudices their rights to maintenance and possibly capital asset distribution, as well as being denied rights of inheritance and pensions.

Contrast the position with a Talaq obtained overseas. This can create a number of additional difficulties. The divorce will (subject to certain criteria) be recognised in this country providing it has taken place in accordance with the laws of the country in which it was pronounced. The authority of MET v HAT [2013] EWHC 4247 (Fam), [2014] 2 FLR 692 is a stark reminder of the difficulties that can arise. In that case the husband obtained a ‘triple Talaq’ declaration in Egypt after the wife had issued English divorce proceedings. This supplanted the divorce proceedings in this country. Furthermore, the wife was not entitled to financial relief on a foreign divorce because the Talaq, by definition, is a ‘non-proceedings’ divorce pronounced by the husband in his home country.

Under Jewish law, only a man can instigate a religious divorce ('Get'). 'Get' refusal is often about controlling the life of a spouse, even after the marriage is over. 'Get' refusal may be used to extort financial concessions and used effectively as blackmail in a dispute over children.

If a man refuses a wife her 'Get', the Beth Din may step in to exercise powers of influence. Many Orthodox communities will place social or financial pressure upon a recalcitrant husband to urge him to divorce his wife.

Some communities will refuse to allow him to participate in the life of the synagogue; friends will cut off relations with him; and the members of many communities will refuse to do business with him. Jewish communities often publish the names of these men in their newsletters, the local papers and on the Internet, guaranteeing that the man’s bad behaviour is widely known. Often concerned members of a community will picket outside the home of a recalcitrant husband, or call for a boycott of his business or store.

In 2015, the London Beth Din, the court of the Chief Rabbi, placed an advertisement in The Jewish Chronicle, a widely read Jewish publication, naming and picturing John Abayahoudayan, who had refused to grant a 'Get' to his wife for the past 15 years. These tactics can be very effective.

In previous generations, the threat of being ostracised from the Jewish community was an effective means of preventing 'Get' refusal.  In the modern day, sanctions may not be as effective because the social fabric and authority of the Jewish community has changed. Factors such as the geographic mobility of recalcitrant husbands have greatly increased and recalcitrant men may leave the community which knows of their refusal, or be indifferent to social communal consequences. Unfortunately, most Jewish communities are not united under the auspices of one specific communal body or rabbinical court, thus severely limiting the efficacy of any social or religious sanctions imposed by a given Beth Din.

If, for any reason, a Jewish couple is unable, or unwilling, to proceed with a religious divorce, then according to Halacha (Jewish Law) the woman is still tied to her former husband. The Hebrew term is Aguna which literally means chained. Were she to remarry in civil law, (she cannot of course remarry religiously), her second marriage would be technically adulterous in Jewish Law and therefore any children of that marriage would be the offspring of a prohibited union and debarred from marrying another Jew. The Hebrew term is Mamzer, which loosely translated means illegitimate. That child will be prohibited from marrying within the Jewish community.

The Matrimonial Causes Act 1973 contains various provisions about proceedings after the Decree Nisi. The grounds upon which a party may apply to prevent a Decree being made Absolute are contained within ss 10 and 10A.

Section 10A of the Matrimonial Causes Act 1973 provides a civil remedy to religious couples as it permits a party to apply to prevent the court from pronouncing Decree Absolute until the 'Get' is obtained. The stay of a Decree Absolute will continue until the court is satisfied by a declaration from both parties that the marriage is also dissolved in accordance with Jewish Usages. Once a valid religious divorce has been granted, an English court will pronounce a Decree Absolute and the parties will be divorced according to both religious law and English law. Per Baker J in Miller-Smith v Miller-Smith (No 2) [2009] EWHC 3623 (Fam), [2010] 2 FLR 351 [para.18]:

'[F]or cases involving marriages conducted according to certain defined religious usages, the court has a statutory discretion to order that a decree nisi should not be made absolute until the parties have made a declaration that they have taken such steps as are required to dissolve the marriage in accordance with those usages.'

If you have had a Jewish marriage alongside a civil law marriage, it is therefore important that you tell your legal advisors of this so that they can ensure the civil law divorce dovetails with the religious one.

Difficulties faced by Jewish and Muslim women when seeking a religious divorce
12 JUL 2017
The new divorce petition form: adultery and the significance both generally and in the Jewish faith
Authors: Carla Ditz Pamela Collis
7 DEC 2017

Difficulties faced by Jewish and Muslim women when seeking a religious divorce
12 JUL 2017
The new divorce petition form: adultery and the significance both generally and in the Jewish faith
Authors: Carla Ditz Pamela Collis
7 DEC 2017